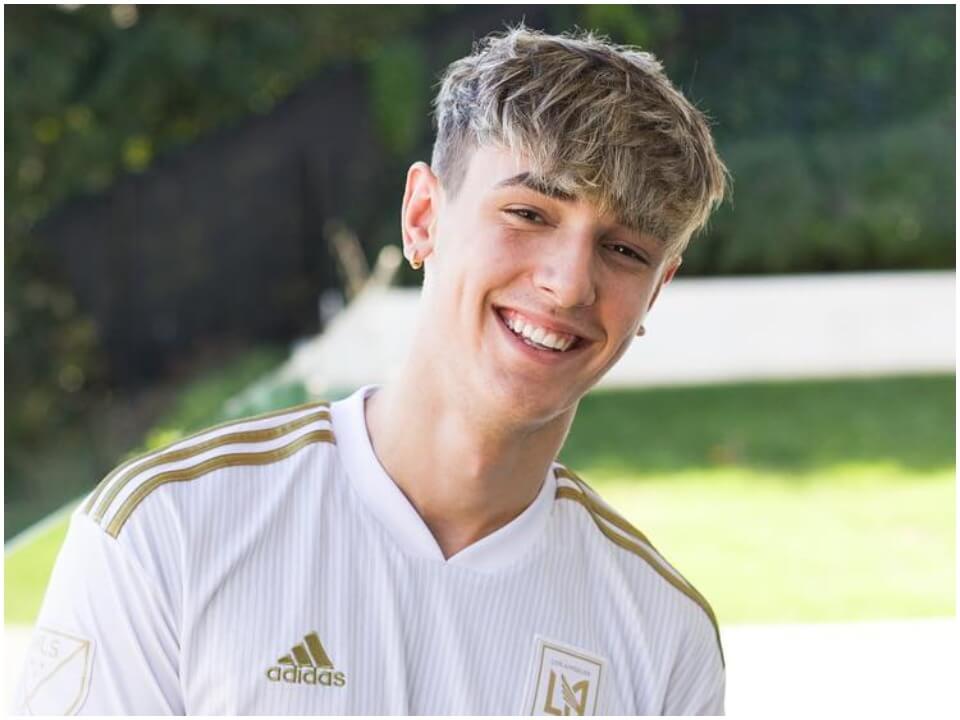 Bryce Hall is an American social media sensation prominently known for his Tik-Tok account where he uploads lip-syncs and freestyle dance videos. He runs a YouTube channel as well. He is a member of Sway House based in Los Angeles along with Noah Black, Kio Cyr, and many more celebrities. Recently he became a hot topic and trending on the Internet as he will be facing in a YouTube vs TikTok fight against Austin Mcbroom.

Bryce Michael Hall was born on August 14, 1999, in Ellicott City, Maryland, United States. His upbringing was quite complex because he was raised by his mother, Lisa Hall. Bryce doesn’t have a good relationship with his father and he also promised himself to be like his father ever. For Bryce, his mother has been his greatest strength and number one supporter. Bryce is the only child and thus has no siblings and finished his schooling at Howard High School in Ellicott City. He stated that during his school, he was bullied quite a lot as he was a kinda nerdy type of guy.

At the age of 15, Bryce started to upload videos on YouNow, his main motive to use the platform was to make new friends. He was also active on Vine before it was shut down. He moved to musical.ly and even started his own YouTube channel in 2015. Now he vlogs on his channel, collaborates with the artist, posts challenges, and gives insights into his lifestyle. As of 2020, he has 2.82 million subscribers and more than 175 million views altogether.

Bryce got very famous due to his online presence, this earned him a spot on Press Play Tour in 2015. But in the early days of the tour, he was removed for not abiding by the rules of the management company. Later he also got into a controversy but didn’t take the matter any further. In 2019 he was signed with TalentX entertainment and became a part of the social and content creating group Sway House with other members Noah Beck, Quinton Griggs, and other social media personalities.

Bryce was on Press Play Tour in August 2015, he was selected along with wit other internet personalities. But soon he was kicked out of the tour due to his behavior for not following the rules. He even took the matter to Twitter stating he will expose Press Play but as many people advised him not to do so he took a step back. Bryce has been arrested a couple of times by the police for drug-related charges. He has been charged for the consumption of marijuana. He has also made tweets against the LGBTQ community which made his fans disappointed, but he apologized for all his wrongdoings.

On August 19, he had thrown a party against the regulations, violating the city rules and not following the measures against the Coronavirus pandemic. On 28th August he was charged for the same. Apart from his social media, he tried his hands in the ring recently where he competed against Austin Mcbroom where he lost the battle. The result of the fight was obvious well before it happened because Austin was a sports guy so his stamina and strength must be far better as compared to his. Despite this, that fight attract lots of attention from all over the country and also became a trending topic as well.

In 2019, Bryce was dating an influencer Elle Danjean for a few months and later dated Tik-Tok star, Addison Rae. Although for many months both denied the rumors and later made their relationship official by confirming it. Both have been making Tik-Tok videos together and post a lot of pictures. However, both have parted ways as their relationship was more of an on-off relationship. After their separation, Bryce found a new love of his life, Riley Hubatka who is a fellow TikTok and social media star.

Bryce has a fan following of millions on all social media platforms, especially on Twitter and Instagram. He runs his own YouTube channel and has collaborated with many artists. Bryce is represented by TalentX entertainment and working for various endorsements and promotions through his social media. It is estimated that his net worth is over $3 million.