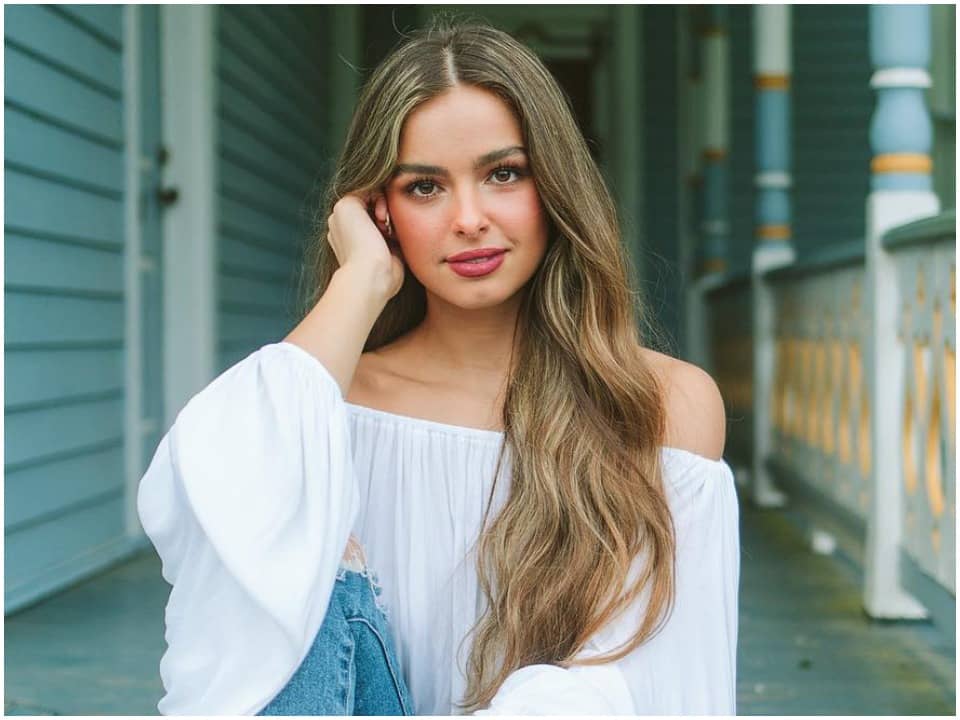 Addison Rae is a young, popular, and talented American Social media personality, businesswoman, and actress.  According to Tik Tok, she has been ranked 2nd most followed personality on the platform in September 2020. She is also a co-founder of a makeup business called Item Beauty.  Because of her personality, she gained huge attention and also endorsements deals from top brands like Fashion Nova, Uptown, Reebok, L’Oreal, Hollister, American Eagle, and McCary’s Jewelers

Addison Rae was born in Lafayette, Louisiana, the United States of America on 6th October 2000. Sheri Easterling and Monty Lopez are her parents and they also own their personal Tik Tok accounts. She has two brothers whose names are Lucas and Enzo. Rae did her high school studies at Calvary Baptist Academy and for her further studies, she went to Louisiana State University where she was going to study sports broadcasting.

At the age of six years, she used to participate in various dance completion across the country. In 2018 she had a voice role in an animated film called Marnie’s World which was directed by Wolfgang Lauenstein and Christoph Lauenstein. In July 2019 she came to fame because of her posts on Tik Tok. She used to post videos of her dancing to the trending songs.  She was also a part of The Hype House which is a collaborative group of Tik Tok Personalities. By the end of October, she was planning to become a sports activities broadcaster but since her Tik Tok had millions of followers so she decided to expand her social platform.

She left her University in November 2019 and started her YouTube Channel where she receives a maximum of 15 million views. In 2020 she has been nominated at The Streamy Awards for the category of Creator of the Year. In January 2020 she signed a contract with a talent agency named WME along with her parents. She releases a weekly podcast to Spotify with her mother called Mama Knows Best from July 2020. She has also launched her own Cosmetic line which she has co-founded with a beauty startup called Made by Collective. Addison will release her single “I Got It Bad” and she shared just a glance of it through her TikTok Account.

Apart from social media, she is soon going to be seen in the acting world as well. She appeared in a film called He’s All That which is a remake of the 1999 teen comedy film called She’s All That. She portrayed the role of Padgett Sawyer although, the film didn’t perform as per the expectation. If we believe sources, then she is also trying to expand her business as well.

Addison Rae earns a lot from her social media posts and soon from her acting career. She has also endorsed brands like Fashion Nova, Chantilly Boutique, Uptown, Reebok, L’Oreal, Hollister, American Eagle, Cheapskate, and McCary’s Jewelers. Apart from that she also has her own merchandise products like hoodies, T-shirts, and many more. Her net worth is estimated to be around $5 million.