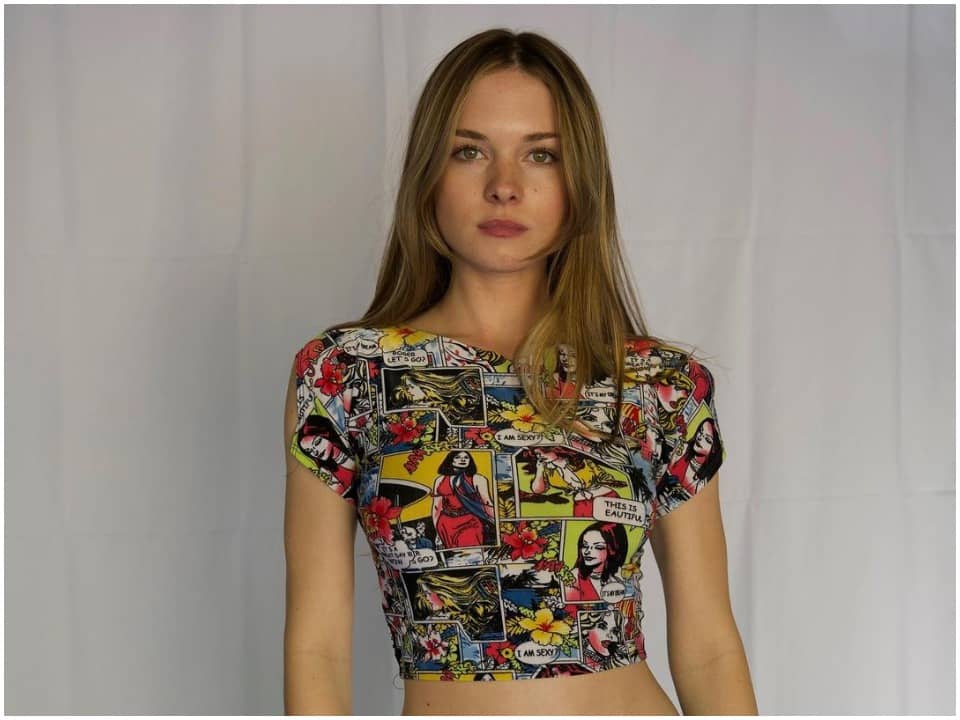 Stella Banderas is a Spanish-American actress model and entrepreneur famously known as the daughter of famous actors Antonio Banderas and Melanie Griffith. She sparked a kind of controversy in the entertainment industry after she filed paperwork to remove the famous “Griffith” which is her last name from her reputation.

Stella was born on 24th September 1996, Marbella, Spain. She is the daughter of famous actor parents Antonio Banderas and Melanie Griffith and grew up out of the limelight with her two siblings Dakota Johnson and Alexander Bauer. Her grandparents are Dorothea Henrietta Hedren and Bernard Carl Hedren. She is of mixed ethnicity as her father is Spanish and her mother is American. Stella has not shared about her education and qualifications but she is believed to be a high school graduate from a local school in Los Angeles. However, she has not shared anything about having attended any college for higher education.

Stella started her acting career in the year 1999 when she appeared as a child actor in the movie Crazy in Alabama in the role of Marilyn. She also briefly appeared in the 2003 show Banzai. However, she did not appear in many films or tv shows but has made appearances on award shows and the red carpet. In 2020, she also attended The Oscar wards. She is also an entrepreneur and started her own lifestyle brand under the name Light Bound. She started the foundation with the idea of “three homes” and caters to the peace and nourishment of body, mind, and earth.

Stella recently launched a product named “Alma perfume oil” which immediately received a lot of attention and great reviews. Currently, she is working as a model and has worked for several brands and magazines. She is signed under Vision Los Angeles management company. Recently in August 2021, she attended the San Sebastian Film Festival in Spain along with her father Antonio Banderas. They also walked the red carpet together and wore coordinating outfits in black. She was also featured on the cover of Glamour Spain in 2020 and was also in the commercial film for Violet Grey’s makeup.

Stella has recently in 2021, filed legal paperwork in order to drop the name “Griffith” from her last name. She officially wished to change her name and drop the last name of her mother. Currently, her full name is Stella Del Carmen Banderas Griffith. She has stated that she officially went with her father’s last name and only used her Mother’s last name in addition informally.

Stella is currently working as a successful model and entrepreneur and has been earning a lot of wealth through her profession. She also belongs to a rich and wealthy background family and thus her lifestyle is luxurious. Her net worth as of 2021 is estimated to be around $900,000.