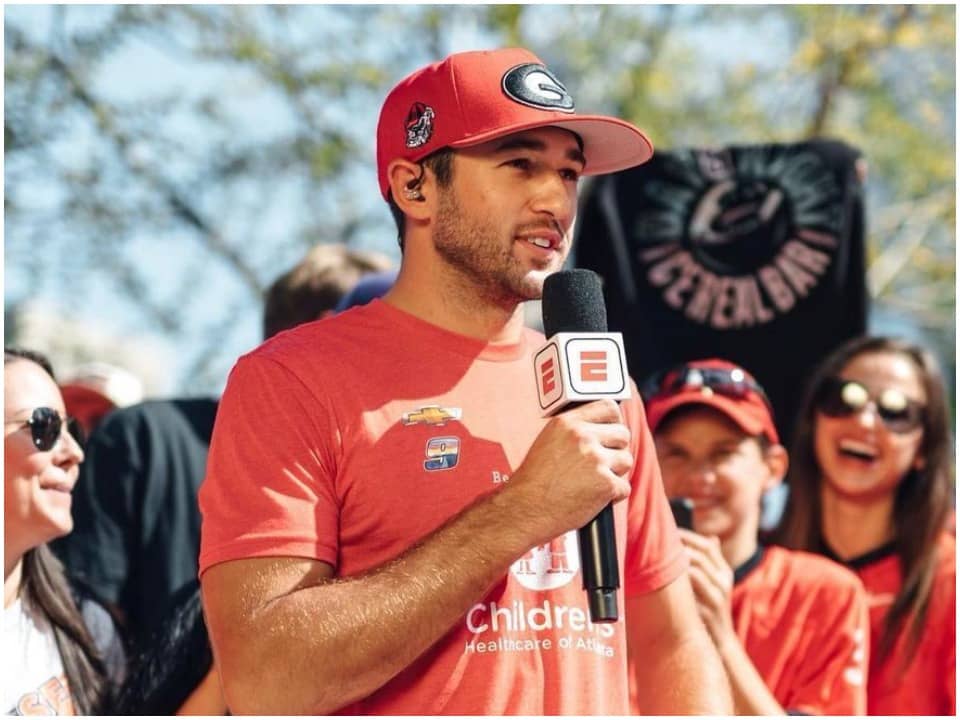 Chase Elliott is an America-based professional stock car racing driver. Currently, he is competing in the NASCAR Cup Series while being a full-time participant and driving number 9 for Hendrick Motorsports. He also engages himself as the part-time player in NASCAR Xfinity Series with number 1 Chevrolet Camaro and NASCAR Camping World Truck Series with number 24 Chevrolet Silverado.

A native of Downsville, Georgia Chase was born on 28th November 1995 to his parents named Bill Elliot and Cindy Elliott. He is the only son in the family. His father has remained the champion of the 1998 Winston Cup Series. Chase started competing in the racing series while being at the age of 13. For the very first time, he was featured alongside thirteen other athletes on 13th July 2009. During his childhood career, he competed in almost 40 races of various series in 2010 while winning twelve events out of the various courses of the year and finishing while being in the top ten positions almost 38 times.

He participated in the Blizzard Series that was the third season of his racing career. Chase ended the season by winning Winchester 400. He was named as the High School player of the week by Sports Illustrated in April 2011. During the same year, he competed in the Champion Racing Association, and later, he won the series by earning the title of National Super Late Model Championship. Later that year and just after his sixteenth birthday, he became one of the youngest people to won the title of Snowball Derby. That year, he defeated the second-place driver by almost 0.299 seconds. Ion 2012, he again won the title of Snowball Derby for the second time in approx. three years.

Chase signed a three-year contract with Hendrick Motorsports in February 2011 after which he made his debut by competing in K&N Pro Series East 2011 while finishing 9th in the whole season. Thereafter, he participated in K&N Pro Series East in 2012 and won the race while finishing with fourth in the series. He has attained the name of being the youngest pole-sitter in the truck series history. By winning NASCAR nationwide championship in 2014m he created history and emerged as the first-ever rookie to achieve this feat. He began racing as the full-time contender in 2016 during which he was named for NASCAR Sprint Cup Series 2016 of the year. In 2020, he won the Cup Series Championship and became one of the youngest to do the same for Hendrick Motorsports since 2016. In his entire career life, he has won 13 Cup Series including seven road courses.

Chase is currently dating his love of life named Ashley Anderson. In the year 2020, Chase posted a couple of videos on social media revealing a mysterious woman along with whom he was making out his day. Later, it was confirmed that the mysterious woman was his girlfriend. Chase is one of the youngest and handsome personalities who can sweep any girl off her feet. He is having an irresistible smile and possesses a charming look. He has a lot of fan following and it is believed that the moment it was revealed that Chase has a girlfriend, the news broke many hearts.

Ashley Anderson was seen cheering for him in November 2020 series, however, their relationship has not been confirmed as both the partners have not affirmed any information about each other. Previously, Chase Elliott was in a relationship with Kaylie Green. She is the daughter of a former stock car racing driver named David Green. David Green has two younger brothers who have also been there in NASCAR racing. It is assumed that Kaylie met Chase because of the same family background.

Chase Elliott has participated in almost 208 races over his seven years of career. He is estimated to have a net worth of around $12 million. This amount is further assumed to include endorsements, prizes, and annual salary.