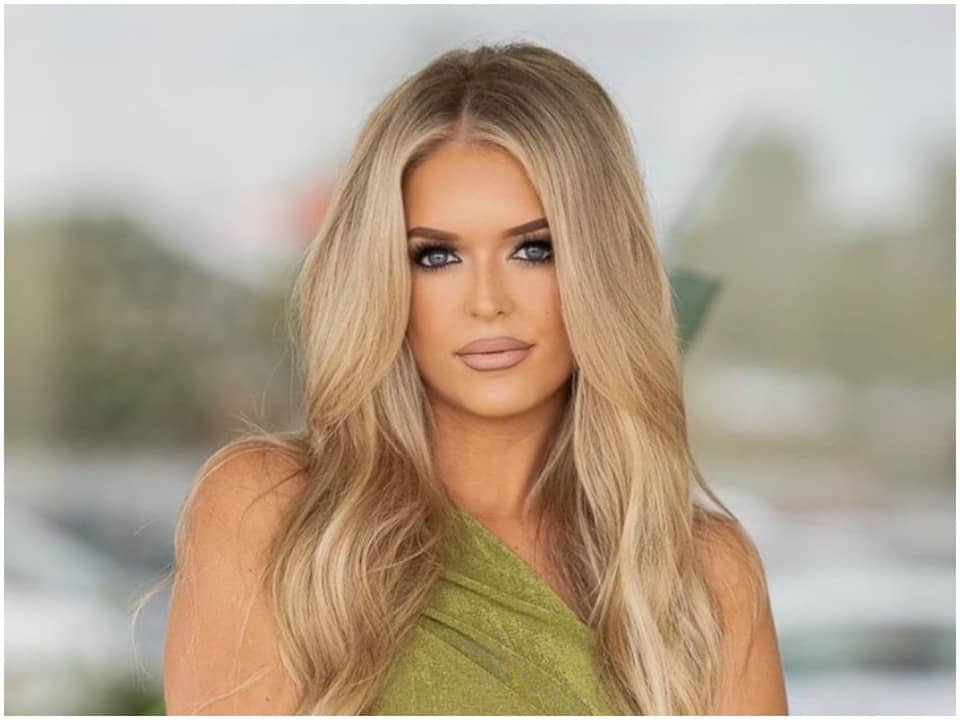 Salley Carson is an upcoming American Reality Star known for making an appearance on the 26th Season of ‘The Bachelor’. Apart from working as a reality star, she also works for a medical device company named Medtronic. She is currently trending in the news as she was about to get married before the filming of the season.

Salley Carson was born in 1995 The 26 years and currently lives in Greenville, South Carolina, USA. old likes to keep her personal life away from being exposed to media. We, for sure, know that Sally has been a bright kid in her studies. She has completed her high school education at a local school near her hometown. In 2014, she went to the University of South Carolina- Columbia. Over there she earned her Bachelor of Science.

In 2017, she was a student at Medical Sales College at SPINE in Denver, Colorado. Next year she went to Charlotte, North Carolina where she worked as a Clinical Specialist for Mazor Robotics. She worked for three years with the company and learned ins and outs of the way things work. In 2019 she moved to Virginia and started working for Medtronic. Medtronic is a medical device company from the USA. At Medtronic, there are more than 1,04,950 employees working and is known as a global producer of medical devices and therapies.

She was initially hired to work as a Clinical Specialist but was later promoted to Associate Navigation and Robotics Consultant. Carson took a break from her job to star in one of the trending TV Series, The Bachelor – Season 26th. She will be battling against other 29 women to win the heart of Bachelor Clayton Echard. Clayton works as a Sales Representative for Stryker Orthopedics.

Salley is an active user of social media. She is available on Instagram but has not shared information about other social media platforms. Her instagrarm account is private and we need to follow her to see the content. On her Instagram, she has earned 2,462 followers and 1,824 following.

In the recent report, it was revealed that Sally is engaged to a Neurosurgeon named Dr. Avery L. Buchholz. This took place when she was offered to be a contestant on a reality show to find love. Her wedding was going to take place on 26th September 2021. She even celebrated her bachelor’s party. It has become a controversy that despite being engaged, she still wanted to appear in the TV series, it seems that she has put her engagement on hold. Others even say that she is not a stable person.

Salley Carson started her career in the medical field and has worked hard to make her way to the designation she is posted at. With the rise in the position, she also got a rise in her compensation as well. Our sources predicted her net worth should be around $300,000 USD.