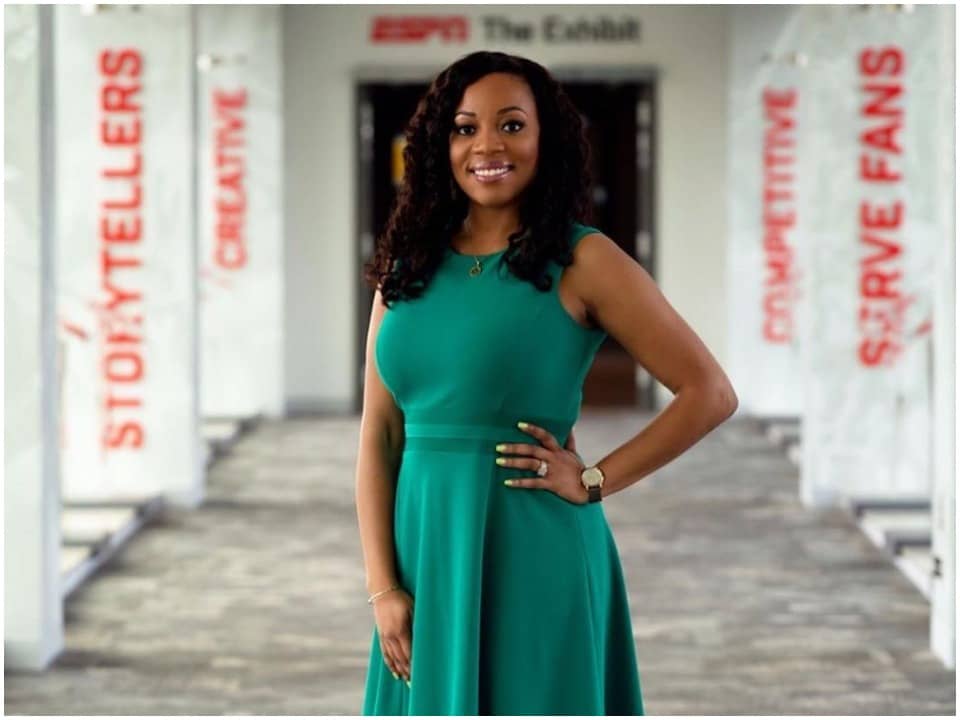 Kimberley Martin is an America-based journalist. She is an award-winning journalist who is currently working as an NFL reporter at ESPN. Previously, she used to work for Yahoo! Sports and The Washington Post.

Kimberley was born on 9th January 1981 and raised in Brooklyn, New York, USA. Her parents named Compton Martin and Camille Collins Martin brought up in Georgetown, Guyana, although in order to find a new home, they moved to Brooklyn early in 1980. Kimberley also has a sister who is named Melanie. Martin received her graduate degree in Psychology and African-American studies from Wesleyan University in 2003. Later, she attended Syracuse University from where she received her master’s degree in newspaper and online journalism.

Kimberley Martin began her career while starting with a job as a sales assistant at US Trust in 2003 where her work was limited to facilitating daily operations of business development. Her work at US Trust was related to fee calculations for investment incentives and calculating enhanced due diligence on potential high-net-worth clients. In 2005, she started working as a sports staff writer for “The Daily Orange”. From January 2006 to May 2006, she was a regular contender for being a sports writer at The Post-Standard where she used to write game stories and highlights related to high school sports in the Syracuse area. From 2006-2007, she has worked for “The Record” firstly as a Local Sports Intern and later as Sports Reporter.

In November 2007, she was being appointed as a sports reporter and New York Jets Beat Writer at Newsday Media Group where she had to cover the news related to NFL, National Basketball Association, Major League Baseball, and National Hockey League. She also used to cover the highlights related to college athletics including the University of Connecticut, ST. John’s, Stony Brook University Basketball, and Hofstra University. In 2017, Kimberley Martin was being appointed as sports columnist at The Buffalo News and Washington Redskins beat writer at The Washington Post. From 2018-2020, she was being appointed as a senior NFL reporter at Yahoo! Sports and since March 2020, she has been working as NFL Reporter at ESPN.

However, rumors were there that she had lost her engagement ring in the bathroom counter where she had taken it off and lost it somewhere in the bathroom counter. Fortunately, no one noticed the ring and it remained on the bathroom counter until Tom Benson’s wife Gayle Benson found it. Gayle gave the ring to the security of the stadium which was later returned to Kimberley Martin. Kimberley tied her knot with her fiancé Jeff Roberts on 3rd July 2014. The pair has no child as of now. They seem to be enjoying their married life.

Kimberley started with the work of sales assistant in 2003 and since then she has switched to various jobs where she has performed her role as a sports staff writer, game stories writer, sports reporter, beat writer, sports columnist, senor NFL reporter, and lastly as NFL reporter that she ended while being at ESPN. With ESPN she made an annual salary of around $41,000. She has earned around $800 thousand in her entire 17 years of career life.