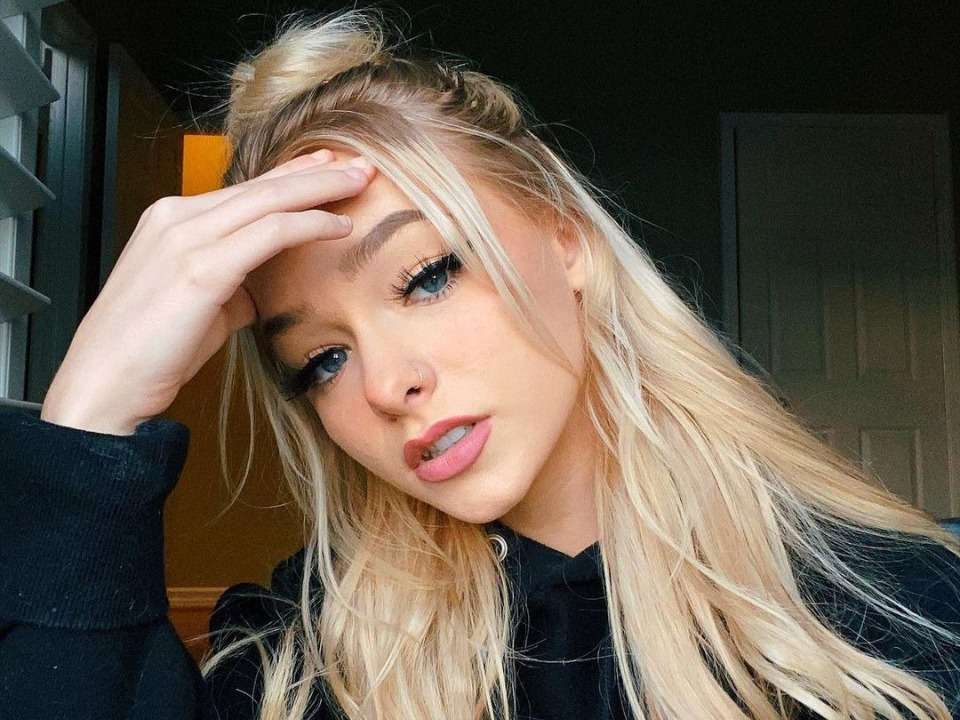 Zoe Laverne is a beautiful American personality who is a social media star and an influencer. Zoe gained her fame after she started posting content on a video-sharing app called Musical.ly. She rose to fame by posting make-up videos, lip sync videos, and dance videos as the content of her feed and later was verified on that social media platform. Zoe started making videos in her middle school days. She is also a singer apart from an influencer.

Zoe Laverne was born on June 3, 2001, as Zoe Laverne Pemberton in Greenwood, Indiana, United States of America. Zoe is the daughter of Debbie Pemberton and Douglas Wright. Eric is her brother Cameron is her stepbrother. She moved to Franklin with her family when she was just 8. There she attended “Franklin Community High School.” At the time, the star was in middle school. She received a lot of hate from her classmates at the time about the videos, but her fans from musical.ly loved her. She attended high school till 2018, but then she took her education privately because of the bullying in her school.

In 2016, Zoe initially started to post video content of makeup videos and kind of stuff on the Musical.ly app. However later she switched to various content such as lip-sync, dancing, and comedy videos as well.  On this platform, she received so much fame and also became a verified creator in March 2017.  Since starting her account, she has earned nearly 2 billion hearts on her videos. Since she is quite famous, Zoe was almost kidnapped in 2018 as a man grabbed her hoodie and wanted to pull her back into the car but fortunately, she somehow escaped and ran from there. The police could not get involved as there was a lack of evidence.

Zoe also rose to fame after she reacted to Charli D’Amelio rise to Tik Tok fame, saying that she wanted to take her down because she would surpass the number of followers that Zoe has. She apologized later as many fans took issue with it. Zoe has not announced anything about her upcoming projects. We can expect her to post new videos on Tik Tok or Instagram or make a new YouTube post. She might update her fans about her ongoing life on her social media accounts mainly Instagram.

In 2020, Zoe was involved in rumors that went viral online. The rumors were about Zoe being pregnant when she actually wasn’t. These rumors started when she posted a photo of herself on Instagram where her stomach didn’t look flat. She managed to stop the rumors and stated that she is not pregnant and neither she had faked pregnancy, either. Zoe was also involved in the controversy of her kissing a 13-year-old boy named Connor Joyce.

In 2017, Zoe dated a fellow social media star named Cody Orlove and collaborated with him in the content. The couple broke up in 2020 when she claimed that he was physically violent with her and released audio as an example. She then also dated Zephan Clark but broke up with him too. The reason is not yet known. Currently, she is married to Dawson Brady and is expecting a baby. She announced the news of her pregnancy on her Instagram on February 23, 2021, where she posted a picture of her and Dawson Brady and her pregnancy kit and added a caption that you are going to be such a great daddy.

Zoe is an American social media personality and a singer who earns an estimated net worth of $ 1 million. She earns this huge sum of money by creating YouTube and Tik Tok videos and many more social media content.