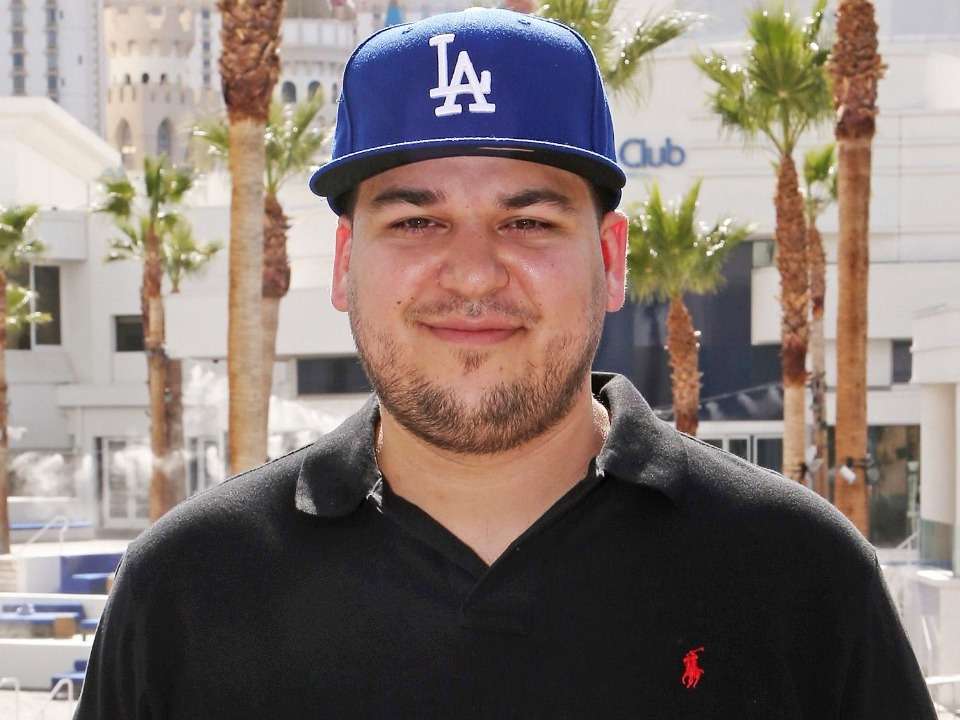 Rob Kardashian is an American businessman and a television personality. He is mostly known for his appearance on the reality show series that centers around his family, Keeping Up with the Kardashians. He is also well known for competing in the thirteenth season of ABC’s Dancing with the Stars and got an outstanding second place.

Rob Kardashian was born on 17th March 1987 to his father Robert Kardashian who was an attorney and his wife Kris in the city of Los Angeles, California. He grew up with his three older sisters Kourtney, Kim, and Khloe. Sadly, his parents got divorced in the year 1991. In the same year, his mother Kris marries the Olympic decathlete named Bruce Jenner. After their marriage, Rob became a part of the Jenner family and also became a stepbrother for Burton, Brandon, and Brody along with step-sisters Casey and half-sisters Kendal and Kylie Jenner.

His father, Robert Kardashian died due to esophageal cancer in the year 2003. Rob went to The Buckley School for his high school. For his graduation degree, he went to the University of California’s Marshall School of Business in the year 2009. He had also tweeted that he would be going back to the University of Southern California to study law but the Gould School of Law, however, denied this statement via its Twitter that Rob had not even applied to the college.

In the 13th season of Dancing with the Stars in the year 2011, Rob was participating as a contestant. In the show, he got paired with the two-time champion Cheryl Burke and surprisingly, made it further in the tournament than his sister Kim when she appeared in the seventh season. Rob almost got eliminated in the fourth week of the show. In the end, Rob and Cheryl ended up in second place, trailing behind J.R. Martinez and Karina Smirnoff. Rob Kardashian also worked with Perfect Skin, Rival Spot, the BG5 on various business opportunities and ventures. He is also working on his own sock line. Rob appeared as one of the final stage judges of the Miss USA 2012. In the same year, rob participated in Fox’s dating game show called The Choice.

He also launched his own sock line company called Arthur George in the same year. A reality television series called Rob and Chyna premiered on 11th September 2016, which followed Rob’s relationship with the model Blac Chyna. The couple prepared to welcome their first child, this show featured six episodes, each an hour long. It also included a television special episode featuring the birth of Rob and Blac’s newborn child. The show finished airing in December 2016.

Rob Kardashian made it to the headlines after he fought with a female photographer after she tried to take a shirtless picture of him. He was charged with theft and battery for snatching her camera. In the April of 2015, Rob posted an Instagram image of his sister Kim in which he compared her to the murderous and psychotic lead in the series Gone Girl. In the year 2014, Rob decided to skip his sister Kim’s wedding with Kanye West because he wasn’t comfortable with his body image. Rob doesn’t have any social media accounts, there are only fan accounts and his Instagram fan account is run by Jenner Communications.

It was reported that Rob and Black were expecting their first child in September of 2016. They confirmed the same and stated that they were having a girl. They named their daughter Dream Renee Kardashian and she was born on November 10, 2016. A few years back, on July 5, 2017, Rob posted a series of Instagram videos and images accusing Chyna of infidelity and disclosed explicit pictures of her.

It is estimated that Rob Kardashian’s total net worth amounts to over $10 million. Most of his earnings and incomes come from his sock line called ‘Arthur George’ as well as endorsement deals.