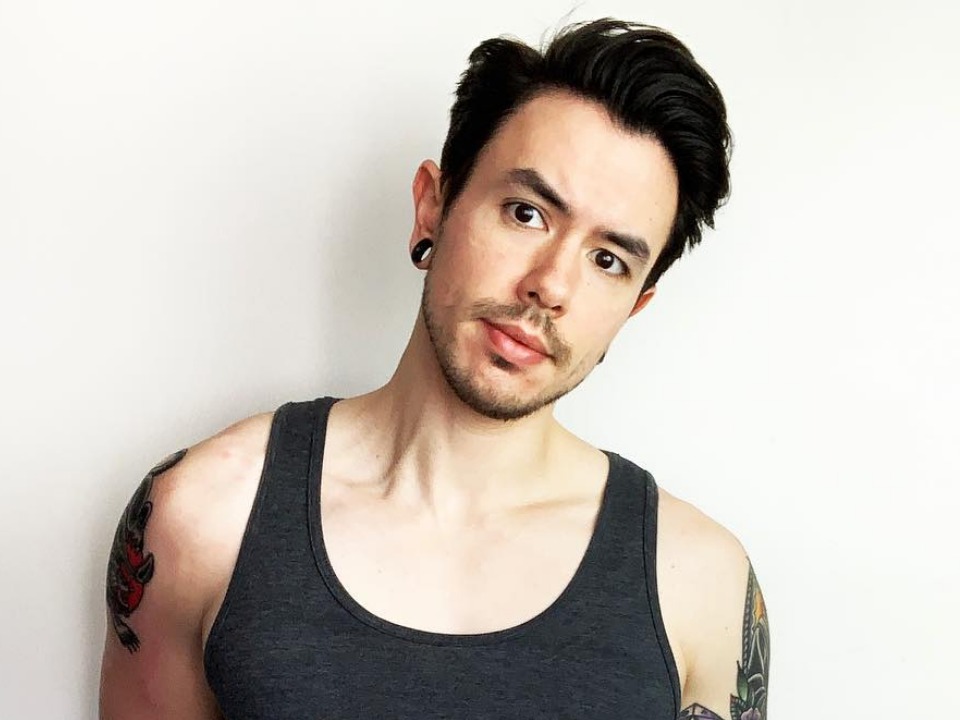 Known by the name “NateWantsToBattle”, Nathan Sharp is a twitch and social media personality with multi-talent skills. He is most famous for his gaming and anime music videos. Nathan is known for a variety of stuff, ranging from popular songs about video games to his unique covers of existing songs to performing anime openings in English. He is also notable for releasing his original album “Sandcastle Kingdoms” which was released in the March of the year 2017.

Nathan is a Korean-American who was born in Richmond, Virginia, on 1st March 1989. They moved around from Virginia to Europe to Floria with a couple of smaller moves in between those because his father was in the military. While growing up, he faced a lot of social anxiety and feelings of introversion because of his background and frequently moving around from one place to another.

He became interested in music because according to him, it was the only thing that he wasn’t horrible at as a kid. He also enjoyed playing a lot of console video games but not as much computer games. In the year 2012, he started making a series of YouTube videos because of his passion for video games and music. When it comes to education, it is possible that Nathan might have completed his graduation but he has not mentioned his University name in which he studied or the subject in which he majored.

In the year 2014, Nathan decided to branch out and make unique cover versions of the existing video game tracks, music videos dedicated to anime of English versions of anime songs, and finally, he began writing and composing by himself. Sharp claims that the reason why his YouTube channel got popular was that he accidentally found something that had a huge audience only a few people who were catering to it so he got the idea to write about a popular game, its lore, and the deeper, emotional meaning he found to it according to him, it just resonated with others as much as it resonated with him. He released ‘Sandcastle Kingdoms’ in the year 2017 after he released several compilation albums of his various video game songs.

Nathan helped in creating an independent record label named ‘Give Heart Records’ and he also joined a new metal band which was named ‘Ghost Fight’ as well as another band named ‘Roll For It’. Nathan released his second original album called ‘Paid in Exposure’ on 1st June 2018. He was introduced to the dubbing industry while he was guesting at conventions for his anime cover. These guys invited him to do voice-over work which worked out for him really well. Since then, he has provided multiple official dubs for various anime series such as ‘Fairy Tail Movie 2: Dragon Cry’ in which he plays Gapri, ‘Luck & Logic’ in which he plays Yoshichila Tsurugi, and ‘Skip Beat!’ in which he plays Imai.

His most noticeable and famous voice acting official dub is that of the top-charting anime series called ‘Attack on Titan’ in which he plays Galliard Marcel. In the year 2018, Nathan announced that he will be produced a new D&D show called ‘Dark & Dicey’ which is a neutral antihero campaign where he plays the kenku swamp druid named Pluck. He also made a guest appearance on the famous Holly Conrad’s D&D series ‘Trapped in the Birdcage’ as the Lathander-worshiping space cowboy Mason Atticus Folbright Marthain. We will see Nathan voicing Marcel Galliard in the new upcoming ‘Attack on Titan Movie’. He will also be doing the usual uploads on YouTube. With his career still wide open, we are sure to see him voicing various other anime dubs.

Nathan is currently single. In the past, he was dating the voice actress Cristina Vee and got engaged to her but they broke up after dating for less than a year in the year 2018. He has also dated the YouTuber, Morgan Want. Nathan has maintained a clean profile and not involved himself in any sort of scandals or controversies.

Nate’s net worth amounts to over 4 million dollars. His earnings and incomes are from his YouTube channel and various video game and anime dubs. He is dedicated to his work and we wish him all the success for a bright future ahead.