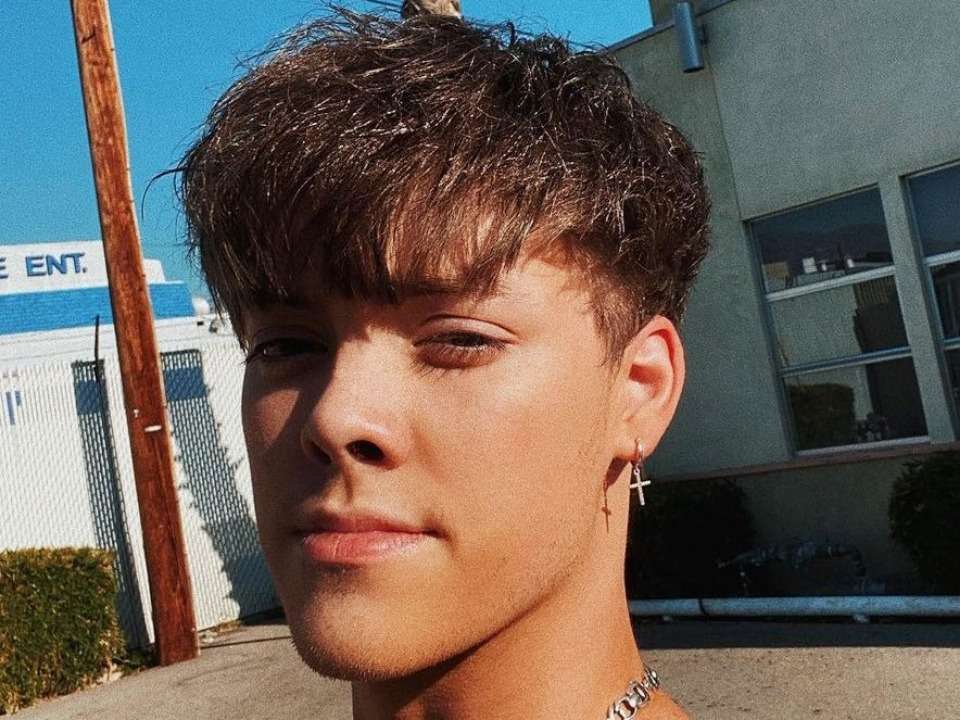 Zach Herron is a famous and handsome American singer, a songwriter. He is one of the five talented members of the band “Why Don’t We.” Zach is the youngest member of the band and he also makes cover versions of the original songs of many popular and famous singers. He was a YouTuber before he gained his fame. Zach Herron was born with the name Zachary Dean Herron on May 27, 2001, in Texas, the United States to Myta Herron, his mother, and his father Josh Herron. He has two younger siblings Ryan Herron who was born in 2004 and Reese Herron who was born in 2011. He studied at a school in Rowlett but his further educational studies or college or university name is not yet known.

Zach was in his sixth grade when he started his career and when he sang for his school’s talent show. He sang the song of Bruno Mars “When I Was Your Man.” Later when he was in eighth grade, he was voted as the most talented, and during this period, he taught himself how to play the guitar and started making video covers, and posted them over his Instagram and YouTube. As his parents realized his interests, they then sent him to Septien Entertainment Group which is a school that helps artists to develop. There he learned to write and release songs and music of his own. During his freshman year, he was asked by a girl to sing a song with her and he chose to sing Shawn Mendes’ song Stitches which went viral and attained 15 million views in a week.

This is when he gained much fame. Later, he debuted in January 2016, when he released his new single titled “Timelapse” and noticed that there were similar musicians like him who go on social media tours and that inspired him to join them. He then contacted the management of Impact, who invited him to try an event. After he agreed he got a great response and that is what got him a chance to be on the official Impact Spring Break Tour. Touring all around the US, he then dropped out his second single “Why” in June 2016.

Later in September, he joined a group that included five-member which was named “Why Don’t We.” The group debuted on August 31, 2018, when they released their debut album named “8 Letters.” In 2019, a total of twelve singles were released by them. In the year 2020, in an interview, the boy band Why Don’t We, which includes Zach announced that they are working on a new studio album that will be released in 2021. The dates of the release of the album are not officially announced but the album would it is believed to be really interesting as the boys are working really hard on it.

Zach is now quite a famous boy in his teens who is 2018, started dating Kay Cook. They were spotted in a prom together. One of the fans even leaked the chats of Zach asking out Kay to go with him to the prom event. But then in August 2019, the couple broke up and Kay alleged that the singer cheated on him. Zach has never talked about it nor denied it. The fans were convinced that they were not in a bad blood relation after they split when then say a few comments of Zach on Kay’s Instagram posts. As of 2021, Zach is currently single.

Zach is a young teenager who is a part of a boy band “Why Don’t We.” The band usually earns their income by releasing their new songs and music albums. The individual income varies for every member. Talking about the youngest member, Zach has an estimated net worth of $500 thousand which he earns through the tours and concerts, and a quite considerable amount through his social media by participating in paid partnership content with a few brands.