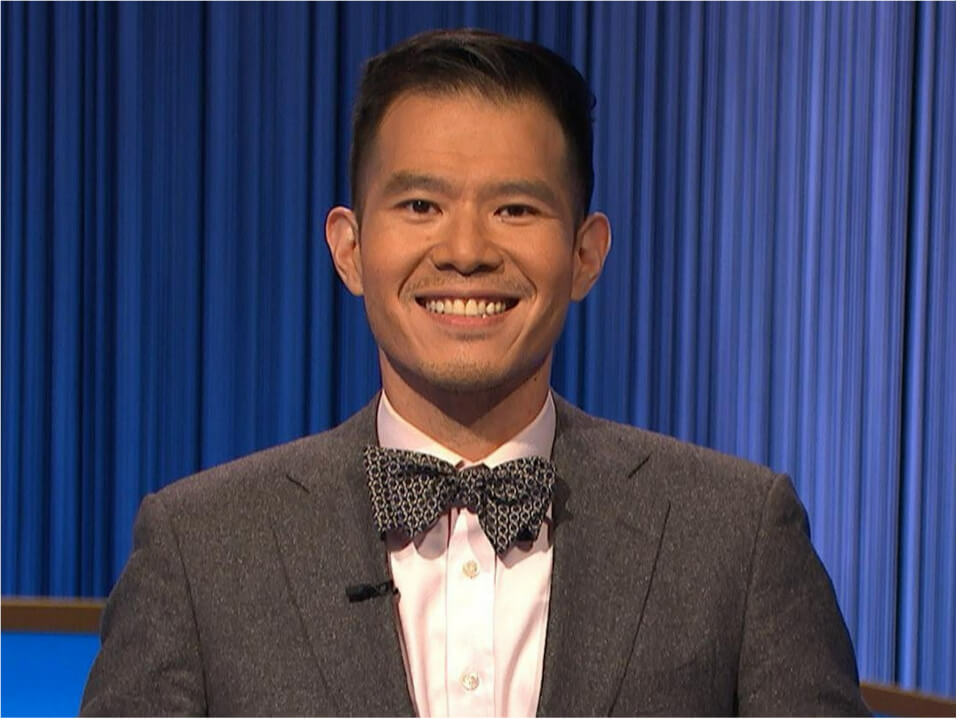 Yungsheng Wang is the new contestant on the stage of Jeopardy who entered the show on 4th July 2022. With the faith of luck and intelligence, he became the winner of the day and defeated other contestants namely Andie Huskie, and Eleanor Dixon in his debut episode. Yongsheng is heating up the jeopardy stage as he won $84202 so far from three game win streak.

Born in 1982 Yungsheng Wang is 40 years old and hails from Santa Monica, California. His education started in 1999 when he enrolled himself at Dartmouth College and received his Bachelor of Arts in East Asian Languages, Literature, Environmental and Evolutionary Biology in 2003. From 2004 to 2006, he had another degree in Master of Arts in East Asian Language, Literature, and Linguistics with a combination of classical and modern Chinese Literature. He received his master’s from Yale University. From 2007 to 2010, he enrolled himself at the University of Southern California and received his degree in Doctorate of Law in the subject of Law.

Yungsheng started his career in June 2009 when he was still studying for his doctorate and landed himself the role of Summer Associate at Reed Smith LLP, where he worked for 2 months. From August 2010 to March 2011, he worked with the University of Southern California as a research assistant to Professor Edward Kleinbard. During his tenure, he conducted research on international tax reform, in-depth research on territorial vs. a full-inclusive taxation system for multinational firms, and many other research-based studies.

From March 2011 to June 2012, Wang worked as an attorney for Richardson and Patel based in the Greater Los Angeles Area. His work was associated with the draft, review, and file of securities-related documents including S-1, 10-K, 10Q, and Form 8-K, work on reverse mergers, Private Placement Financing, and many other financing-related works.

He also worked as a contractual compliance specialist for ICANN and gave 9 years of his life to the job, where he is still working since the beginning of March 2013. Earlier in this position, he was a junior associate and gave 9 months to the company Glancy, Binkow, and Goldberg, LLP. Besides being a contractual compliance specialist for ICANN, he is also working as a business development manager for the company XYZ.COM, LLC, based in Santa Monica, California. On his LinkedIn Profile, he calls himself the Deputy Public Defender based in Santa Monica, California.

He gave around 22 correct answers and 6 incorrect answers and won the amount of $22,800 in the first episode. He appeared for another episode on 5th July and participated in the game with other contestants namely Suzy Garver and Jake Marvin. Again, he played very well and became the winner of that day beating all his competitors and winning the amount of $25,001, making a two-day winning streak of $47,801. Next, he played the 3rd episode and again won the show with the winning amount of $36,401, making a three-day winning streak of $84,202.

On the show on 6th July, he initially did not show any excitement and had a very low winning amount but as soon as he went toward the Double Jeopardy round, he earned the total amount of $19,200. Now, on the day of 7th July, he appeared for the 4th time and beat all his competitors namely, Heather Brown and Brian Ahern. And made another winning streak for the day.

S many folks want to know who is his partner or wife but for the moment, it is not known whether Yungsheng Wang is married or not. He seems to be humorous, quirky, and intelligent as appeared from his talks on the stage of Jeopardy. But, he seems to maintain his reputation by not giving any detail regarding his private life.

Yungsheng Wang, who hails a long career of 13 years of experience in the field of law and finance, is surely earning a good income because of his professional life. It is for sure he might be earning somewhere around $2 million as his total net worth.