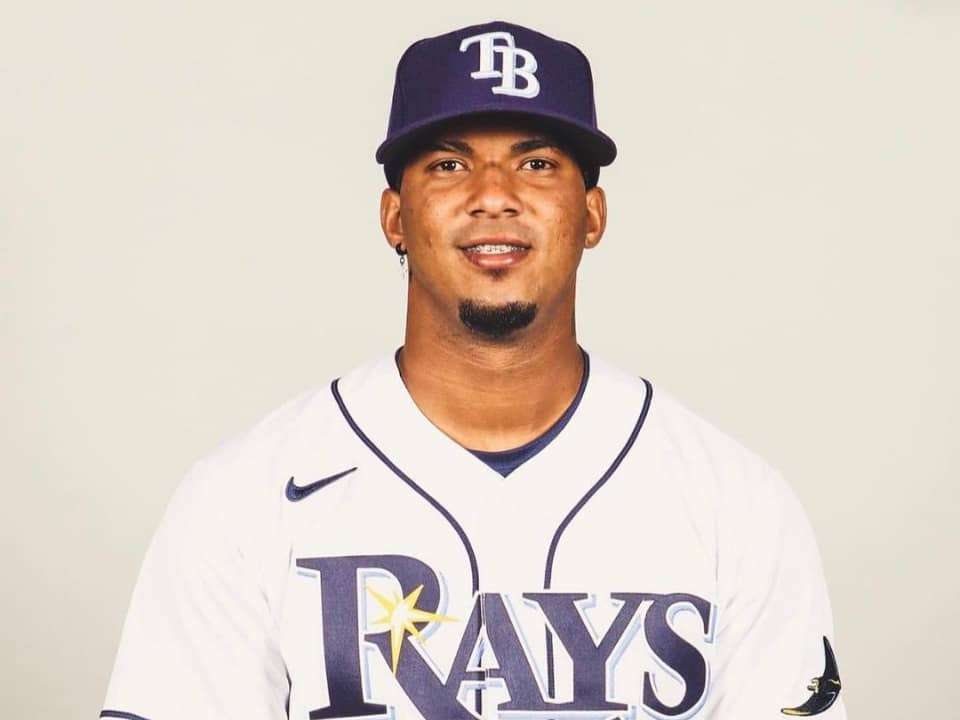 Wander Franco is a young and handsome Dominican professional baseball player. He plays as a shortstop for his team Tampa Bay Rays which is a team of the Major League Baseball. He wears number 5 and is also a third baseman on his team. Wander is a player who throws rights and switches his hands while batting.

Wander Franco also known as Wander Samuel Franco was born on March 1, 2001. He is the son of his father Wander who was a player of minor league ball and his mother Nancy Aybar and was born in Bani, Dominican Republic. He has two brothers named Wander Alexander and Wander Javier who are the players of Houston Astros and San Francisco Giants respectively. His maternal uncles Eric Aybar and Willy Aybar were both the players of Major League Baseball. Wander’s any kind of educational information is not available. The school he went to or the college he is attending is not known. However, there have been rumors that Wander dropped out of school after sixth grade which might be true.

Wander started his baseball career by playing in the minor leagues. He signed his first contract with the Tampa Bay Rays on July 2, 2017, and played his first professional match in 2018 against Princeton Rays. On July 14, 2018, Franco played for Princeton and when he was just 17 years old, he hit .374/ .445/ .636 hitting 11 home runs and 57 runs, and batted in RBIs over 245 plate appearances for the Princeton Rays. In the 2019 season, on June 25, Franco was promoted to the Charlotte Stone Crabs and ended the season with .327/ .398/ .487 hitting 9 home runs and 53 RBIs. In the 2020 season, Franco was added to the Player Pool of players by the Rays who would be eligible to play in the post-season of Major League Baseball.

However, he couldn’t showcase his talent in any MLB game or minor leagues due to the cancellation of the season because of the pandemic. Franco was invited for the major league spring training by the Rays in 2021 but he didn’t make the team and started the season with Triple-A with the Durham Bulls where he scored .315/ .367/ .586 hitting 7 home runs and 35 RBIs. On June 20, 2021, it was announced that Franco would be promoted to the major leagues and would play with the Rays teams against Boston Red Sox. He was officially selected to the 40 -man roster on June 22 and made his MLB debut on the same day and recorded his first career hit, home run, and RBI.

Franco is a 20-year-old player who is currently in a relationship. It has not yet been officially announced if he is in a relationship or not but is dating a girl for sure. Though he has been focusing on his career, he equally focuses on his family as well. Franco’s partner’s name has not been revealed but they are in a relationship for a long time now and they have a son together called Wander Franco Jr. who was born in late 2018.

Franco is an uprising star who earns an estimated net worth of $ 20 million USD. He earns a huge sum of money at such a young age by playing for his team and being an MLB player. He is expected to earn more after getting more opportunities to play as an MLB player and showing off his skills and talent on the field.