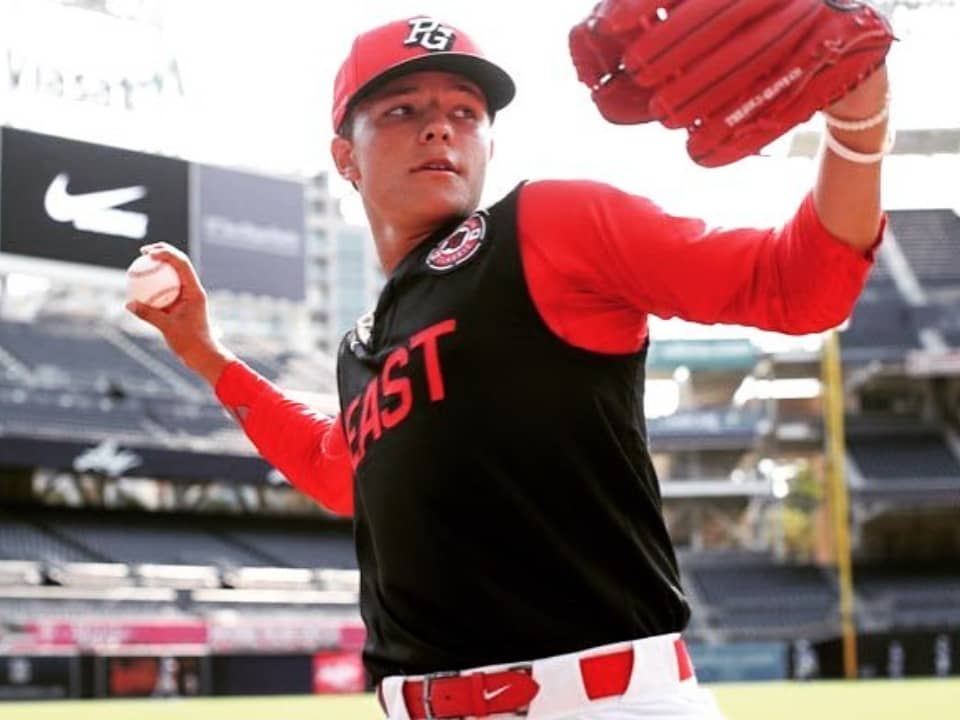 Jack Leiter is a young and talented American college baseball player who is known to be one of the members of the famous baseball team called the Vanderbilt Commodores. At the moment, he is one of the best MLB prospects and currently giving his all to take his side to clinch CWS yet again. Jack plays as a pitcher for the team who throws and bats with the right hand and wears the number 22.

Jack Leiter was born as Jack Thomas Leiter on April 21, 2000, in Plantation, Florida. He is the son of his father Al Leiter who is also known as Alois Leiter and his mother Lori Leiter and was raised in Summit, New Jersey, USA. Jack is not the only child in the family but is the brother of three sisters whose names are Lindsay Brooke, Caryl Jayne, and Katelyn Grace. He comes from a family whose roots are associated with baseball for so long.

His father was a player of Major League Baseball and his uncles Mark Leiter and Kurt Leiter and his cousin Mark Leiter Jr. were are also professional baseball players. As a student, Jack attended the Delbarton School which is located in Morristown in New Jersey. After his high school graduation, he went to the Vanderbilt University located in Tennessee and committed to play baseball for the college team. The field in which he is majoring is not yet known.

Jack started playing baseball from a very tender age and grew up watching his family play professionally. He started playing baseball for his high school where he was a teammate with Anthony Volpe. He played in the 2018 Under Armour All America Baseball Game in July 2018 after which he played in the USA Baseball 18U National Team in Panama City in the month of December of the same year. After becoming a senior in 2019, Jack was considered as a top prospect for the 2019 Major League Baseball draft but as he has strongly committed to playing for the Vanderbilt University, he missed the chance to play in the MLB until the 20th round by New York Yankees.

He made his college debut on February 18, 2020, where he pitched five no-hit innings which made his team win against the University of South Alabama. Jack was supposed to play in the next college baseball season but it was canceled due to the pandemic. He returned as a starter in 2021 and on March 20, 2021, he pitched a no-hitter against South Carolina with 16 strikeouts after which he pitched 7 no hits against Missouri. In his recent game in June 2021, Jack amazed everyone with an unbelievable start in the College World Series which made his father proud even though his team lost the match just because of a home run.

Jack is a 21-year-old athlete who is career-focused. In order to improve his game and skills, he has not paid much attention to his love life or has never thought of getting into a relationship. He is currently single but will find a perfect girl for him soon after he is ready to focus on his relationship and gets set with his career.

The young athlete is still an uprising star but still he manages to earn an estimated net worth of $ 4.5 million USD. He earns this huge sum of money by playing baseball for his college team and earns from the Yankees. Jack’s net worth is expected to increase in the upcoming years as he gets more opportunities to show his skills and talent to the world and get a chance to play in the MLB.