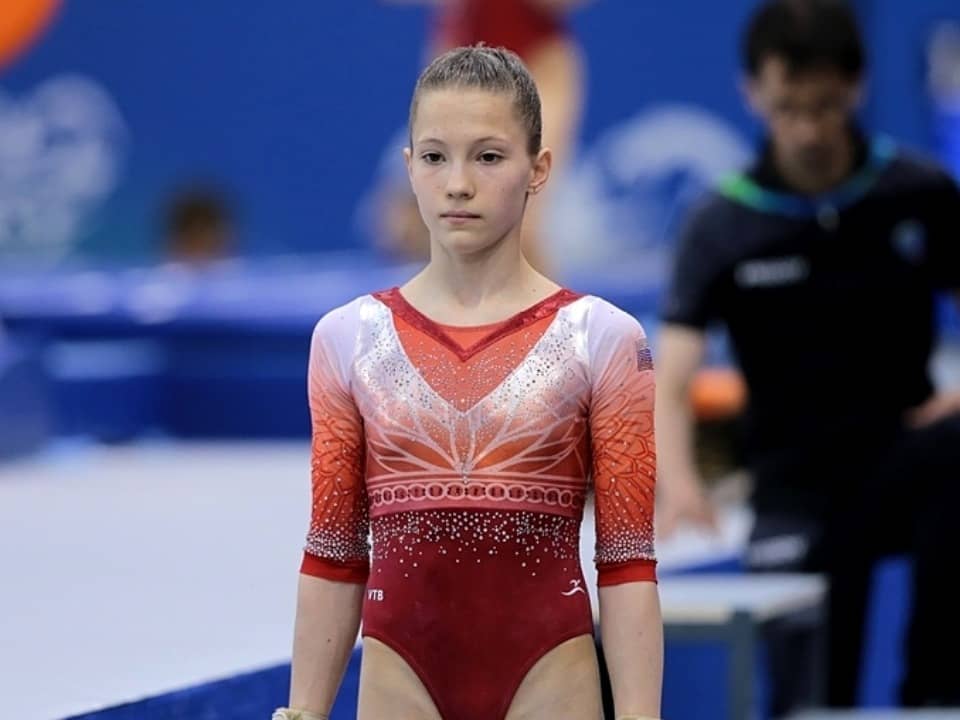 Vladislava Urazova is a Russian gymnast who is representing the Russian Olympic Committee (ROC) at Tokyo Olympics 2020. She was a member of the team of the Inaugural Junior World Championships. The team won the gold medal. Also, Vladislava Urazova won the gold medal in the team events at Tokyo Olympic 2020. Individually, she has won the 2019 championship of the junior world and was one of the silver medalists in 2021 European on the uneven bars.

Urazova was born on August 14, 2004, in Rostov-on-Don, Russia. We don’t know the names of her parents because no information is available regarding them on the internet. Talking about her journey then it’s quite tough for her because she went into lots of hurdles and health issues in her career. However, she managed to stay calm but was nervous because of the break. Ever since childhood, representing her nation in Olympics was a dream for her, and stubbornness and persistence are key for her success.

She competed at the Russian National Championship in April. And there, she stood fourth in the all-around and on floor exercise. In 2017, she competed for Voronin Cup where she won a silver medal in the all-around competition. She is one of the good athletes working on the floor exercise. Vladislava Urazova competed at the city of Jesolo Trophy and won a silver medal for Russia leaving behind Italy while being in the team. Individually, she won the gold medal of Giorgia Villa and during the final round, she won the gold medal based on the floor exercise and balance beam leaving behind the member representing France and Italy respectively. In July, she competed at the Russian National Championship and helped her country to won a silver medal on an all-around basis while being placed at the sixth position in the uneven bars.

In 2018, she was selected to represent Russia at European Championships alongside other members for the same. The team won the silver medal in the finals but soon lose to Italy. Urazova finished her game while being at the 20th position after falling off from the uneven bars. In the finals of the event, she was placed at seventh on Vault and won the fifth position on the floor exercise. In December 2018, Vladislava Urazova participated in the Voronin Cup and won the gold medal for the country based on all-around, Vault, and floor exercises. Later, she won the silver medal on even bars and balance beam leaving behind the member of South Korea and the Russian artistic gymnast named Elena Gerasimova.

Vladislava Urazova reached her seniority stage in 2020 but did not compete during the year because of the pandemic COVID-19. Later, she made her debut with the senior tag at Russian National Championships 2021. She reached the finals and scored 57.365 which was one of the highest scores of the day. However, her total score of the two days was less than Listunova (Russian artistic gymnast who is recently presenting Russia at Tokyo Olympic 2020) and thus, Vladislava Urazova stood second for the term. During the finals of the event, Vladislava Urazova won many medals while representing Russia at the Championship.

She won the gold medal in the uneven bars, and bronze for the balance beam. Later in April, it was announced that she would be representing the country at European Championship in Basel but she soon finished the competition while being third in the all-around and second on the uneven bars. Moreover, the other members stood higher than her in the all-round; therefore she didn’t qualify for the finals.

Urazova began her career as a gymnast at the age of four. She also received the title of “Master of Sports” in the Russian Federation 2020. Later, she presented the southern Federal District. Recently, she is single. As per the information from the sources, she has not been dating anyone and has not revealed any information about her personal life involving the marriage life or dating or love life.

Vladislava is a talented girl who is quite focused on her goals and it’s still a long way in her career. No official reports are available that can disclose her net worth at the moment, but as soon as it is revealed, then we will update here.