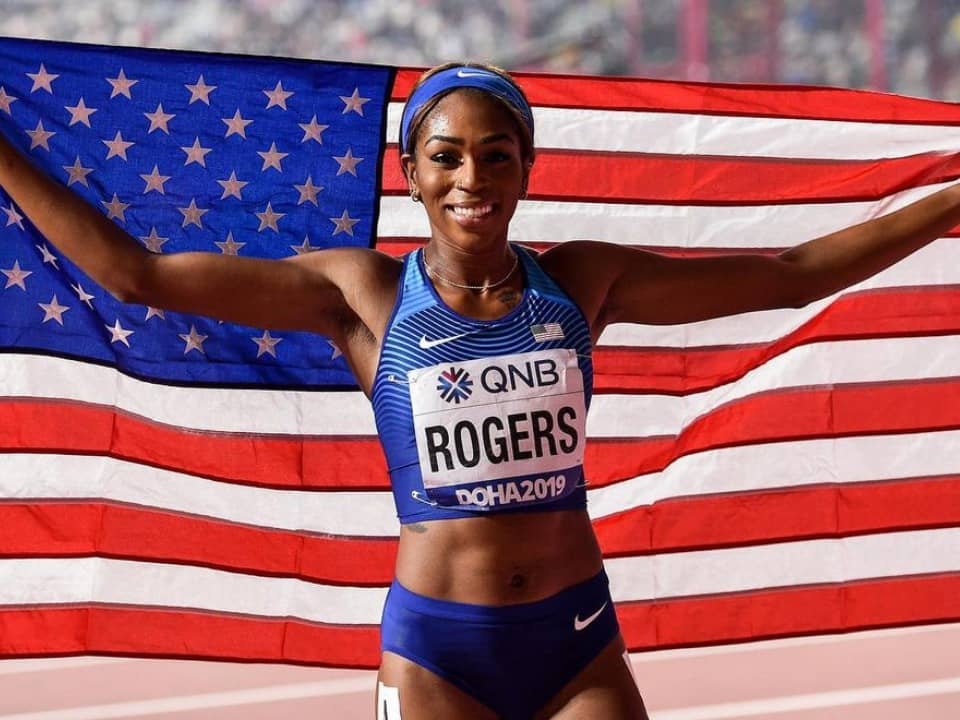 Raevyn Rogers is a 24 years old Professional middle distance Athlete from America, she has won a variety of championships and engraved many titles in her name. She has a personal best time record of 1:57:69 for 800 meters, which makes her the 9th fastest in American history. Further, she holds a world indoor title as a USA’S 4×400 relay squad member and secured a gold medal at Birmingham in the year 2018. She was greatly inclined towards athletics and running from an early age, she used to participate in various championships at the school level and continued the same during her university times.

Raevyn Rogers was born in the Houston city of Texas state of the United States of America. No information regarding her parent’s name and their occupations are available on the web. Further, she was born in September of 1996 and she celebrates her birthday every year on the 7th of September. Furthermore, no information regarding her siblings is available on the internet. Some sources claim that she was good a student during her school time and used to focus on studies and sports.

She completed her freshman, sophomore, and other high school years from the Kinkaid School in Houston, Texas and during her high school, she competed for her school team and excelled over there. For her further studies/graduation, she went to the University of Oregon and won several championships including NCAA Division-1 in addition to that she made a record at 800 meters in the final year of college.

She was keenly interested in track, field, athletics, and racing from an early age and hence she opted for Track and Field during her high school years and won the world youth championships in the year 2013 with a gold medal in addition to that she holds a record in 200, 400, 800 and 1600m racing in her school. Further, when she enrolled herself at the University of Oregon, she won the NCAA Division 1 six times and All-American ten times during the university times.

At the end of university time, in the third year, she made a collegiate record in 800 meters and beat the 27 years record of her college. Further, in the year 2018, she secured 4th position at Toronto in the NACAC championship and she was ranked 2nd in the 800 meters at the USA Outdoor Track and Field Championships in the year 2018. In the year 2109, she got 2nd position at the IAAF world athletics championships at Doha. She will be spotted at the Tokyo Olympics in the women’s 800 m and women’s 800 m.

According to some of the prominent sources Rogers is neither married nor is dating someone. Further, she said that she wants to focus on her career to get herself a great life in an interview. Moreover, no information regarding past affairs and ex-boyfriends could be fetched from the web because she keeps her life really private.

Raevyn Rogers earns a fair share of money from the salary, championship’s winning amount, bonuses, incentives, paid promotions, and most important the advertisements and sponsorships, further she rose great fame in the year 2020 and 2021 so, her net worth would have taken a significant jump and have been rocketed up. Moreover, her net worth is estimated to be around $1-5Million.