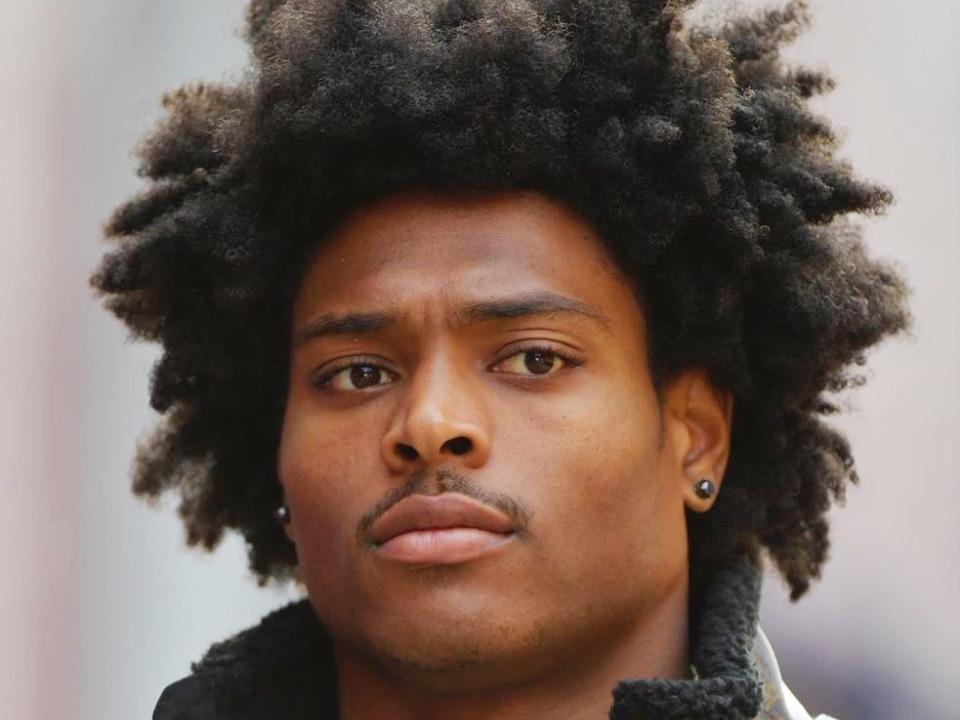 Jalen Ramsey is a very important player for the LA Rams who play football cornerback in the National Football League (NFL). He played college football at Florida State and was first drafted by a franchise in Florida itself named Jacksonville Jaguars in 2016 NFL drafts. Wherein he was one of the top cornerbacks and as a result of which he was named ALL-PRO (an honor bestowed upon professional American football players that designates the best player at each position during that season) in 2017.

He was born in Smyrna, Tennessee on 24th October 1994, secondborn to Lamont and Margie Ramsey. Jalen has a brother elder to him who also happens to play football along with basketball and track. His father also has a background related to sports, particularly football. He developed his football skills in his early life by practicing with much older boys at a local park. In a family who supported Florida Gators, he grew up cheering for the Miami Hurricanes. After he did his freshman year in Ensworth High School in Nashville, Tennessee he was shifted to Brentwood Academy in Brentwood.

Ramsey had a highly decorated career in football as well as track and field. He broke the Tennessee state record in the long jump in his final school track meet which was in the year 2013. He participated in numerous events ranging from 100 meters to shotput and performed outstandingly well in all of them during his high school period. Jalen’s college career started in the year 2013 where he played all14 games for the Florida State Seminoles as a true freshman. He carried the jersey number #13 in his freshman year which then changed to #8 in the junior and sophomore season. As a result of his excellent performance, he has been named the consensus All-American in 2015. In 2016 he decided to forego his senior season and entered the NFL draft.

Ramsey competed in track and field at Florida State as a relay sprinter and long jumper. He was as magnificent in track and field as he was in football. Jalen was a three-time All-ACC honoree in 2013. He was qualified for the NCAA East preliminary meet in the long jump. The list of his achievements never ended as in the year 2015 he won ACC long jump championship where he fell only 3 inches short to get automatically qualified for the 2016 U.S Olympic team trials.

Ramsey, from the very beginning of his professional career, was projected as a first-round pick by the NFL Draft experts. He received an invitation to the NFL combine and completed all the combine and positional drills and tied for the top performance in the broad jump and vertical jump. Jalen was selected in the first round in the 2016 NFL Draft by Jacksonville Jaguars with the fifth overall pick. Where he was the highest cornerback selected in the draft and also the earliest drafted cornerback in Jaguars’ franchise history.

In the 2016 season, Ramsey suffered a meniscus tear during his rookie training camp and thus underwent surgery for the same. Regardless of his injury Ramsey finished his rookie season ranking 21st among all qualifying cornerbacks in 2016 with an overall grade of 82.3. In 2017, Ramsey was named to his first Pro Bowl as a starter alongside teammate Bouye. He was ranked second among all qualifying cornerbacks with an overall grade of 91.8. Jalen was raked 17th by his fellow players on the NFL Top 100 Players of 2018. After he was sent to Los Angeles in October 2019 he signed a five-year extension with them in the year 2020, which made him the highest-paid defensive back in NFL history.

Jalen married Breanna Tate, the sister of Golden Tate and they were blessed with a beautiful daughter in July 2018. He is quite infamous for his trash talk both on as well off-field and due to this habit, he receives so much hatred from people even from his fans as well.

It is estimated that Jalen Ramsey’s net worth is $50 million. He has also signed a five-year contract on 9th September 2020 with the LA Rams that is worth $105 million. He is hardworking and is very dedicated to his career.