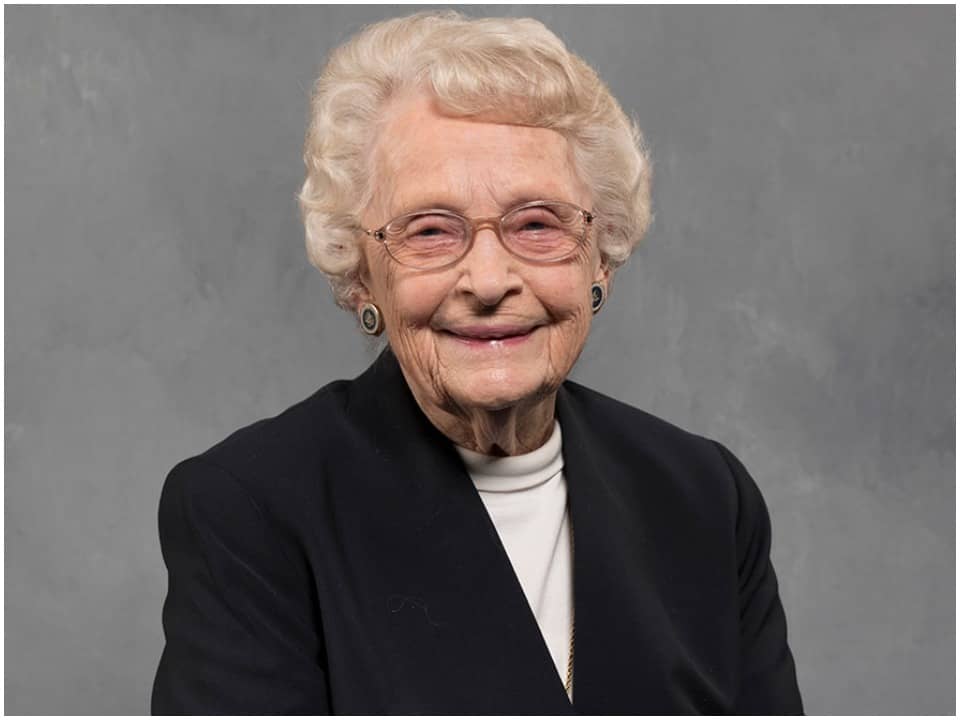 Virginia Halas McCaskey is the primary owner and corporate secretary of the National Football League’s Chicago Bears. She is the NFL’s first female owner and the eldest daughter of George Halas, the Chicago Bears coach and owner who died in 1983 and left the team to his daughter. She became the oldest owner in the NFL and all major league sports in the United States after the death of Buffalo Bills owner Ralph Wilson in March 2014.

Virginia Halas McCaskey was born on 5th January 1923 in Chicago, Illinois to George Halas, an American professional football player, coach, and team owner, and Minnie Bushing Halas. She has a brother, George Halas Jr. who was an American Football Executive and is one of four presidents in the history of the Chicago Bears franchise of the National Football league (NFL). During the Red Grange barnstorming tour in 1925-26, she accompanied her father and the team as a toddler McCaskey is a devout Catholic who believes that “faith, family, and football” are inextricably linked in her life. Virginia majored in secretarial studies at Drexel University with the goal of becoming her father’s secretary. Pi Sigma Gamma sorority, the Newman Club, the Panhellenic Council, and the YWCA were all engaged in her life.

George “Muggs” Halas, Jr., McCaskey’s brother, was the franchise’s heir apparent until he died suddenly of a heart attack in 1979. Virginia McCaskey inherited an excellent nucleus of a franchise when her father died, and she was the owner when the Bears won Super Bowl XX, but the team faltered in the 1990s, and she has been a hands-off owner since 1999. Ted Phillips, the team’s president, currently holds operational authority; he became team president for the first time in the franchise’s history without a Halas or McCaskey.

She accepted the NFC Championship trophy, which carries her father’s name, on January 21, 2007. After the Bears defeated the New Orleans Saints to earn a trip to Super Bowl XLI, she declared it “her happiest day ever.” McCaskey became the NFL’s longest-serving owner after Arizona Cardinals owner Bill Bidwill died in October 2019.

According to sources, we could witness Chicago Bears may be up for sale for interested parties. Owners are having internal discussions about possibly selling the team. The Chicago Bears have been in the NFL since its inception in 1920, and the franchise has only been owned by one family during that time, but that could soon change. According to Jim O’Donnell of the Chicago Daily Herald, a sale could be imminent because of “internal conflict among family members to sell… immediately.” Selling the franchise would essentially serve more than one purpose at this point. For starters, it would allow the McCaskey’s to profit from their investment. The Bears are worth an estimated $3.5 billion, and if they sell for that, the family will make a significant profit.

Consider the following to put the team’s present worth in perspective: In 1920, George Halas paid merely $100 for the squad. It’s also possible that selling might put the Bears in a better position for the future. Soldier Field is in desperate need of a makeover, but due to the hefty cost of doing so, it won’t be easy to do. If Soldier Field cannot be upgraded, the Bears may be forced to relocate to Arlington Park, but only if a new stadium can be built there. It’s not going to be inexpensive, whether they rebuild Soldier Field or build a new stadium, and bringing in a wealthy owner would help. Bottom of Form Pat Ryan, Jeff Bezos, and Neil Bluhm, according to O’Donnell, are the three most likely candidates to buy the team.

Because he’s already a minority owner (and has the right of first refusal to buy any part of the team that the McCaskey’s might sell), Pay Ryan is a billionaire with the best chance of buying the Bears. Ryan is popular in Chicago, with a football field and a basketball arena named after him at North-Western University. He’s also a member of the Bears’ board of directors, which consists of eight members.

Virginia Halas McCaskey was married to the late Ed McCaskey who was previously the chairman and treasurer of the Bears. Even though McCaskey never had an official share of ownership, he did operate as a co-owner with his wife. He died in 2003. They both have 11 children and more than 40 grand and great-grandchildren. From 1983 to 1999, her son Michael McCaskey served as team president and chairman of the board until his brother George McCaskey took over on May 6, 2011.

Virginia Halas McCaskey has a total net worth of $1.3 billion and the source of income is her team Chicago bears. If the sale of the team takes place (which is going to be in hundreds of millions) would definitely increase her net worth.