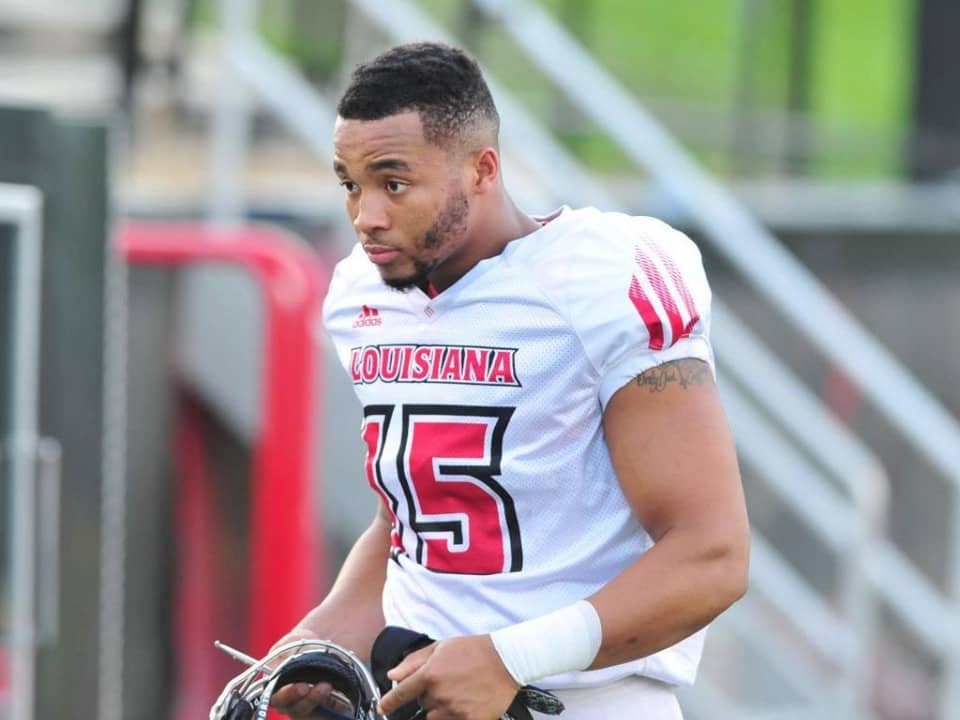 Eli Mitchell, in full, Elijah I. Mitchell is an RB of American football who is San Francisco 49ers and plays for the National Football League (NFL). He also played college football in Louisiana. Eli made his first NFL debut and also played his first-ever season game against Detroit Lions and make an impressive contribution in the 41-33 score.

Eli Mitchell was born on 2nd May 1998. He was born and brought up in Erath, Louisiana. He went to Erath High School to attend his studies. On getting senior in the football games, he played for eight games and rushed for 1,903 yards and 28 touchdowns. While playing for the three seasons as Erath’s starting running back, he ran for 4,045 yards with 50 touchdowns and 457 carries.

Elijah Mitchell ran for almost 257 yards and 4 touchdowns with 42 carries as a freshman before fracturing his bone of feet and missing the rest of the seasons. Later he started playing as a sophomore and ran for 977 yards with 13 touchdowns while getting caught for 20 passes and 349 yards with three touchdowns. Due to his performance, he was named second of the All-Sun Belt Conference. Later, he was again named second Team All-Sun Belt Conference after he ran for 1,147 yards and 16 touchdowns.

In 2021 NFL drafts, he got drafted by the San Francisco 49ers in the sixth round with an overall 194th rank. On 13th May 2021, he first signed his rookie contract that was promised to continue for four years. Elijah played his regular-season game for the first time on 12th September 2021 when he stood against Detroit Lions. In the game, he finished 104 rushing yards and made 41-33 runs in the game.

During his growing-up years, Elijah I. Mitchell was just a little brother who always wanted to make a fight with his big brothers. His parents have five sons including Elijah. Eli Mitchell’s brothers are named Marquis, Claude, Davonte, and Jeremiah who all are also players on the field of sports. One of his brothers named Jeremiah used to play football and basketball whereas Davonte used to play basketball and remains active on the track. Elijah is the youngest of all the brothers. He always wanted to be ready to fight with his brothers.

On the other hand, his brothers always wanted to get away from him. He was so energetic and enthusiastic house, that today he has transformed his energy into the field. Elijah was like a real active kid in his house. He was named as the active child of his active mother. Elijah’s mother Penny used to accompany or cheer for him while being on the high school football track and was one of those persons who used to cheer him loud in the whole audience while “jumping in the air” and “loudest one on at the game”.

Elijah Mitchell’s salary is around $660,000. He recently signed a contract for which he was given $45,892 as the signing bonus for the football game. Whatever he earns comes from his signing contracts for the field of football. His net worth is estimated to be around $3,663,568. Currently, he is playing NFL in the United States and being ranked as San Francisco 49ers.