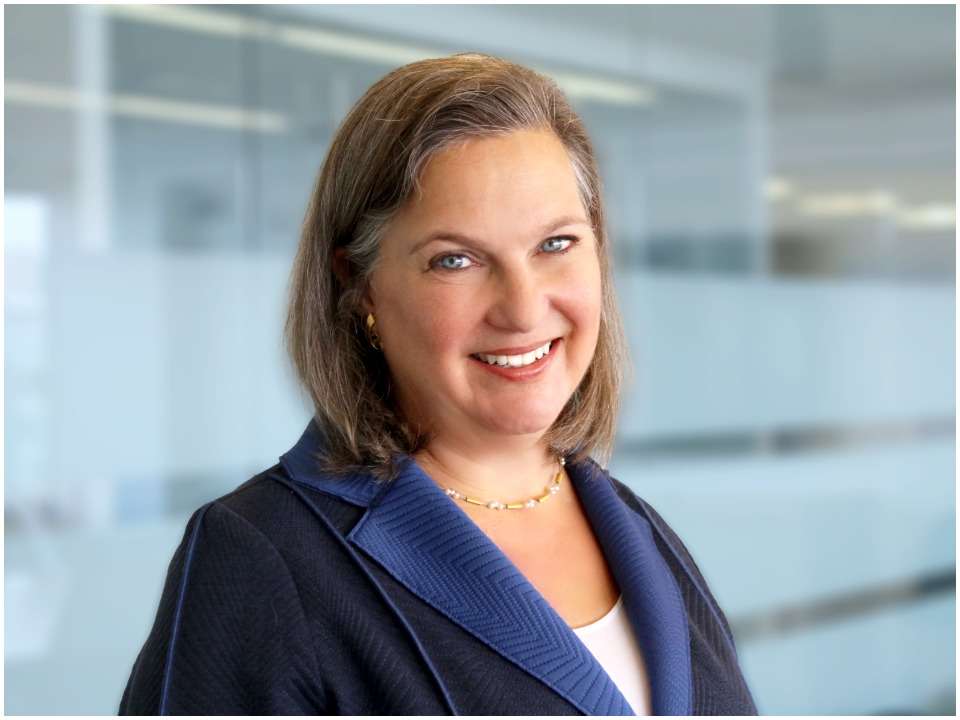 Victoria Jane Nuland is an American diplomat currently serving as the Under-secretary for Political affairs in the department of state. She is well respected for holding important positions including that of permanent representative for NATO in the USA.

Victoria Nuland was born on 1st July 1961 to her parents Sherwin B Nuland and Rhona McKhann in New York, USA.  She is known to be of mixed ethnic background as her father is Ukrainian Jewish. Her father is known to be a surgeon by profession but there is no information available about her mother’s occupation. She is also believed to be a single child. She is known to have completed her high school education from Choate Rosemary Hall in 1979 and later pursued her Bachelor of Arts degree in Russian Literature, political science, and history from Brown University in 1983.

Victoria started her career as a foreign service officer in 1993 as a deputy secretary of state strobe Talbot. She worked in the position for around 3 years after which she became the Soviet Union affairs, deputy director.  She covered Russian internal politics at the US Embassy in Moscow. Later, she became the principal deputy national security advisor to vice president in 2003, and meanwhile, she was also appointed as the US Deputy permanent representative to NATO in 2000. She worked on Russia-USA relations and facilitated the policy decisions.

In 2008, she extensively worked to strengthen allied support for ISAF mission in Afghanistan and on NATO-Russia issues. In the next following years, she served as a Special Envoy for Conventional Armed Forces in Europe and also as a faculty at National War College. She was later appointed as Assistant secretary of state of European and Eurasian affairs in 2013 and worked on diplomatic relations with 50 countries in Europe and Eurasia.

Victoria is active on her Twitter handle since she joined in 2021 and currently has 17.4k followers. She also has a LinkedIn account but is not much active on the platform. Other than this, she does not have any social media accounts.

Victoria is currently married to her husband Robert Kagan who works as a historian and foreign policy commentator at Brookings Institution.  The couple has been married for the past several years and also has two children together named David and Elena Kagan.

Victoria was involved in a controversy back in 2014 when the recording of her phone call with the US ambassador to Ukraine was leaked. The call was published on YouTube and recorded the two discussing merits of various opposition figures in Ukraine. She was criticized for using extreme comments about the EU and upset several EU member nations.

Victoria Nuland has held several important diplomatic positions over the years and has earned a lot of respect as well as income. Her exact income is not known however her net worth as of 2022 can be estimated to be around $ 2million.