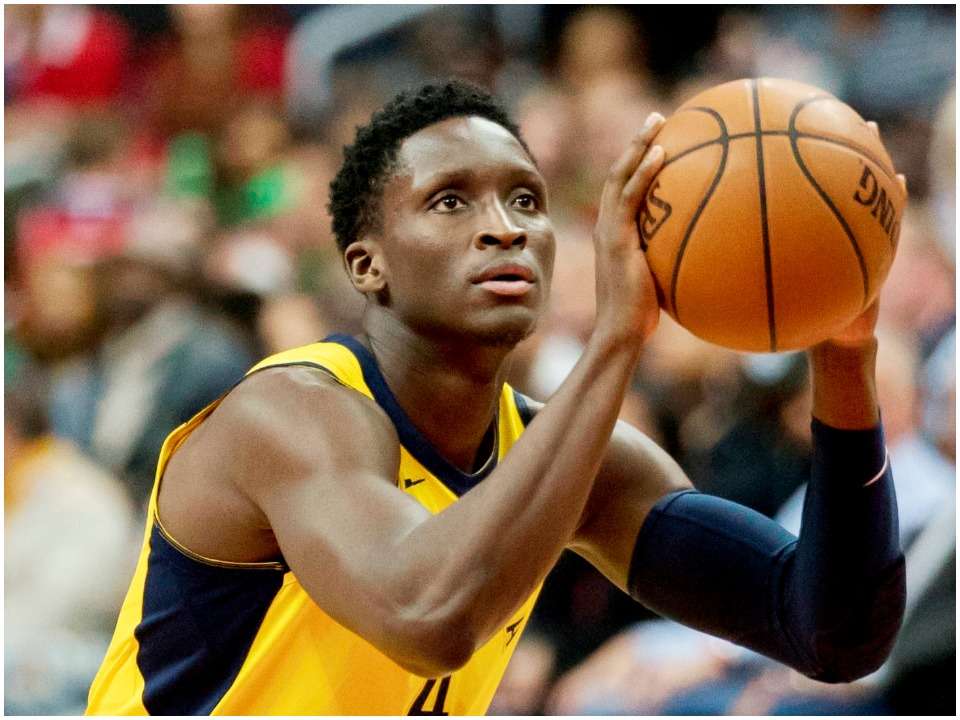 Victor Oladipo is a new young gun for the Miami Heat of the National Basketball Association (NBA). Previously, he was committed to playing for the Indiana Hoosiers in his college. Oladipo was drafted in the second overall pick in the NBA draft in 2013. In 2016, he was traded to Oklahoma City Thunder, then traded to Indiana Pacers in 2017, and received honors like a first-time NBA All-Star, All-Defensive First Team, and the All-NBA Third Team, the NBA Most Improved Player Award- while playing for Indiana. Back in January 2021, he was traded to the Houston Rockets and later underwent season-ending surgery after playing only four games for Miami Heat, where he was traded from Houston Rockets and returned from injury in March 2022.

Victor Oladipo, who is around 30 years old after being born in 1992, was brought up in Silver Spring, Maryland but later moved to Upper Marlboro, Maryland, where he spent his adulthood. Oladipo’s mother’s name is Joan Amanze Oladipo who is a nurse by profession and his father’s name is Christopher Oladipo, who was an immigrant from Nigeria and worked as a public health executive for Prince George’s County, Maryland. His father received his Ph.D. in behavior science from the University of Maryland and later moved to the United States back in 1985 and developed his extended family while marrying Oladipo’s mother. Oladipo was brought up along with his three sisters, one who is named Kristine and was born in 1986, the second who is named Kendra and was born in 1990 and became deaf in the second grade, and the third is the twin sister named Victoria.

Victor went to Indiana University Bloomington and chose to play with the respective team only. He received his education in sports, and communication broadcasting after he refused various other offers from Notre Dame, Maryland, Xavier, and others. During the season 2010-11, he played overall 32 games with five starts and scored an average point of 7.4, 3.7 rebounds, and 1.06 steals in 18 minutes per game. He made his first career start while standing against Penn State on 27th December, where he earned 14 points on 5-of-9 shooting, three steals, four rebounds, and two assists in 27 minutes of action.

Later in 2012-13, he played and began with 36 games while scoring the average points of 13.6, 6.3 rebounds, 2.17 steals, and 2.1 assists. During the ending season of his junior year, he was awarded various honors including the Sporting News Men’s College Basketball Player of the Year, the National Co-Defensive Player of the Year, and a first-team All-American by the USBWA and Sporting News.

On 25th March 2021, Oladipo was traded to the Miami Heat. Earlier he worked with various NBA teams including Orlando Magic (2013-16), Oklahoma City Thunder (2016-17), Indiana Pacers (2017-21), Houston Rockets (2021), and finally or recently playing with Miami Heat (afterward 2021). He was traded to Miami Heat in the exchange for other two players including Avery Bradley, and Kelly Olynyk. On 1st April 2021, he made his debut with the team and won against the Golden State Warriors with a 116-109 overall score, where he recorded 6 points, 3 rebounds, and 5 assists in 23 minutes.

On the 13th of May, he had to choose to quit his games because of his surgery on his right quadriceps tendon. Later on 7th August 2021, he re-signed the contract with Miami Heat extending for at least one year. On 7th March 2022, he made his return to the Miami Heat from injury while playing against Houston Rockets and standing with a win in hand with 123-106 overall scores.

Victor Oladipo is not married yet and is neither giving any clue regarding his thoughts about getting married. However, one thing is certain, he was in a relationship with Bria Myles in the past. Although the recent story about their relationship is not known, back in the past Oladipo expressed his views and talked about his desire to date Nicole Scherzinger. But during the time, she was already dating a rugby player named Thom Evans.

After this incident, Bria Myles posted one of her pictures with Victor Oladipo with the caption, “Bae”. It hinted to the fans and audiences that both are committed to each other, however, none of the two have given any comment on the rumors. Victor has kept his life private and doesn’t feel like talking much about his dating life, though he often expresses his views on “being single” on social media platforms like Twitter and Instagram.

Surely, Victor Oladipo is earning a good amount of money because of his long NBA career starting in 2013. Till now, his net worth must have increased to $5 million, which is enough to provide him and his family with a luxurious lifestyle.