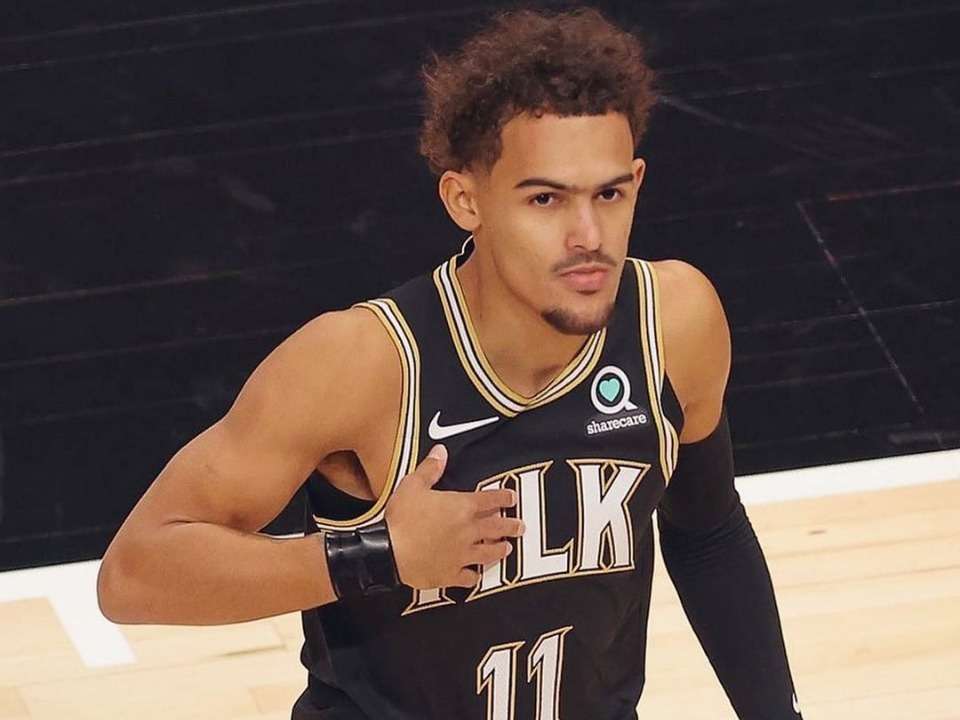 Trae Young is a young and efficient professional American basketball player who currently plays for his team Atlanta Hawks which is a team of the National Basketball Association. He was previously known as the player for his college basketball team called the Oklahoma Sooners where he was one of the ace players of the team.

Trae Young was born on September 19 in 1998. He was born to his parents Candice young, his mother, and his father Rayford Young in Lubbock located in Texas in the United States of America. Trae’s father was also a basketball player who played for Texas Tech in Europe. Trae is known to have a brother called Tim and two younger sisters called Caitlyn and Camryn. As a student, Trae attended the Norman High School which is located in his home town Norman in Oklahoma. After graduating from high school, Trae attended Oklahoma college from 2017 to 2018 where he studies and majored in the field of sports. He also played basketball for his college team Oklahoma Sooners.

Trae started his basketball career in his high school where he played first in his sophomore year during which he averaged 25 points, 5 assists, and 4 rebounds per game. His game eventually improved in the junior year of his high school when he scored an average of 34.2 average points 4.6 rebounds and 4.6 assists. He then played in his Senior Season and scored an average of 42.6 points, 5.8 rebounds, and also 4.1 assists and shot at a 48.9% rate. In 2017, he was offered to be recruited by Scout.com, Rivals.com, and ESPN. He was considered as the best second point guard by ESPN while others considered him as the best Third pointer guard and the Shooter guard but ended up being recruited by ESPN.

On February 16, 2017, Young committed to play for the Oklahoma Sooner and on November 12, he recorded 15 points, 10 assists, and 6 rebounds where his team won against Omaha Mavericks. After his college debut, he recorded 22 points and then a season-high 13 assists and won the next game against Ball State Cardinals. He then won against Oregon Ducks and scored a season-high again with 43 points. On December 19, Trae committed to play a single game with NCAA and won against Northwestern State Demons and was picked for the 2018 NBA draft. On June 21, 2018, Trae was selected with the fifth overall pick by Dallas Mavericks of the 2018 NBA Draft to join his team Atlanta Hawks with an exchange of Luka Doncic.

Trae officially signed with the Hawks in July 2018. On November 19, Trae’s team lost to Los Angeles Clippers after which he scored a career-high of 36 points on February 25, 2019, but the team lost to Houston Rockets. Trae scored 36 points and made his team win against Minnesota Timberwolves on 27th February 2019. On March 1, Trae scored a career-high of 49 points but scored an overtime loss against Chicago Bulls, and on March 31, Trae scored a game-winner and scores 12 points and won against Milwaukee Bucks. On 24 October 2019 and November 29, 2019, his team lost against Detroit Pistons and Indiana Pacers.

Trae recorded 45 points on January 26, 2020, after which he scored a career-high of 50 points on February 20. On December 23, 2020, he scored 37 points and won against Chicago Bulls and on May 23, 2021, Trae made his NBA playoff debut winning against New York Knicks. Trae joined Le Bron James, Chris Paul, and Derrick Rose as the only player in the league history to record 30 points and 10 assists during their playoff debut.

As for Trae’s personal life, the 22-year-old player chooses to be single. He wants to focus on his career right now and improve his game rather than concentrating on his love life. He is expected to update his relationship status on his social media accounts as soon as he finds the perfect mate for him.

Trae earns an estimated net worth of $ 1 million USD. Trae’s main source of income is his job as a professional basketball player and a player of the NBA. He is expected to earn more after his game improvement and the excellent playing skills and experience he gains through his games.