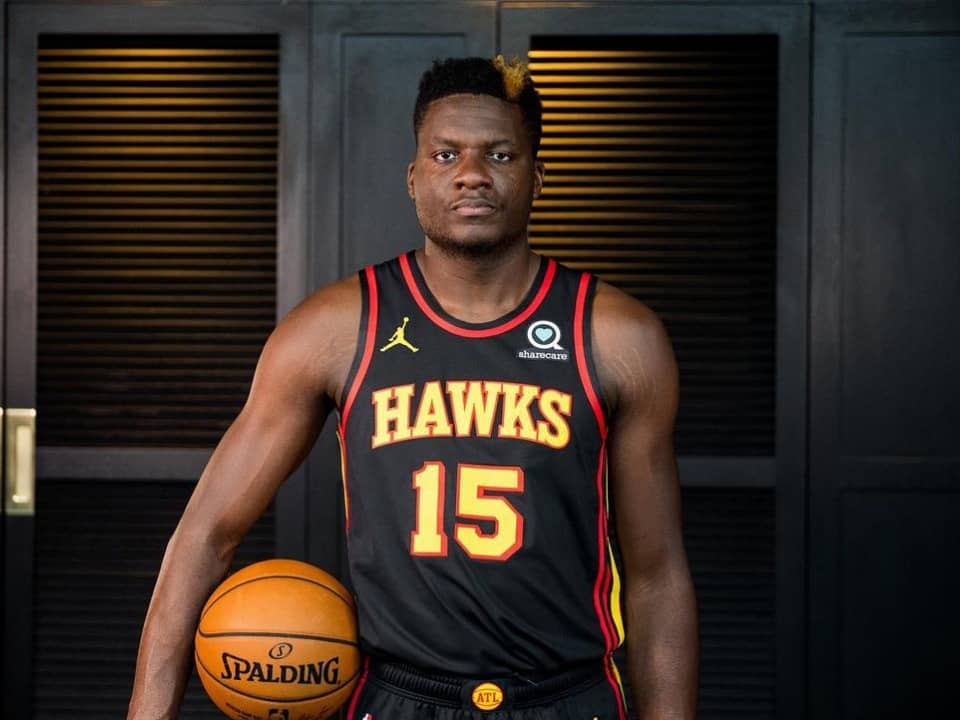 Clint Capela is a young and professional Swiss basketball player. He is popularly known to play in the team of Atlanta Hawks of the National Basketball Associations. Clint is also known to be one of the highest-earning team athletes in Switzerland. He is an NBA player who plays at the position of a center player.

Clint Capela also known as Swiss Roll or Clint N’ Dumba Capela was born on May 18 in 1994. His mother is from Congo and his father is from Angola. He was born in Geneva, Switzerland. Clint is known to have an older brother who suggested and motivated him to become a basketball player. His parents separated when he was a few months old.

As a student, Clint attended INSEP which is located in Paris, France. After his high school graduation, his educational information about his further studies is not known so it can be assumed that he did not go to a college or a University.

Clint’s professional career started in 2012 after he joined the LNB Pro A under senior Elan Chalon, and on April 12, 2014, he represented the World team at the 2014 Nike Hoop Summit and declared for the 2014 NBA draft. He was selected with the 25th overall pick in the 2014 NBA draft by the Houston Rockets on June 26, 2014, and he signed the official contract with the Rockets on July 25, 2014. On March 30, 2015, he scored his first NBA points where his team lost to Toronto Raptors. On November 6, 2015, which was his second season, Capela recorded his first career double score of 13 points where his team won against the Sacramento Kings.

Later on 29th November 2015, he led his side an overtime win over the New York Knicks where he recorded his third career double along with a career-high of 18 points. In November 2016, he scored a career-high of 20 points winning against Utah Jazz. In November 2016, he again start a new career-high with 21 points against Portland Trail Blazers. On October 18, 2017, Clint scored 22 points against Sacramento Kings and on December 11 the same year, his team won against New Orleans Pelican. On December 22, he scored a season-high of 23 points and won over San Antonio Spurs. In February 2020, Clint was recruited by Atlanta Hawks and made his debut there in December 2020 where he made his team win against Detroit Pistons. In June 2021, Clints appreciated his teammate Trae Young but wasn’t much impressed by James Harden.

Clint Capela is a 28- year- the old guy who is currently single. He is a career-focused guy who believes in building his career first rather than getting into a relationship or concentrating on other activities. He would update about his relationship as soon as he gets into one through his social media.

Clint earns an estimated net worth of $ 10 million USD. He earns this huge sum through his career as a professional basketball player. Clint is expected to earn more after getting more opportunities to play on a higher level. He generally focuses more on improving himself and his game.