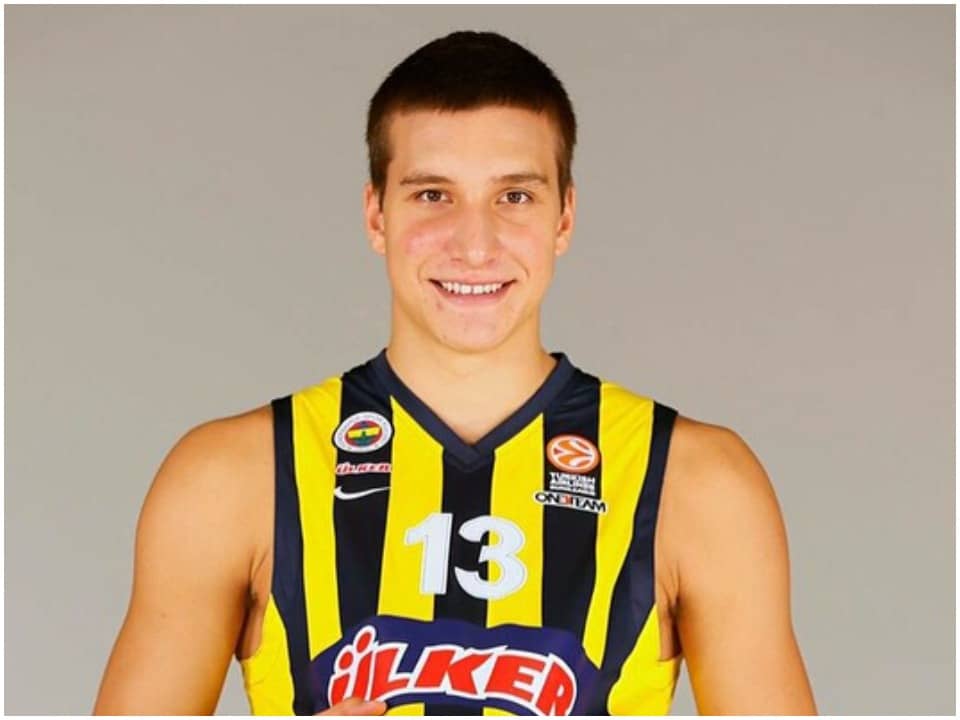 Bogdan Bogdanović is a young and professional Serbian basketball player who is known to play for his team Atlanta Hawks which is associated with the National Basketball Association. He was also known as the representative of the Serbian National basketball team and plays the role of Shooting guard and Small forward in the team.

Bogdan Bogdanović was born on August 18, 1992, in Belgrade, Serbia in Yugoslavia. He is the son of his parents Dragan Bogdanovic and Koviljka Bogdanovic who both were from Pluzine in the Piva region. He is known to have a sister named Ivana Bogdanovic. Despite the same surname, he isn’t related to Croatian  Bojan Bogdanovic, a fellow basketball player. As a student, Bogdan attended the high school of electrical engineering Rade Koncar after which he enrolled for the Alfa BK University for his further education from where he earned his degree and majored in the field of sports. His further educational information is not known.

Bogdan’s professional career started in 2010, when he signed his first contract with Partizan under the head coach Vlada Jovanovic after which in the 2012- 13 season, he made his Euro league debut where he scored an average of 5 points. He scored a career-high of 27 points during the Euro League game where his team, won against CSKA Moscow. Bogdan then scored a career-high of 32 points in the ABA League where his team won against Cibona and was selected to the Ideal Team of the ABA League in April 2014. He signed a four-year contract with the Turkish team Fenerbahce on July 11, 2014. He averaged a score of 11.5 points on an average in the Turkish League in 2015.

Bogdan won the Turkish Cup with 67- 65 where they won against Darussafaka after which his team reached the final game but his team lost due to the overtime loss. On July 13, 2017, Bogdan signed a contract with Sacramento Kings after which he made his NBA debut on October 23, 2017, and was selected in the Team World for the 2018 world Stars Challenge. In April 2018, he underwent surgery due to a tear in his left knee. In his contract year 2019- 2020, he averaged 15.1 points in 61 games and couldn’t play further due to the pandemic. However, on November 24, 2020, he decided to play for Atlanta Hawks and signed a contract with them.

As of 2021, Bogdan is currently single. He is still focusing on improving his basketball career and is young as an athlete to get married and start a family. Bogdan is expected to update his fans about his relationship through his social media. He has not been involved in any past relationships and has not been previously engaged.

As for his earnings in 2021, Bogdan earns an estimated net worth of $ 1 million USD as an athlete and a professional basketball player. He is known as one of the best players on his team and is expected to earn more through the improved fame and experience he gains from the matches he plays.