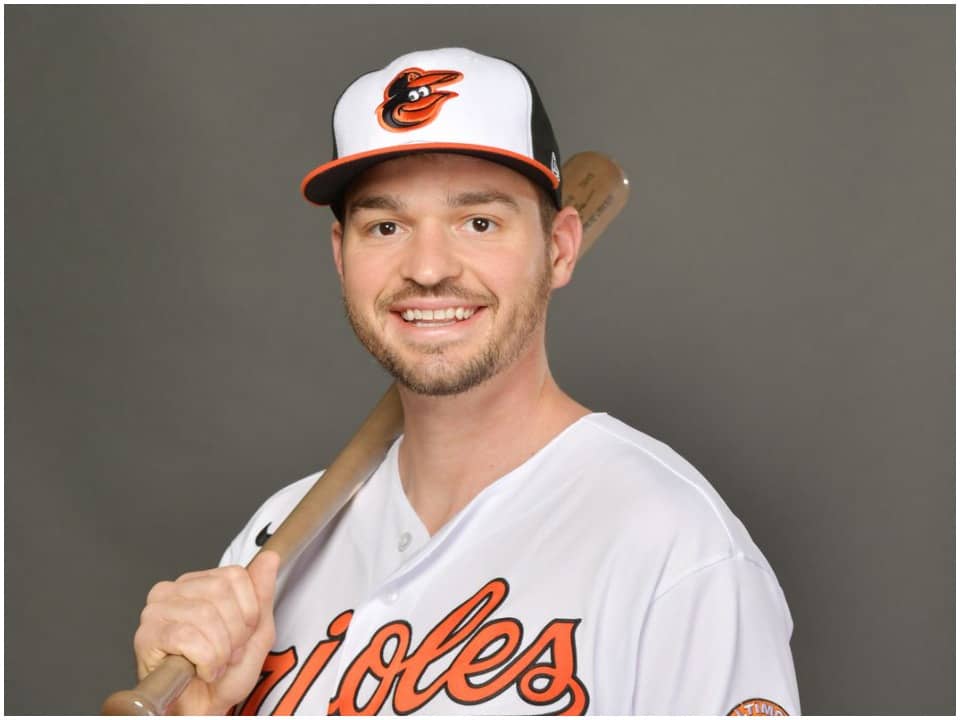 Trey Mancini is an American professional baseball player for the Baltimore Orioles in Major League Baseball (MLB). He made his MLB debut with the Orioles, where he played first base and outfield. Baltimore selected him in the eighth round of the 2013 MLB draft.

Trey Mancini was born on March 18, 1992, in Winter Haven, Florida, as Joseph Anthony “trey” Mancini to parents Beth Mancini and Tony Mancini. He spent his entire childhood in a warm environment with his older sister. His parents encouraged him to pursue a career in baseball.

Trey was a member of the Winter Haven High School team in Florida. Later, he attended the University of Notre Dame and played for the fighting Irish. Other athletes who attended the same university as him include Jac Collinsworth (footballer), Skylar Diggins (basketball player), and many more.

He began his professional career with minor leagues. In the year 2016, he made his debut against the Boston Red Sox. He has been with Baltimore since the day he drafted. Mark Trumbo and John Means are two of his current teammates. Trey left the Orioles during spring training on March 7 to undergo a non-baseball medical procedure. As a result, he missed the entire 2020 season and didn’t play that whole year.

Trey is an active social media user who posts about his family and professional life on a daily basis. He has shared numerous photos of his siblings and parents, indicating that he enjoys spending time with his family. Trey has a verified Twitter account with 26.2 K followers and 595 following. He posts recently and has 1246 tweets until now on Twitter. Apart from this, he is a regular user of Instagram where he owns a verified account with 53.5 K followers and 1644 following. He posts frequently and has 246 posts until now.

Sara Perlman first met Mancini in the year 2017, when she was working for MASN and covering the Baltimore Orioles and Washington Nationals. After Sara left MASN to host The Daily Line on NBC Sports, the couple began dating and seeing each other. She has been like a pillar to the baseball player and has always been there for him.

As of 2021, the total net worth of Manicini is estimated to be around $3 million but still under review. Trey’s total net worth in the year 2019 was more than $1 million. Mancini’s salary for the 2019 season was around $57500. In his previous season with the Baltimore Orioles, he earned around $556500. Until this season, his career earnings totaled around $1861495 USD.