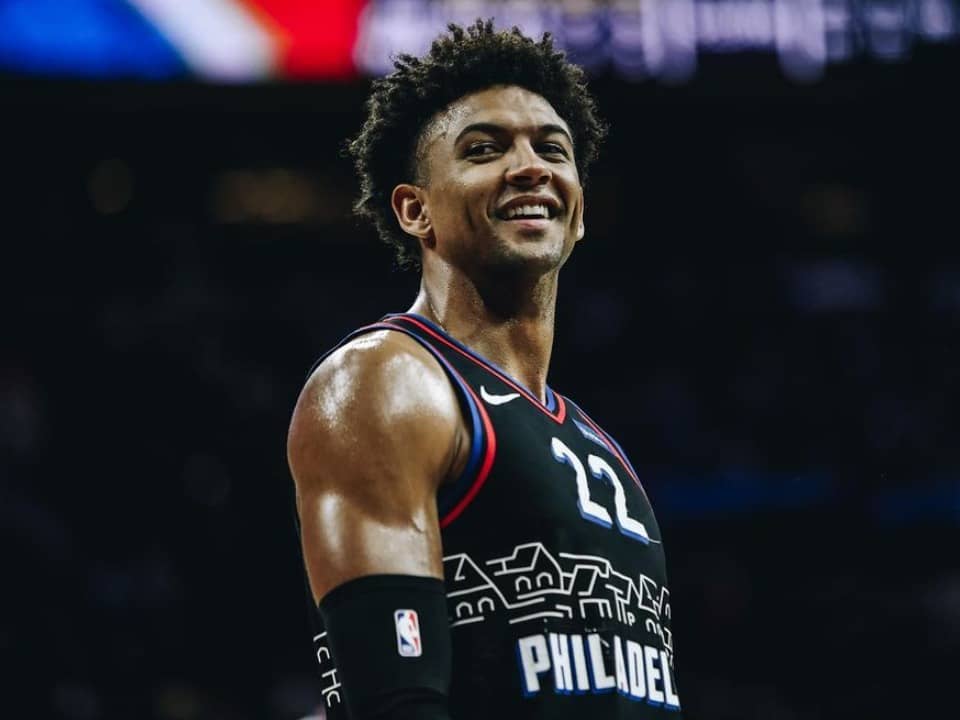 Matisse Vincent Thybulle is an American-Australian basketball player who currently plays for the Philadelphia 76ers at NBA. He was drafted in the 2019 NBA draft and earlier played collegiate basketball for Washington Huskies.

Matisse was born on 4th March 1994 in Scottsdale, Arizona to his parents Greg and Elizabeth Thybulle. His father is a Haitian Engineer while his mother was a naturopath doctor. He is also known to have a sister named Chloe. His mother, unfortunately, died of Leukaemia in 2015. He grew up in Australia in his early years where he used to be an active swimmer and at the age of nine, his family moved back to the USA and settled in Sammamish near Seattle and he started playing Basketball in school.

Matisse attended Skyline high school for a few years before shifting to Eastside Catholic high school from where he completed his high school graduation in 2015. He used to play basketball and perfected his skills during these years. he was later selected by the University of Washington and graduated with a bachelor’s degree in 2019 with an unknown major.

Matisse started his basketball career in high school and used to play for the school team. He perfected his skills and ended up as a three-star recruit as per ESPN after his senior year of high school. Matisse then continued collegiate basketball at the University of Washington as a Shooting guard. He played 34 matches in his freshman year and maintained a great average. The next year, in 2016, he again maintained his record but the team could not win many games.

After graduation in 2019, he was recruited by the Philadelphia 76ers in the 2019 NBA draft as the 20th overall pick. In his rookie season, he maintained his form and became the 2nd sixer’s rookie player after Allen Iverson to record 5 threes and 3 steals in a single game since 1983. In his second season with the team, his game earned him the honor of NCAA All-Defensive second team along with maintaining a great record. He also started his Youtube channel in 2020 where he vlogged about his practice and experience with the 76ers and in the NBA bubble.

In 2020, he was also invited to represent Australian Boomers national team at the 2020 TOKYO Olympics and is set to appear in the 24 men team. He recently played with the team in the exhibition games and scored 12 points which helped the team to win against the US national team. He also played well against Argentina in the exhibition opening game and is in great form for the Olympics.

Matisse has not shared much about his personal life and relationships and has been secretive about his dating life. He is also not known to have any dating rumors in the past and is currently believed to be single. He is really close to his sister whom he considers his best friend and a bunch of mates whom he refers to as his Pack. Matisse currently has 340k followers on Instagram and has around 98k subscribers on his youtube channel.  He is also on Twitter since 2014 and currently has 76.7k followers.

Matisse has only recently started his professional career and has earned a lot with the two-season played. He earlier played college basketball which did not ensure regular income. He is currently earning loads from his pro career at NBA. His net worth as of 2021 is estimated to be around $3.5 million.

Matisse is a young and highly talented and athletic basketball player who has worked hard to perfect each and every skill and gives his best for the team. He is a highly passionate being and is grateful for all the support he received from his family and especially feels a longing for his mother. He has the drive to give his best and has a glorious future ahead.