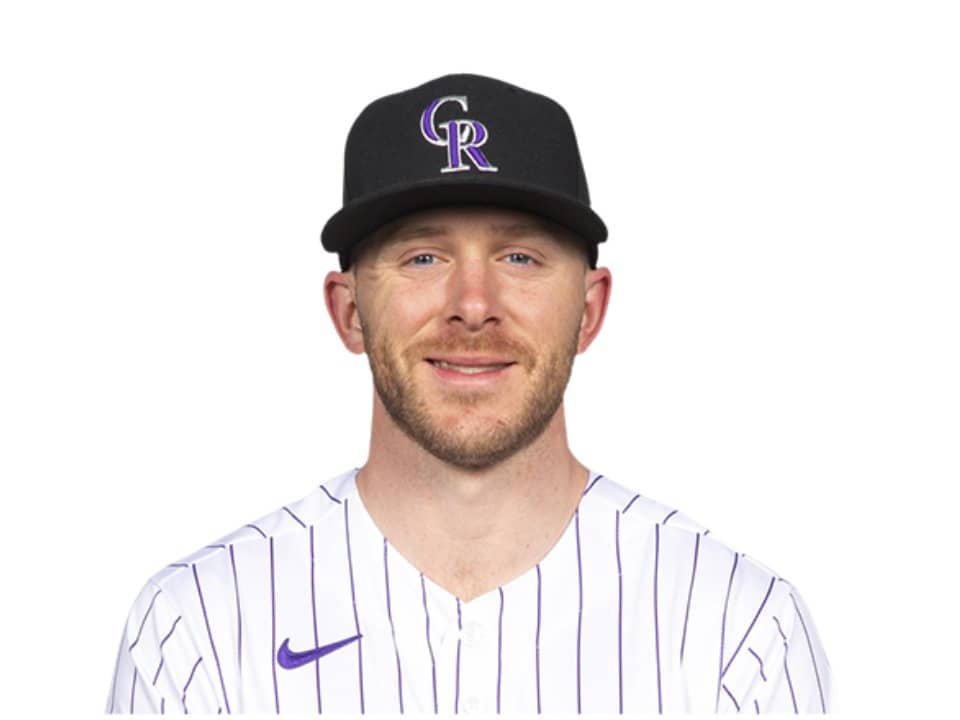 Trevor Story is a 28 years old American professional baseball shortstop for the team named Colorado Rockies which plays in the MLB(Major League Baseball). He made his career debut in MLB in the year 2016. He had made some of the prominent records in the MLB along with that he has already earned many titles within 5 years, in the April of 2016 he was named the national rookie of the month.

He was born in the Irving city of Texas in The United States of America. He was born to Mr.Ken Story and Mrs.Teddie Story. Further, he was born in November of 1992 and he celebrates his birthday every year on the 15th of November. In an interview, he revealed that he is really close to his mother. He has a brother named Tyler Story, he played baseball for the University of Texas at Austin. Apart from playing baseball, he was inclined towards playing football during his high school days.

He completed his freshman, sophomore, and high school years from Irving high school situated in his native town Irvin in Texas. There he played football as well as baseball, however football was just casual but he played baseball for his school team named Tigers baseball team, he played for the team as a pitcher and shortstop. He stopped playing football just after his Sophomore year just in order to give most of his time to baseball and excel in it. Moreover, no information regarding his university education is available on the web.

His career in baseball began very early when he was in High school when he played for the team Tigers baseball team, further his professional career began in 2011 when he was selected in the MLB as a shortstop in the first round with 45th overall selection. In 2011 he signed the baseball contract as a Rookie for the Casper ghosts. Afterward, in 2012, he played for The Asheville Tourists for the class-A South Atlantic League(SAL). Before the season of 2013 Story was ranked 99 by MLB.com, till the year 2016 he played in minor leagues as stated above which gave his career a boost. In the year 2016, his career got a kick start when he played for the Colorado Rockies.

He missed almost half of the tournament due to his thumb’s ligament surgery, in the same season, he made a record by hitting home runs in the 4 initial matches and got the title of MLB player of the month in April. His 2017 season was not good because of some or other reasons. Furthermore, the next seasons including the years 2018, 2019 were not that good, but in the year 2020, he finished the season with 11th rank in MVP voting. Coming toward the awards that he has achieved in his career, he has won 2 times All-Star award in addition to the silver slugger award and that too for 2 times.

He was in a serious relationship from the high school dates and in the year 2018 he married the same girl named Mallie Crow and they celebrate their marriage anniversary on 16th November every year. Furthermore, no such extra affairs and past relationships could be fetched from the internet.

He generates his income from the championship-winning amount and the monthly salary that he receives from the Team Owner. In the year 2011 when he joined MLB as a rookie, he received $915000 as a signing amount. It is hard to predict Trevor’s net worth since he is climbing new heights in his career as a result of which his net worth is fluctuating at a high pace.

It is very hard to predict someone’s capabilities just in a few years, however, he proved himself by making records in MLB and getting his team on top, and becoming the MVP in different seasons. Further, we can expect the same in the next coming years. He has not done well in the past 2-3 years but we can expect a comeback from the player.