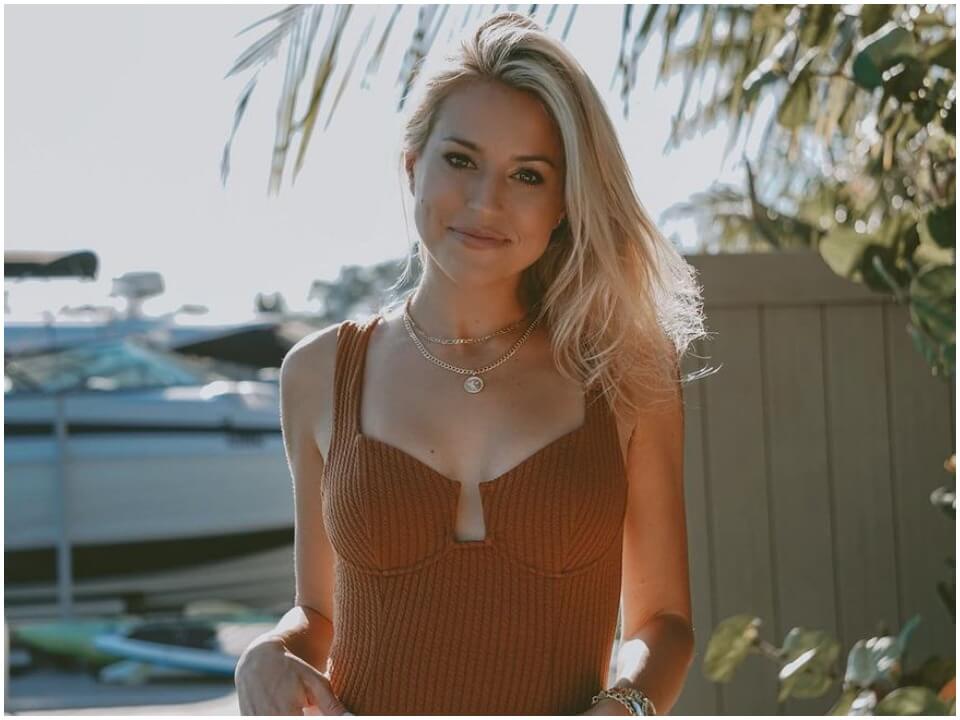 Sara Perlman is a media personality and is the fantastic host of NBC Sports “The Daily” and also a TV actor. She converses about entertaining sports topics with a focus on sports betting. Earlier she used to work for Baltimore Orioles broadcasts on MASN as a side-line reporter until 2019.

Pretty 25-year-old Sara Ashley Perlman was born on 16th September 1994 in Florida. She has never mentioned anything about her parents and siblings as she appears to be reserved about her family history. However, she posts pictures with them on her social media. Her family always supported her wholeheartedly for her profession. Talented Sara got graduated in 2013, from Saint Thomas Aquinas High School.

Sara holds a Bachelor’s Degree in Broadcast Journalism from the American University with a 3.82 GPA where she also played soccer. She also lists her activities at the institution as Women’s soccer and Eagle. She also holds a Bachelor’s degree in Telecommunications from the University of Florida. In her college years, to make her resume powerful, she served as an intern for Sirius XM Radio in Washington and for Comcast SportsNet in San Francisco.

Sports has always been a focal point in Sara’s life since she was a toddler. While attending her high school, she became a national and state champion soccer player. Later she went on to play Division 1 soccer at American University before graduating. She began her professional career as a sideline reporter and color analyst for the NSL and Ft. Lauderdale Strikers.

She joined ESPN in 2015 as their Sports Update Radio anchor and campus connection contributor. She also served as a sports anchor for WUTF News, in the same year. Further in May 2016, she hosted for CBS Interactive and also served as a cage-side reporter for MMA Fights on UFC Fight Pass. Later on, she went on to host ‘MASN All-Access’ covering the Orioles and National. Currently, she works for NBC sports ‘The Daily’.

It is public that she is in a relationship with Trey Mancini, an American Professional Baseball first baseman and outfielder for the Baltimore Orioles of Major League Baseball. She is currently battling cancer with her boyfriend Trey who is suffering from stage 3 colon cancer. Along with her fascinating media career, the beautiful Sara has a huge fan following on her social media. She enjoyed around 12.7k followers on her verified Instagram handle @saraperlman and has earned around 15.4k followers on her Twitter account @saraperlman.

The exquisite media personality is on her journey towards being the best of the rest and is expecting more. There is no data available regarding her net worth and assets as she appears to stay confidential about that information but soon, she’s going to earn a huge fortune through her mind-bending talent.