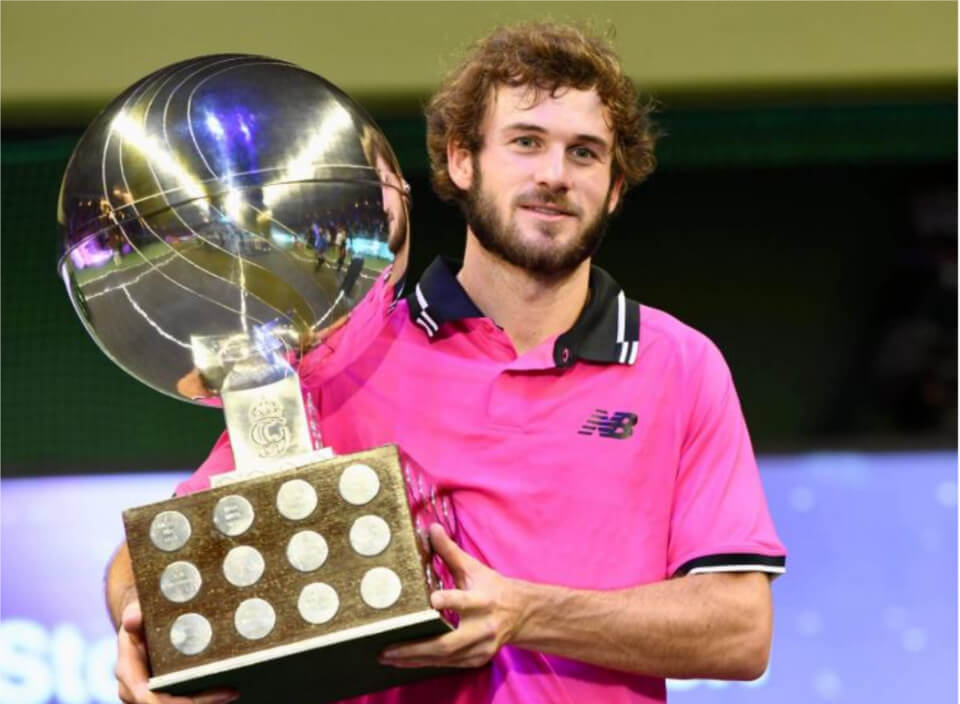 Tommy Paul is a professional tennis player born and raised in New Jersey, America. He is primarily known for a solid attacking forehand and the best footwork along the baseline. Tommy gained recognition after winning his first ATP title at the 2021 Stockholm Open. Throughout his career, Tommy has won his maiden ATP final defeating Devis Shapovalov in 2021. Tommy has played Australia Open, French Open, Wimbledon, US Open, and Davis Cup.

Tommy Paul was born on May 17, 1997, to Kevin (father) and Jill Mac Million (mother). He has 2 siblings named Dylon (brother) and Jessie Lynn (sister). When he was seven, his parents encouraged him to play tennis. His parents are very proud and pleased with his success. His parents are the ones who introduced him to this game and may have high expectations for him. He is one of the brightest prospects in the sport at the moment.

The 25-years old had an outstanding junior career, with an ITF junior rank as high as third. He has a career-high rank of 41 as of January 10, 2022. He is one of those players that have only just started to make a name for themselves in the world of Tennis. His maiden ATP title came only a few months ago when he displayed impressive skill and resolve to win, the 2021 Stockholm Open.

Tommy began his professional career in 2015. He has shown an unusual preference for clay, having won the French Open and his first four ITF future singles titles on the surface. At the 2015 US Open, he qualified for the main draw for the first time but lost in the first round to Andreas Seppi. Paul broke into the Top 200 for the first time in march,2016 when he qualified for the Miami Master and with this feat, he gained a wild card entry into the 2016 US Men’s clay court championship in Houston. After clinching the ATP Challenger Title of the year at New Heaven, he made his place in the Top 100 for the very first time in his career.

Later he also appeared at the Grand Slam at the 2020 Australia Open where he won against Grigar Dimitrov. However, his run came to an end when he lost against Marton Fucsvoics. After that he entered the second round in Singles at French Open 2021 however, Daniil Medvedev ended his run. Following his entry in the quarterfinals of the Rotterdam Open, he made sure to achieve his career-best no. 50 in the singles ranking. At Wimbledon 2022, he is competing against Tommy Paul to qualify for the top 16 rounds.

Tommy is currently in a relationship with Kiki Passo, who is a professional model. Apart from this, she is also a social media sensation who is gaining followers rapidly. No details are disclosed about how long they have been dating because the couple likes to stay away from highlights.

Tommy Paul is slowly but steadily making his name in the tennis world so it is obvious it would take some time to do so. As per the records, his annual salary is around $133000 and his net worth is estimated at around $800K from his career so far.