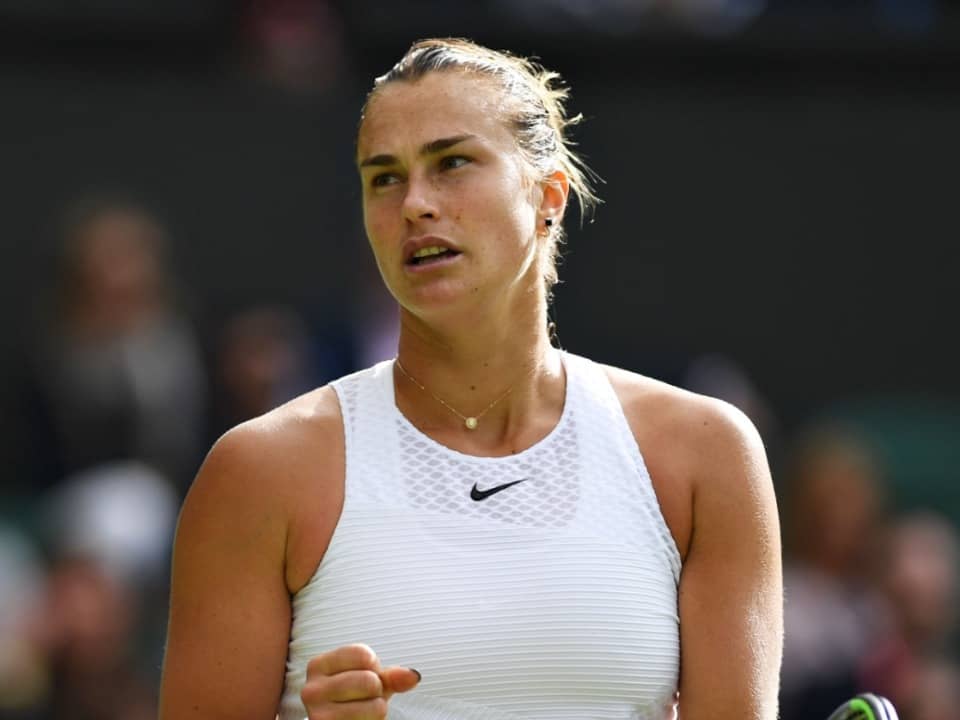 Aryna Sabalenka is a professional tennis player representing Belarus who is slowly gaining the fame which she deserves. Aryna is popular for her aggressive playing style and strong serving style. Recently she gained the limelight after defeating Katie Boulter in a hard tussle and nail-biting match and reached into the third round of Wimbledon 2021. She is all set to create history as today, she will be facing Ons Jabeur in the quarter-final and will try to secure her spot in the semi-final.

Aryna was born on 5th May 1998 in Minsk, Belarus. Ever since her childhood, she has played tennis and was encouraged by her father Sergey Sabalenka who was a professional hockey player. Sabalenka completed a sports-related program at Belarusian State University.

Aryna has been winning junior league competitions since she was twelve years old. This 23-year Belusarian athlete won her first ITF championship in September 2015, and then went on to win two more tournaments in a row. In 2016, Aryna won the ITF series competition in Japan for the second year in a row. During the same season, this famous athlete also won the Fed Cup, defeating teams from the United States, the Netherlands, and Switzerland. She assisted her team in qualifying for the final round, where the Belarusians were defeated by the United States. Up until early 2018, Sabalenka had been working with Khalil Ibrahimov for two years.

Aryna has been a top ten player in both singles and doubles, with the Women’s Tennis Association ranking her as high as No. 4 in singles and No. 1 in doubles. Sabalenka has won two Grand Slam doubles titles with Elise Mertens, the 2019 US Open, and the 2021 Australian Open. She’s won a total of sixteen Women’s Tennis Association titles, six in doubles and ten in singles. In 2020, Aryna won three more titles, i.e., Qatar, Ostrava, and Linz defeating Victoria Azarenka and Elise Mertens in the finals. Aryna has reached the final round of the WTA Championships for the first time in the fall, where she faced Maria Sharapova.

In time for the grass-court season in 2018, Dmitry Tursunov took over as her primary coach. After the 2019 US Open, Sabalenka and Tursunov had a temporary break. She made the split official at the end of the season, despite the fact that they reconnected later in the year. Sabalenka worked with Dieter Kindlmann for a short time before transferring to Anton Dubrov, her long-time hitting partner and compatriot. Aryna showed her skills in Wimbledon 2021 and reached the semifinal however, she lost to Karolina Pliskova with of 7-5, 4-6, 4-6. Due to this, she climbed to the career-high and her personal best 3rd rank in WTA singles.

Sabalenka’s left arm is tattooed with the picture of a tiger. Her nickname “The Tiger,” which she has used to refer to herself, is derived from this tattoo. Aryna Sabalenka is currently in a relationship with former and very famous Ice Hockey player Konstantin Koltsov.

In 2021, in Abu Dhabi, she won the first tournament of the season, stretching her winning streak to 15 matches. Aryna Sabalenkawas ranked number 9 in the world in the 125k series by the Women’s Tennis Association on February 4, 2019. She is currently residing in Minsk, Belarus.