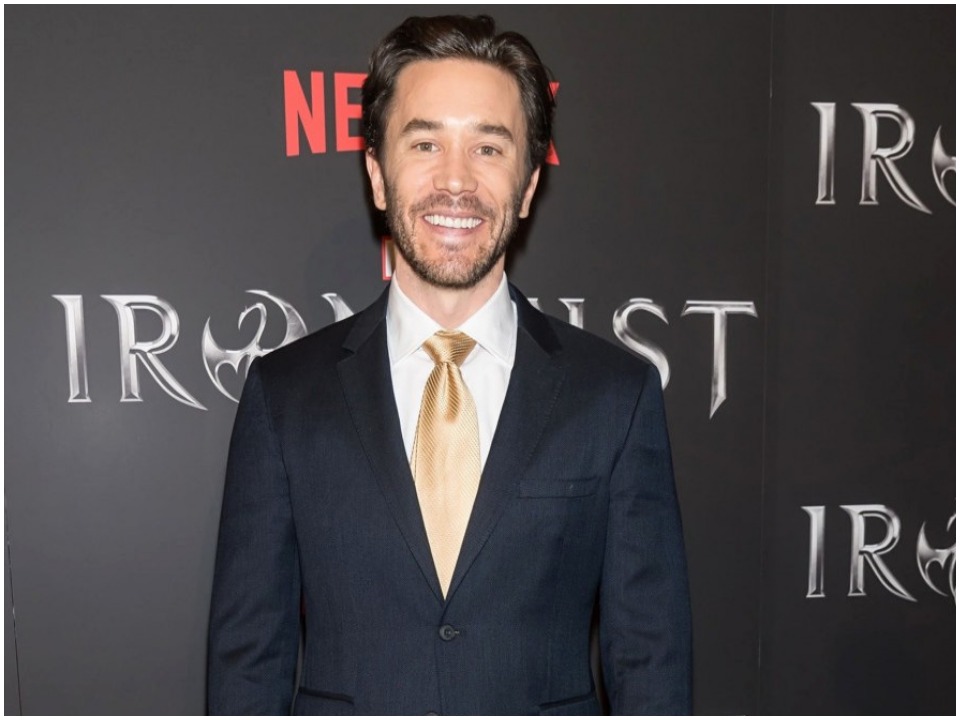 Tom Pelphrey is an American personality who is an actor by profession. He is best known for his roles of Jonathan Randall and Mick Dante, which he performed in the CBS television series called Guiding Light and As the World Turns respectively. He has also performed a few notable roles in the television series called Banshee, Netflix original series Iron Fist, Ozark, and Prime video original series Outer Range.

Tom Pelphrey was born on 28th July 1982. He was raised in New Jersey by his loving and caring parents named Laurie and Richard Pelphrey. He began sharpening his acting skills in high school after which he went to attend FPAC at Howell High. Tom is the recipient of a BFA in Acting from Mason Gross School of the Arts at Rutgers University. He has also received his studies of Shakespeare at the Globe Theatre in London, England. Tom is also a graduate student of Howell High School where he graduated back in 2000 and later received his degree of BA in fine arts from Rutgers University in 2004.

Despite gaining a few notable theater experiences, Tom got his first job on the long-running CBS daytime drama, Guiding Light, for which he has won multiple awards, especially for the portrayal of the character Jonathan Randall. After a few years, Tom left the show and started working independently in films and television shows. He became the co-founder and artistic director of the Apothecary Theater Company, where he produced the world premiere called “In God’s Hat”. The New York Times called the play one of the most terrific plays of all and praised the roles of all involved.

Tom Pelphrey made his Broadway debut with the play “End of the Rainbow”, where he played the role of Micky Deans and later got nominated for multiple Tony Awards. He also appeared in another play called  “Fool for Love”, where he appeared alongside Sam Rockwell and Nina Arianda. Pelphrey has worked for the most notable role of Jonathan Randall in the most-watched and famous CBS soap opera called Guiding Light. He became an active cast member of the show in September 2004 and received lots of accolades, praise, and critical acclaim for his particular portrayal of the anti-hero role of Jonathan.

Tom Pelphrey has recently been found mingling with the famous television personality Kaley Cuoco. Kaley Cuoco recently (in May 2022) shared a social media picture while dating the famous American and Ozark actor Tom Pelphrey. The duo looked happy and cozy while posing for the pictures and were somewhere lost in the love.

Kaley Cuoco has been married twice before getting into a notable relationship with Tom. She was first married to Ryan Sweeting and then to Karl Cook. Kaley Cuoco, who is by now 36 years old, recently got in the news because of her split with her second husband Karl Cook last year in September. The pair appear in front of the media to produce a joint statement that both have developed different paths taking them in different directions so without showing any kind of anger and animosity or contrary, they are agreeing with each other on the split of their marriage.

However, Kaley Cuoco possesses a well-documented dating history starting from 2003 when she first dated Gossip Girl’s Damien Dalgaard, singer Jaron Lowenstein and later rumored to be dating another man called Al Santos- a model in 2007. Even before she married, she was rumored to be dating Johnny Galecki from 2007 to 2009.

On the other hand, Tom has never married in his life. However, he has also been involved in various linkups with different women in his life. One of his linkups was rumored to be the actress Gina Tognoni, whom he dated for nine months in 2005.

It is for sure that the famous, young, and dynamic actor Tom Pelphrey is earning a net worth of more than $5 million. He appeared in 17 television shows, 9 independent films, and one video game notably in 2011. He has also appeared in various events where he was nominated for various awards, accolades, and praises.