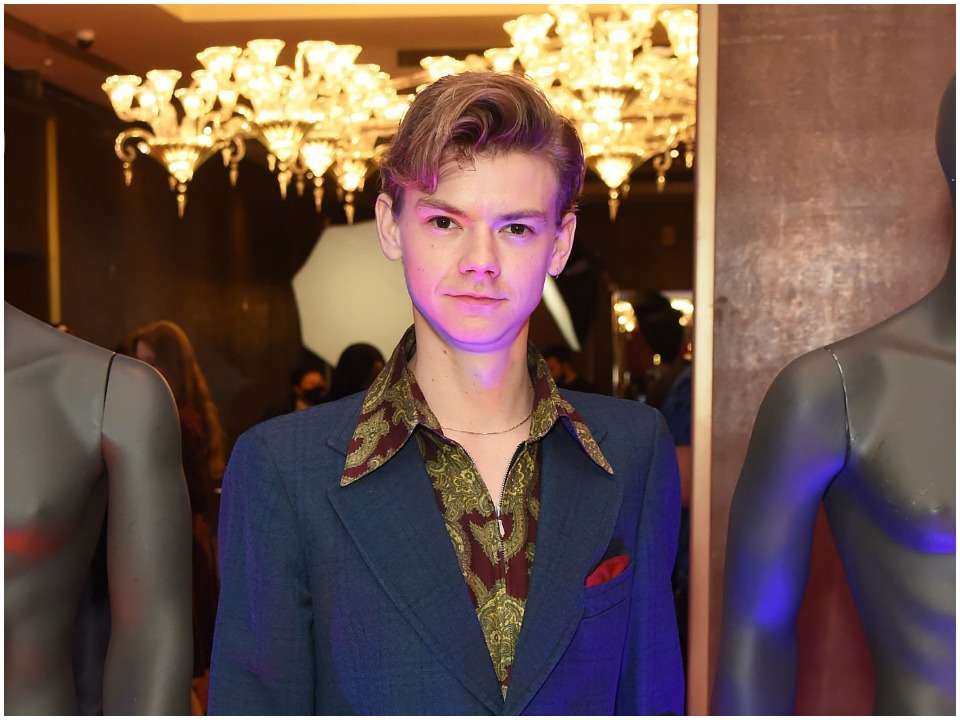 Thomas Brodie-Sangster is a 31-year-old young, aspiring and dynamic American actor. He has developed himself into an actor and producer and is best known for his major roles in Maze Runner: The Scorch Trials (2015), The Maze Runner (2014), and Love Actually (2003). Apart from his acting, he recently stole the limelight for being in a relationship with Talulah Riley, ex-wife of Elon Musk.

Thomas was born on 16th May 1990 in Southwark, London, to his loving and caring parents named Mark Sangster and Tasha Bertram. Thomas was not brought up alone in his family, he has a sister. He has also developed himself into a guitar player and when he was about to feature himself in the film Nowhere Boy, he learned to play left-handed guitar to portray the role. Despite this, he has also learned to play drums for one of his other roles in the film Love Actually.

Thomas Brodie-Sangster began with his first acting role in 2001 when he was filmed in a BBC television film called Station Jim. Subsequently, he started getting a few other television roles including a lead role in Bobbie’s Girl, Stig of the Dump, and The Miracle of the Cards. He also appeared in a miniseries called Entrusted for which he got the “Golden Nymph” award. One of the big hits, the most-praised and appreciated films was Love Actually (2003) in which he played the role of Sam. He appeared in the TV series Feather Boy, where he starred in the role of Robert Nobel in 2004.

He was nominated for his special place in the film for both the Golden Satellite Award and a Young Artist Award. The movie was his second film with the duo Colin Firth and Adam Godley. In 2006, Thomas appeared as the young Tristan in the film Tristan and Isolde, where he could be found participating in the sword-fighting in the movie.  In 2007, his charm and aura increased so much that he was highly praised for the particular role of the child ruler Romulus Augustus in the action-adventure movie The Last Legion. From 2010 to 2011, he gave his voice to Ferb- the TV character of the series Take Two with Phineas and Ferb.

Thomas Brodie-Sangster has been found romantically linked with another actress and his mate in one of the films, Talulah Riley. The couple together hit the red carpet at the Met Gala Dinner in April 2022. Thomas, who is 31 years old, is best known for his few notable films and roles in Love Actually, Game of Thrones, and others. He was found hand-in-hand with the fellow 36-year-old British actress Riley, who has got her credits for the film Pride & Prejudice, and Westworld. The pair posed together for the pictures and sparkled their charm all through the dinner party of the Met Gala night. The duo stayed together while Riley posed for a picture with her hand resting on the actor’s waist.

The pair have together been spotted many times before their appearance at the Met Gala Dinner party. They were last seen together in London several times in the past. During one sighting in November 2021, the pair was photographed holding hands and smiling at each other. Then, the pair was spotted while walking together and side-by-side tightly holding each other. According to the sources, the pair first started dating each other while filming for the FX series, Pistol. Although Riley has been previously linked to Elon Musk, who has taken up Twitter and with whom she was married twice. The couple first tied a knot in 2010 then divorced and then married again in 2013 before finally divorcing in 2016.

Thomas is an English actor who has developed a net worth as high as $4 million. He is known for his best roles in TV series like Game of Thrones and Love Actually. In 2020, he earned critical acclaim for one of his Netflix series called The Queen’s Gambit.