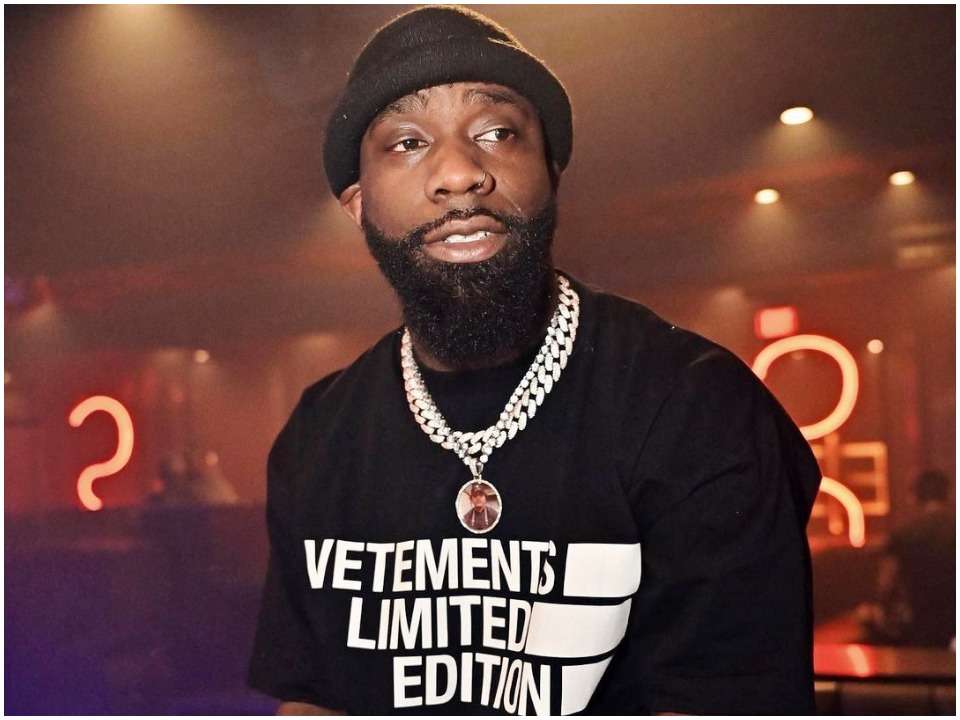 Tobias Dorzon is an American personality who is a former athlete and has now turned into an eminent chef. Despite holding these two positions in his professional life, he is an entrepreneur, Instagram influencer, writer, TV celebrity, and media personality. He often remains in the news because of his tasty and mouth-watering food delicacies. He is often seen posting pictures of his food on social media including Instagram. Tobias is the owner of an upscale culinary restaurant called Huncho House. Besides this, he is appearing on the TV show titled “Food Network”.

The American athlete turned chef, Tobias Dorzon was born on 23rd November 1984 in a chef family belonging to Liberian descent in Washington, D.D, USA, where he spent most of his childhood seeing the popular dishes of his father. As a child, he went to a local high school, started playing football, and also received a scholarship from Jackson State University. He completed his bachelor’s and played football, with the mindset to be a footballer in the future.

Dorzon was passionate about playing football since childhood and elementary school. While in high school, he gained popularity through his game skills and his outstanding talent. He received a scholarship at university and became an active member of the football team. For the moment, there are no details on his siblings, parents’ names, and how he was in his growing up period.

Dorzon made a career of at least three years in football, where he was selected by the NFL and CFL. In a short period, he amassed everyone with his exemplary skills and subsequently created an impression in NFL and CFL. But in 2012, he decided to end his football career and thereby moved to his childhood dream to become a chef like his father. Immediately after leaving football in 2012, Dorzon started working on his cooking skills. He took the help of social media, especially Instagram, where he shared food photos, and cooking videos. Seeing his exceptional talent, he was recognized by one of the famous football players and the NFL team member, Santana Moss.

He invited him to cook for his family and friends and show his talent in front of others. Following the early success and recognition in the local community, Dorzon appeared in Guy Fieri’s show called Guy’s Grocery Games, from where he started gaining international recognition. Later, he worked for an NGO, called James Beard Foundation and landed himself a partnership with one of the famous restaurants called Fresh Green. He started appearing in news magazines, newspaper articles with the featured cover stories and pictures. Today, he is famous as a rising star on social media, a TV personality, and a very popular chef in the country.

Tobias Dorzon is a happily married man, who has a well-established family of three people, including his wife (who was earlier his long-time girlfriend) and two daughters (who by now have become teenagers). Although he has not given any precise details and identity regarding his wife, he often shares pictures of his two daughters while having fun together on social media. For the moment, there is no precise information on the age, birth, and wedding details of the long-time loving partners turned husband and wife. However, it is known that Dorzon is a rising social media influencer and has gathered almost millions of people on his social media profiles through his exemplary skills and the art of decorating plates. He often shares images and videos of his traveling, cooking, adventure, and other insights into life on social media.

Tobias Dorzon has earned a net worth of around $3 million. He is the founder and owner of his self-funded restaurant called Huncho House. Tobias often enjoys playing soccer, basketball, dancing, cycling, driving cars, fishing, and trekking in his spare time. He is a well-known animal lover who has adopted a few pets including dogs and cats in his real life also. The best part he developed from his family history is that his father is also a chef and he turned himself into a chef after developing at least three years of a football career.