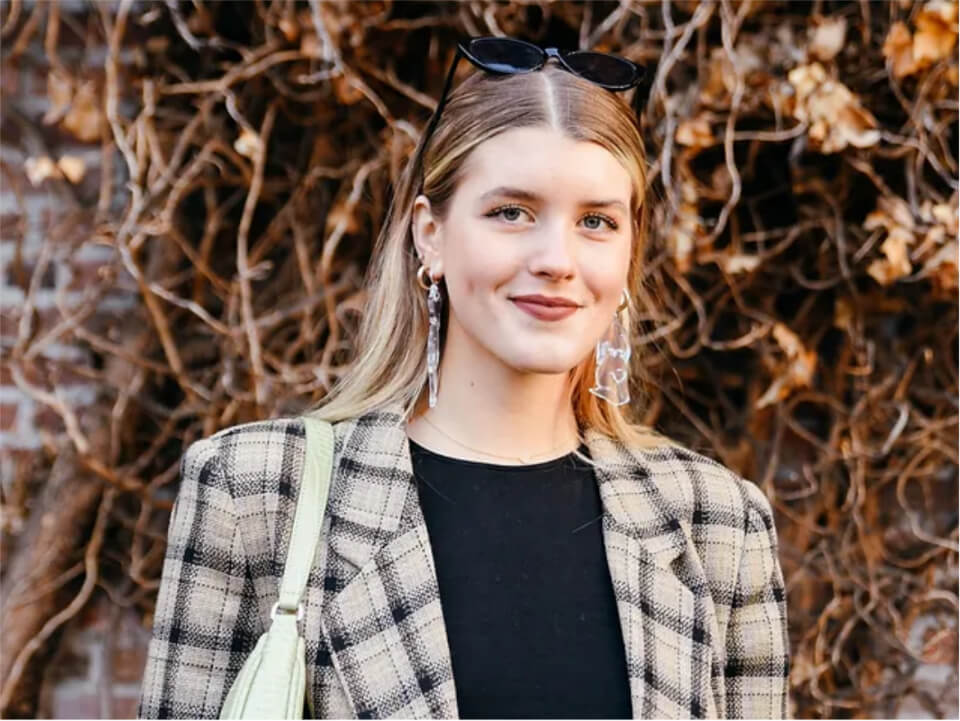 Tess Owen has been recognized as a respectable female Senior Reporter at VICE News since July 2020. Her expertise includes – strong writing skills, website editor, and fact-checker, as well as an excellent working knowledge of digital media platforms. She has won the prestigious award- Newswomen Award for Investigative Reporting, two times.

Tess Owen was born in 1987 in the United States although, her exact date of birth and place is not known. As of January 2023, she is between the ages of 35-40 years old. Tess never disclosed any information about her life, her parents, and other family members in public.

From 2000-2005, she earned her education at South Hampstead High School. In 2007, she completed a language course in French civilization at Paris-Sorbonne University. After that, she enrolled at Mount Holyoke College in 2010. In 2012, she earned her Bachelor of Arts (BA) in Literature. After graduating, she moved to Turkey for six months and then moved to the City of New York for higher education. She studied at Columbia University – Graduate School of Journalism, NY, and earned her Master’s Degree (2014-2015) in Journalism.

Tess started her career while studying at college in 2009. She worked as Editorial Intern from May – July 2009. Later, she served as a Research Assistant in Paris with Richard Behar, an American investigative journalist. She worked there from July – Aug 2011. As a Research Assistant, she assisted him by reading French news articles and collecting information on potential interviewees for the book.

Tess began her professional career when moved to the City of New York. In Jan 2013, she joined BULLETT Magazine, in New York. She worked as a Web editorial intern and left in June 2013. The following same year, she served as a Photographic Assistant and assisted Matthu Placek from July – Oct 2013.

In June 2015, Tess joined VICE Media, LLC based in Brooklyn, New York. She began her career path as a Reporter at VICE News and worked for 5 years. She reports on events throughout 2020 including the coronavirus, Black Lives Matter protests, and the Stop the Steal movement.

In July 2020, she got promoted to Senior Reporter. Currently, she covers extremism, political violence, and domestic terror at VICE news.

Tess is a married woman. According to the New York Times, Tess’ full name is Tess Alexandra MacVicar Owen. She met Andy Campbell (full name Andrew Blaise Campbell) in Charlottesville, Va. while she was filming for the aftermath reporting on the subject- “Unite the Right ” rally of white nationalists. In December 2018, both moved into living together in Brooklyn.

Her Husband, Mr. Campbell is known to be working as a senior editor and reporter at HuffPost. He went to Western Washington University in Bellingham for his graduate degree in college. He is the author of “We Are Proud Boys: How a Right-Wing Street Gang Ushered in a New Era of American Extremism,” which was published on 20th September 2022 by Hachette Books.

In December 2020, Mr. Campbell proposed to her. Later, they were legally married on 26th Aug. at the town hall in Gondrin, France, attended by the mayor, Didier Dupront, and 40 other guests. The next day, another ceremony took place which was organized by Mr. Campbell’s former boss at HuffPost, Buck Wolf. his boss organized a reception inviting nearly 120 friends and family at a private home party venue. As of January 2023, she has not revealed any information about her children and marital status to the public.

Tess Owen served as News Reporter at VICE News since June 2015. It is safe to say that she earned an estimated net worth of around to be $3 million.