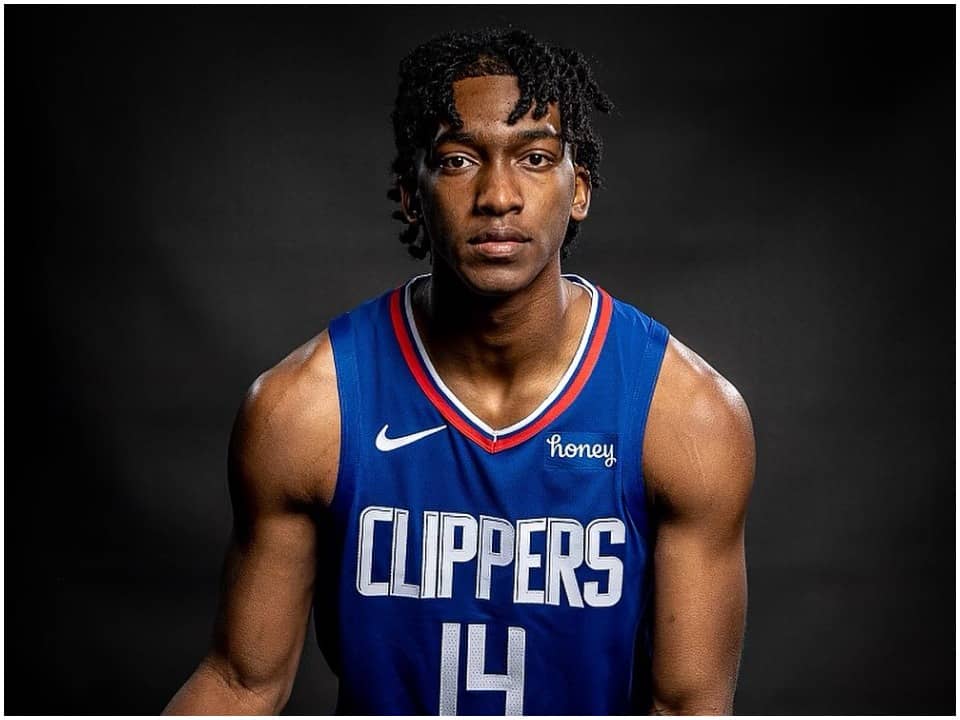 Terance Mann certainly emerged as the savior for the Los Angeles Clippers as he saved the day for his squad. He is a professional basketball player who recently showed his skills for the Florida State Seminoles. Today, he scored 39 in a do-or-die match as for the first time in 51 year history of LA Clippers reached the Western Conference finals.

Mann was born on 18th October 1996 in Brooklyn, New York however raised in Lowell, Massachusetts. His mother Daynia La-Force is the coach for Rhode Island women’s basketball whereas Eustace Mann is his father. His dad used to play soccer and wanted Terance to play soccer as well. Also, his mother also tried to convince him to play soccer but he was destined for basketball only. His brother Martin is also a basketball player who plays for Pace University.

Being a son of a sportsperson, it is natural that he would opt to build his career in sports. The same goes for him as Terance remained an active sportsperson during his school days. He went to Tilton School and he showcased his immense talent in those days where he averaged 23.1 points and 7.8 rebounds per game as a senior.

With his 31-5 record score, he led his school team to win New England Preparatory School Athletic Conference Class AA Champion. Because of his skills and commitment to the game, he got offers from Indiana, Boston, Iowa, and Maryland universities to play for their side. However, he opted to play for Florida State University and he signed him with them as a four-star recruit. Terance started off his college career as a freshman where he averaged 5.2 points and 17 minutes per game falling behind Malik Beasley and Dwayne Bacon.

As a junior, he scored 12.6 points, 5.4 rebounds with 2.6 assists per game whereas he averaged 11.4 points and 6.5 rebounds per game during his senior year. During Sweet Sixteen of the NCAA tournament, he led his team to a 29-8 victory and concluded his career with immense success. At the end of his college career, he emerged as the third player from the college to score 1200 points, 600 rebounds with 200 assists, and 100 steals.

Due to this record, he was drafted by Los Angeles Clippers as the 48th pick in the 2019 NBA Draft. He made his debut for LA Clippers against LA Lakers where he scored five points with nine rebounds and four assists. After that, he continued to impress with his game and tried to confirm his place in the team. In July 2019, the team officially made an announcement that he had signed Terance. On 24th October 2019, Mann made his NBA debut in a 141-122 win against Golden State Warriors with a rebound to his name. Most recently he stole the limelight and probably landed the best performance of his career so far for the team. With his 39 scores, LA Clippers successfully erased 25 point deficit and entered into the Western Conference Finals.

No doubt, he is young enough to be in a relationship and also quite popular in his town. However, he is quite focused on his goals and only wants to give his 100% to the team. So it seems Terance doesn’t have any girlfriend yet publicly but it could be possible that he might be in a secret one and doesn’t want to disclose yet to anyone.

Mann is quite young but still managed to reck a handsome amount of wealth with fame due to his talent. He signed a 3-year contract with LA clippers where he received $4.3 million that includes $2.5 million guaranteed and an annual salary of $1.4 million. He made a base salary of $1.5 million in 2020-2021 and earned about $6.1 million so far from these two seasons.