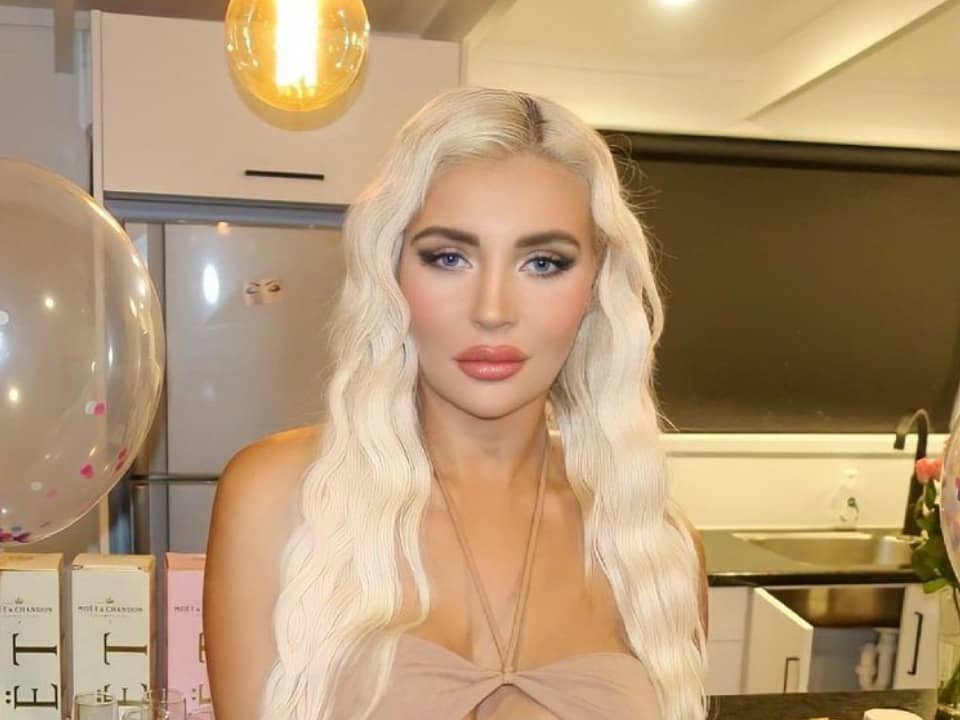 Larissa Trownson is considered as ‘Beauty with Brains’ as she is a professional Lawyer, model, Reality Tv star, TikTok star, and social media influencer. She is one of the hot contestants of the show Too Hot to Handle in season 2, which is currently airing on Netflix. It is the best show, which people are binging these days. She has already started to grab attention through her charm, sexy attributes, and attractive personality.

Larissa is a native of Palmerston City, North Island, New Zealand. She was born in her hometown on 30th October 1993 and was raised by her parents Paula Barratt, who is an ambassador at Body Image Movement and her stepfather, Grey Barratt, who works at Preferred NZ Ltd. Her mother married her stepdad in 2012 and since then they are together. Larissa has a step-sibling namely, Tayla Barratt, a worker at the child care, The Cubbyhouse. Her mother recently uploaded a post, where she wished her daughter on a new Tv venture and also confront those who were negatively commenting on Larissa’s dressing.

She also praised her and stated that she is all grown into a beautiful inside and out, supportive, caring, funny, intelligent, and successful.  The stunning girl didn’t disclose her high school’s name, but it is known that she enrolled in VIC school, from where she graduated with a degree in Criminology, International relations, and Law. She acquired her degree in B.A. LLB for five years from the same school and received her degree in Criminology and Political Science in 2016.

Larissa utilized her knowledge in the law field and decided to learn more in the stream initially. She got an opportunity in the Tertiary Education Commission for work. She felt extremely proud to serve at the ‘World Trade Organization’. Then finally came to work in the Wine Law. Currently, she grabbed the chance to appear on the latest reality Tv show which is airing all over Netflix called ‘Too Hot to Handle’ season 2. It is basically a dating game show based on ten incredibly hot singles, who a placed in a luxury villa in Turks and Caicos.

However, it runs on the rule that all the contestant should maintain their individuality and should not get into any sexual activity. Following the rules, it could lead them to win $100,000. And if the rules are broken by any contestant, they had to face consequences and as a result, some amount will be deducted from the cash prize. The first 4 episodes were released on 23rd June 2021, which made the show ‘most watched’ and raised the rank.

Larissa tries to present herself in such a way that the world can see her fun side too. She is very much private as to share too much of her life on social media is never wise in her line of work. Her astonishing pictures on social media blew away the minds of her followers and make them fall in more love with her. Her Instagram bio goes like ‘Lawyer – you can be intellectual and wear a bikini too’, which says everything about her. She had 31.7k fan buzz on her account @larissa_trownson. She highlights her body with her Bikini collection and open clothing.

Trownson is a person, who does not want to stick to one man. She prefers to endure attention from all attractive men, this probably makes her happy to share her time and fun-loving attitude with men. However, glancing at her in the show, it seems as if she is involved and attached with another contestant namely, Nathan, who appears to be very much into Larissa. Though it is not confirmed yet that if they in any type of relationship or just close friends who like to flirt with each other.

The blonde beauty, being a young lawyer and a model at the same time, has been able to lavvy a big fortune so far. Being a supermodel, her expected salary is $42,000 to $45,000 per year. She carries the worth of $1 million through her passion and profession. She is also a part of several commercials and is expected to win the show to increase her net worth.