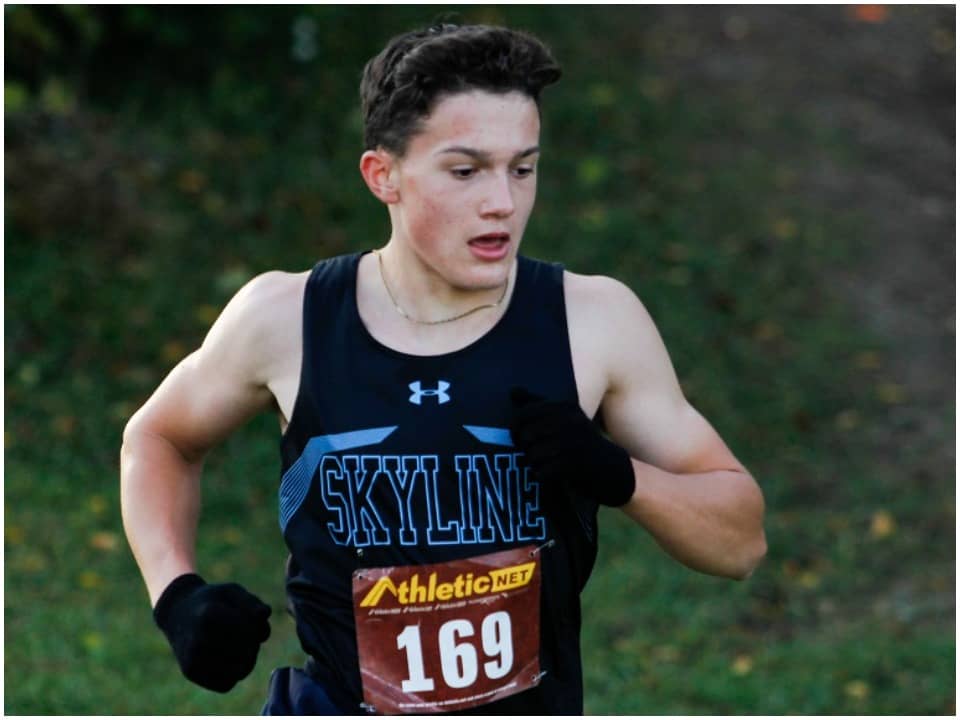 Hobbs Kessler is an American Athlete who recently qualified in the US trials for the 2020 Tokyo Olympics in 1500m and reached semi-final trials. He became the best athlete in Michigan starting as an unknown runner and now a hopeful Olympic candidate.

Hobbs was born to his parents who are also from sports backgrounds and are coaches. His mother Serena Kessler herself qualified for the 2012 US marathon Olympic trials and also placed 2nd in the 2011 Detroit marathon. She is currently a coach of the girls’ track team at Skyline high school while his father coaches the boy’s cross country team at the same school. His father earlier ran for Eastern Michigan.

Hobbs is currently 18 years old and is known to have a younger 15-year-old sister named Natalie who is also an athlete. Hobbs has not shared much about his early education but it is known that he attended Community High, a magnet school in Michigan for his high school studies. But he competed in track and field events for another school named Skyline High. He graduated from high school in the year 2020. He did not continue further studies to college and instead turned into a professional player.

Hobbs had joined a training club called Very Nice Training club and put in all his focus on running in the last year of high school. He later went on to qualify in the US trials and ranked at the 5th position in Portland. He also became the second-youngest male to qualify in the event since Jim Ryun. Recently he won two titles for 1600m and 800m in the Michigan state track finals. He also became a professional only recently this year in 2021.

Hobbs is currently settled in Ann Arbour, Michigan which is also his hometown. He has not shared much about his personal life and relationships and has also not shared much on social media. Currently, he is believed to be single and has his full focus on building his career. moreover, there is no information about his past girlfriends as well. Hobbs is on Instagram where he has 11k followers currently. He shares pictures about his daily life experiences, pictures with his friends and fellow sportsmen, snippets of him during events, rock climbing, etc. he is not known to be on any other social platforms like Twitter or Facebook.

Hobbs has been running track and field for since long and has achieved various records and awards. He earned a lot of income through winning in tournaments and events over the years. although his exact income cannot be assessed, his estimated net worth as of 2021 including that of his family is around $600,000.