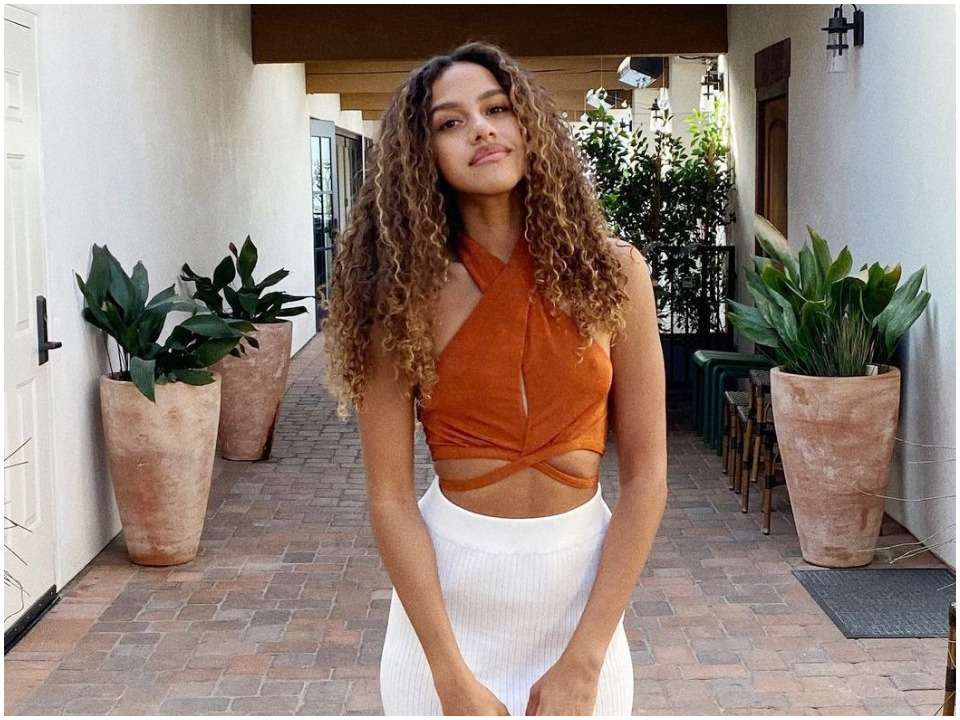 Teddi Wright is one of the beautiful, smart, and hopeless romantic persons who are on her way to finding a soul counterpart for herself. Teddi is living in Highland, California, and believes in playing with her own rules. She says that she doesn’t want to settle for less than what she wants in a perfect partner for herself. Clayton Echard’s season of The Bachelor is here with season 26. The show first aired on television on 3rd January 2022. It was previously thought the shooting would be challenging because of the pandemic. This is why the last season of “The Bachelors” was filmed in a “bubble” and the cast or the crew members did not visit the different locations for the shoot.

But this time there is no such case for Clayton Echard’s season “The Bachelor” as the 26th season of the show will be filmed in different locations. The Bachelor is one of the most awaited shows this time. It will officially be filmed at the traditional location i.e in “Bachelor Mansion” in Agoura Hills, California. The mansion is highly famous and is called ‘Villa de la Vina’. The crew and the fans of The Bachelor probably know this location from the start of the season as most of the seasons have been filmed here.

Teddi says that she is 24 years old and she was born on 16th October 1996 in California. The contestant works as a surgical nurse and she grew up in a strict Christian household (according to her bio on ABC). But, now she wants to live by her own rules. She also thanked God for making her capable of the role of being called a nurse. She has also quoted the Bible on her Instagram account.

The contestant has also offered her glance on social media with the host of the show Clayton Echard who will be the potential partner of the new series. Viewers can find her on Instagram with the handle @teddiwright. Her Instagram timeline includes her images of the promo for “The Bachelor 2022” along with the photos of her family and friends.

The Bachelor contestant Teddi Wright passed her National Council Licensure Examination in February 2020. She is an officially registered nurse. Teddi says that she is officially working in the surgical unit and has been appointed as a nurse in California.

The new series of “The Bachelor 2022” is finally here, making fans wonder about the contestants. This time Clayton Echard would be leading the show and the contestants would be competing to win his heart. Thirty-one women are vying for Clayton’s heart and one of those contestants is Teddi Wright. She is all set to make her connections and look for someone who is intimidating and with whom she can ask for the hard-hitting questions on the first date.

While she is all ready to form her deep connections on the show, Teddi is looking for the kind of man who can have fun with her and is not afraid of joining her for the late-night skinny dip. Teddi seeks to have real things in her would-be partner. She says that she wants to share her heart with someone who truly believes in her. “The Bachelor 2022” first premiered on 3rd Jan 2022. The viewers can catch the episode every Monday night on ABC.

Teddi has not revealed much about her personal life. She has only confirmed that she belongs to a Christian household where her family members used to be strict about their own rules and regulations being imposed on the family. However, she doesn’t want things to be the same for her. She says that she would like to have her own rules by participating in the new season of “The Bachelor”

Teddi Wright is a registered nurse in California. There is nothing else revealed about her identity. It seems that she does only healthcare work for earning her livelihood. We assume that she might be capable of earning a net worth of approx. $1 million.