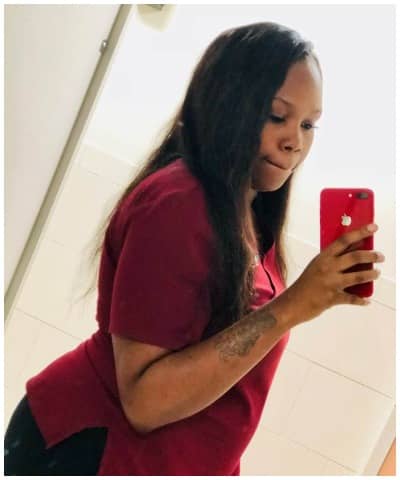 Taz Hayes is a woman who has been accused of shooting another woman in Arkansas. The incident happened before Little Rock, Arkansas, Police Chief Keith Humphrey “fired his pistol” at her. The video of the shooting has gone viral. It captured the emergence of the video scene. Arkansas State Police released a statement based on the shooting that happened the New Year’s Eve 2021.  Authorities have confirmed that Hayes who is 29 years old shot another woman named Kelecia Mayo (22 years old) that further prompted another little rock police officer on patrol to open the fire.

A native of Miami, Florida, Taz was born on 18th October 1992 but now lives in Little Rock, Arkansas. As far as her occupation is concerned according to her FB account, she currently works at Baptist Health Little Rock and she is a mother to a child. Although we don’t know who is her husband or she is ever married or not as well.  The shooting took place near Asher Avenue and Fair Park Lane. The outlet reported that chief Humphrey joined the patrol on New Year’s Eve to hold down the crimes in the city. The outlet reported that his shooting subsequently hit the police car. Many are questioning Humphrey’s shooting.

Arkansas State Police stated that it was one of the unprecedented situations that caused the chief of the police to fire. The investigations have been carried out on both cases. People are cooperating on the matter.

As the shooting happened near the store in the parking lot, someone captured the whole incident on the camera. It can be seen that Taz Hayes shot a gun after another woman smashed a car window. The incident took place last night of the last day of the year, i.e, 31st December 2021. A little rock police officer got involved in the incident. The armed disturbance made the police officers arrive at 5103 Asher Avenue. Both of the cases are now under investigation.

At 8:55 p.m, a little rock police officer was patrolling the area east of Asher Avenue. He witnessed the fight among the crowd that happened outside the convenience store in the parking lot. As soon as the officer approached the store, Taz Hayes, 29, who was one of the individuals creating a disturbance in the lot, fired a gun into the disturbance. The shot left another woman named Kelecia Mayo, 22, wounded. This is why officer Humphrey started shooting (As confirmed by the Arkansas State Police).

The little rock officer fired his pistol at Hayes. Later, a bullet was recovered by the state police special agents from the parking lot while examining the incident. Hayes got injured while being present at the time of the incident and was immediately taken into custody at the scene.

Mayo, who suffered the shooting, was transported to the Little Rock hospital and was initially said to be in critical condition. Moreover, the police officers have released the questions regarding the identity of the Little Rock police officer administering his status. Little Rock Police wrote, “During the early hours of 31st December 2021, Police Chief Keith Humphrey was working a New Year’s Eve detailing the things along with other members of the command staff. Chief Humphrey met the disturbance in front of the super stop at 5103 Asher Avenue. He was about to exit his vehicle to make contact with the person, and an armed suspect opened the fire. The chief engaged the suspect and tried to smoothen the disturbance using his weapon. However, the suspect immediately fled the area of the incident but later after a while, she was taken into custody.

They will interview the suspect Hayes who will subsequently be charged with battery and first-degree crime at the nearby Pulaski County Detention Center. He also confirmed that the agents have been involved in the investigations today and will later submit a separate file to the Prosecuting Attorney Larry Jegley. The prosecutor will utilize the investigation and the piece of evidence to assist the case and will also determine the deadly use of the force by the law enforcement. According to Arkansas Online, Hayes was involved in the road rage incident that created a disturbance and ended at the super stop convenience store and the parking lot.