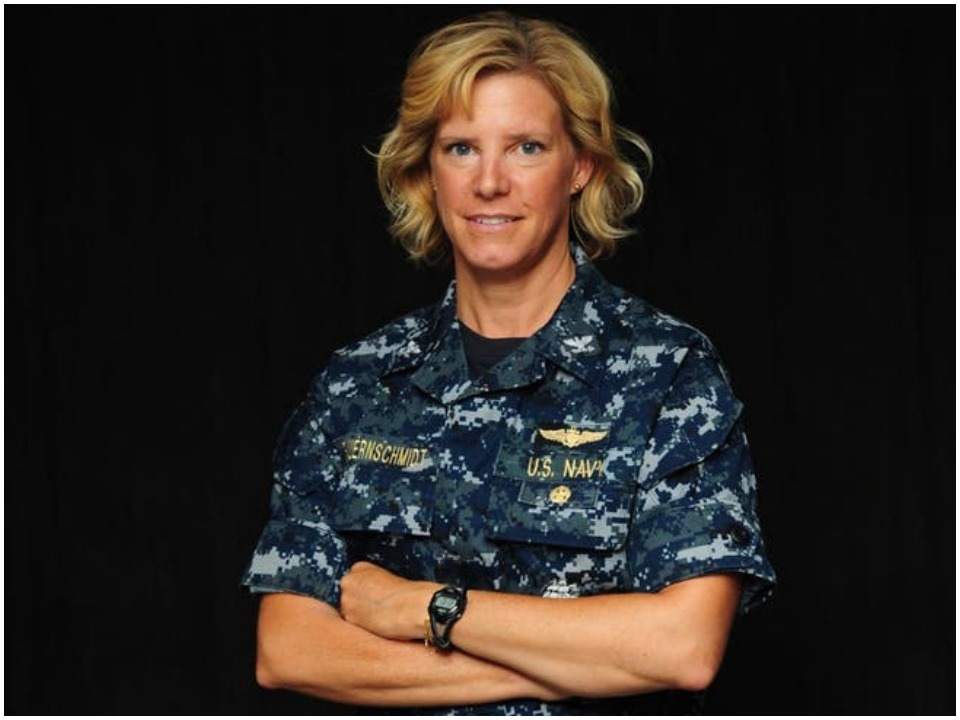 Amy Bauernschmidt is a United States Navy officer famously known as the first woman to have served as an executive and Commanding officer in US Navy and also known for her immense contribution to the service over the years.

Amy Bauernschmidt was born on 4th December 1970 in Milwaukee, Wisconsin, USA. She is believed to have been born in a white Caucasian family and is also believed to be a Christian. However, there isn’t any information available about her parents and family members. Amy completed her school education from Divine Savior Holy Angles high school in 1989 and for her college education; she joined United States Naval Academy in 1990. She completed her Bachelor’s degree in ocean engineering in 1994.  In 2012-13, she also completed her Masters’s in National security service from Naval War College.

Amy Bauernschmidt started her career in the Navy soon after her Bachelor’s degree and joined as a flight trainee in 1994. She was then commissioned as the Quality Assurance officer at Helicopter Anti-Submarine squadron Light 45 in 1997. A few years hence, she joined as Instructor Pilot on HASSL-41 in San Diego and also became the Executive assistant of Carrier strike group 7. In 2004, she again joined as Operations officer on HASSL-51 in Japan. She worked there for around 4 years and came back to Washington DC to join The Joint Chiefs of Staff as the Executive Assistant and Program Manager.

In 2010, she was made the Commanding and Executive Officer of Helicopter Maritime Strike Squadron 70 in Florida. She worked in the position for nearly 3 years and then left to pursue her Master’s studies. In 2013, she returned to her job and joined as Senior Military advisor in the Secretary’s office of Global women’s issues in the State Department. She gained a lot of experience over the years in the Navy working at different positions and was soon commissioned at the post of Executive Officer on USS Abraham Lincoln in 2016.

Amy became the first woman to ever hold that post in the US navy and soon also became the Commanding officer of USS San Diego creating yet another history. She recently assumed the command of the nuclear carrier USS Abraham Lincoln in August 2021 and became the first woman to command a nuclear carrier in US Navy. Amy currently has Captain Patrick Baker as her Executive Officer and Commands Master Chief Brian Happli on board for the carrier.

Amy currently has a well updated LinkedIn profile where she has more than 500 connections. Other than this, she is not known to have any active or public social media accounts and thus much is also not known about her personality and social life.

Amy is known to be a married woman but has not shared any detail about her husband or if she has any children. She has always kept her personal life out of the public view and might also be under military rules to not disclose personal details. However, she is known to have a keen interest in Swimming.

Amy Bauernschmidt has been working in the US Navy for the past several years in which she managed the workload of many significant posts. She is believed to have accumulated a lot of income over the years and her net worth as of 2021 is estimated to be around $2million.