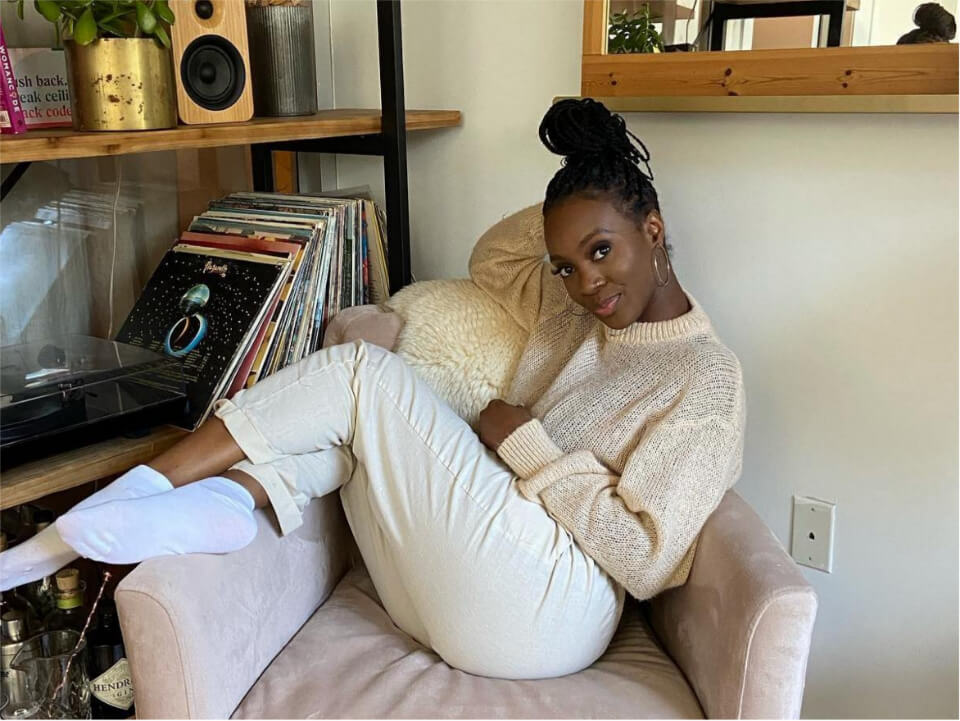 Tameka Griffiths was born on 30th December 1995 in Toronto, Canada. As of January 2023, she is 27 years old. Tameka does not reveal any information regarding her parents, siblings, and family members. Talking about education, she completed her schooling. However, her complete education details about school and college are unknown.

Tameka began her career as a television actress in 2017. Initially, she was featured in one episode of Yoga 101 (April 2018), a CBC Comedy social series about the ridiculousness of the modern, urban yoga studio. She rose to prominence when she was included in the film The Rest of Us (2019), which was directed by Aisling Chin-Yee.

In the film, she played the character of Gabby (Supporting role) along with star casts such as Heather Graham, Sophie Nélisse, and Charlie Gillespie. The following same year, she represented the character Ameena in the film White Lie (2019), which was directed by Yonah Lewis and Calvin Thomas.

Tameka is also featured as Eriel in two episodes of the TV series Titans (2019). She also appeared in the TV series Grand Army (2020) as Kaila and in Diggstown (2021) as Taylor Dayal. Due to her acting skills, she got the opportunity to work on Netflix projects – Ginny & Georgia (Released on 24th February 2021), created by Sarah Lampert.

In the series of seasons 1 and 2, she represented the character of Bracia Charles (a teenager in high school) along with star cast Felix Mallard (as Marcus Baker), and Brianne Howey (as Georgia Miller). Currently, she is working on upcoming projects for the year 2023.

Tameka Griffiths does not like to reveal any information regarding her personal life in public, so nothing is known about her personal life related to her boyfriend or connection as well as her marital status.

Despite her supporting roles, she has impressed viewers with her acting. She mainly earned as an actress. It is safe to say that Tameka’s estimated net worth is around to be $2 million.