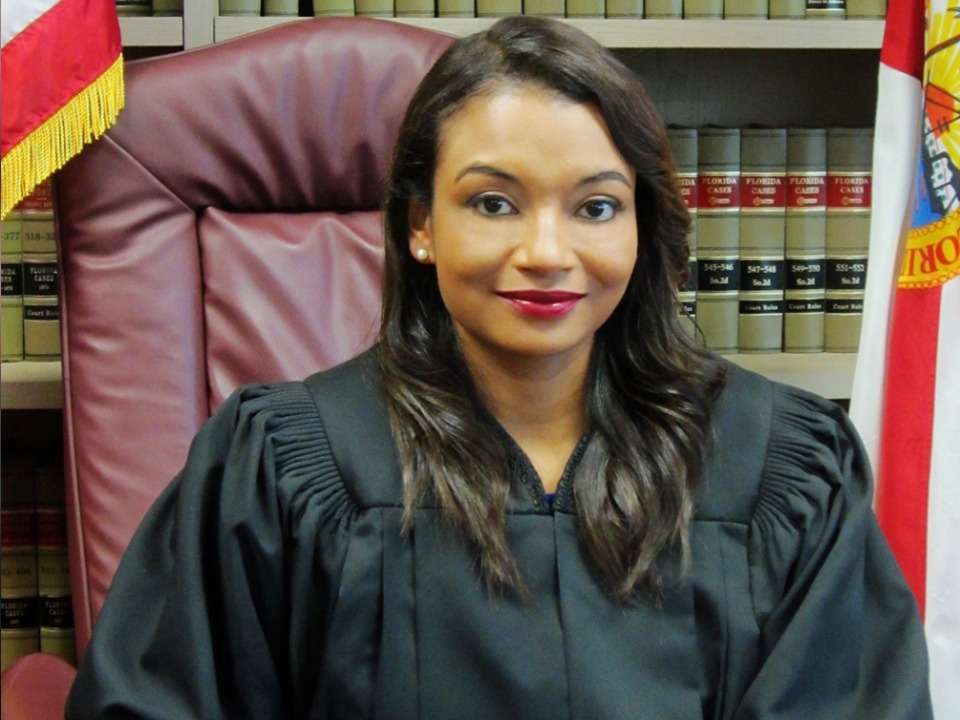 Tabitha Blackmon is an American Judge recently appointed to the 17th judicial circuit of Florida. She is highly an intellectual personality and her persona as a judge is well respected all over society.

Tabitha was born in the late 1980s although her exact birth date couldn’t be discovered at the moment. She immigrated from Trinidad at the young age of 9 years. Her family settled in Florida, USA and since then she has been raised in the city itself. Her father is a lawyer although he could not pursue being an attorney due to family reasons. There is no information available about her mother and both of her parents’ names are unknown.

Much is not available about Tabitha’s educational background but it is known that she grew up and completed her high school education in Florida although the name of her school is still unknown. Since childhood, Tabitha wanted to follow in her father’s footsteps and went on to pursue law. She first completed her bachelor’s degree from the University of Florida and later went on to pursue a degree in law from Levin college of law, University of Florida.

After completing her law education, Tabitha started practicing as a government attorney in the district court of the southern district of Florida and the US supreme court. She joined as an assistant attorney at the state attorney’s office in 2009. She later started working in the office of the Attorney general as a prosecutor in 2017. Along with this, she was also in the children’s legal service department at the department for children and families. She practiced as an attorney for a decade years before she was appointed as a judge.

Her passion has always been to be a lawyer for the most vulnerable section of society, as demonstrated by her years of service as a government attorney. She has been highly involved in public service and tried to help others through her profession. She also became part of the non-profit organization, The Carrabin bar association which represents over 150 attorneys from the south Florida district. Recently in June 2020, Tabitha Blackmon was appointed as the 17th judge of the judicial circuit of Florida replacing Judge Michael Davis. She was appointed to the Broward County bench by Governor Ron DeSantis and sworn in by chief judge Jack Tuter.

The judge has never been in any kind of controversy related to her sense of judgment or her profession but more recently she has been in news due to an incident with the defendant of a case. In February during a virtual hearing, defendant Demetrius Lewis was presented before the judge accused in a case of attempted burglary case. He found the opportunity and tried to flatter the judge by repeatedly saying she was gorgeous. Judge Tabitha thanked him and added that his flattery would work everywhere but her courtroom. The judge maintained highly professional behavior and later charged the defendant with a $5000 bond finding him guilty of breaking into a house while three children and their mother were inside.

Although judges are permitted by federal courts to maintain social media networks and accounts under specific guidelines, Tabitha has chosen not to restrict her presence. She only has an account on Instagram which is private and has 5529 followers. Other than Instagram, she is not on any platforms like Facebook or Twitter.

Tabitha is currently married and has two daughters with her husband although she hasn’t shared their names with the media or on social media. Tabitha is also known to be very close with her aunt who also came to support her appointment as a judge. Currently is also an active member of the Broward County legal community.

Judge Tabitha has worked as an attorney for almost a decade and now works as a judge. She has earned a stable and comfortable lifestyle for herself and her family. Her estimated net worth as of 2021 is around $1 million which she built as an attorney for several years.