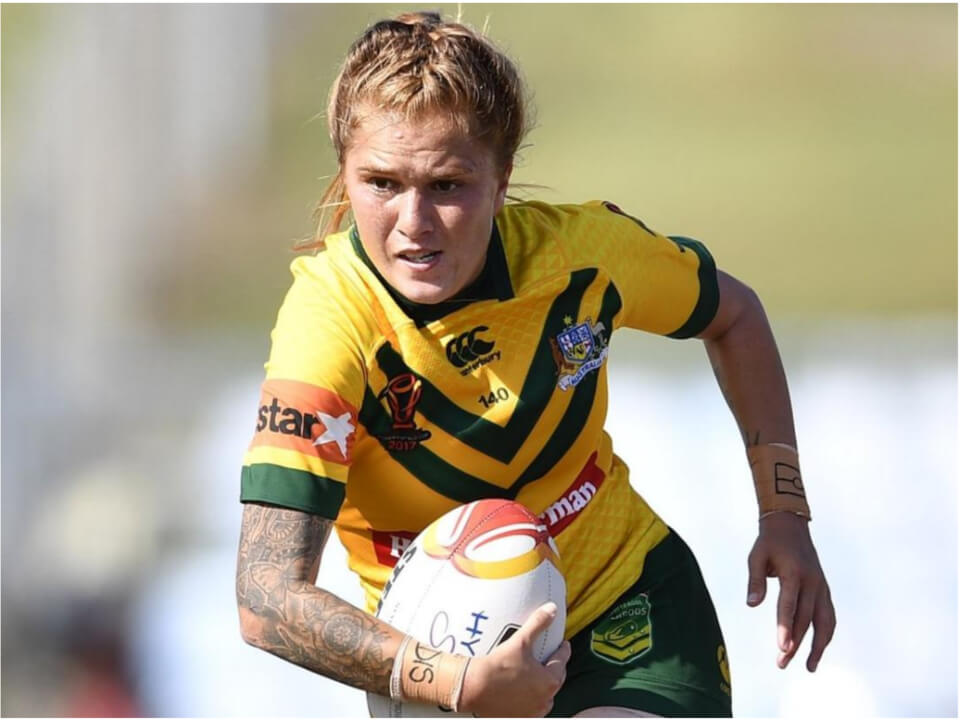 Caitlin Moran was born on November 20, 1996, in Muswellbrook, New South Wales, Australia. She was brought up there by her parents. No information about her parents and siblings is available at the moment. Caitlin has always been a sports lover and so her focus was on sports more than studies. She completed her schooling at a private school in Muswellbrook in Australia. It is assumed that she graduated from a local university.

At the age of 20, she became popular by being the team member of winning Australia women’s national rugby league team squad for the fifth staging of the Women’s Rugby League World Cup, 2017 Women’s Rugby League World Cup, held in Australia between 16 November and 2 December. The following year, she was named one of the five marquee players for the Australian professional rugby league football club, Brisbane Broncos women’s team which commenced playing in the NRL Women’s Premiership in September.

On September 13th, 2022, Caitlin posted about Queen Elizabeth II’s death and mocked her by calling her “dumb dog”. She deleted the post after eight hours but soon received a breach notice by the National Women’s Rugby League under their code of conduct as screenshots might have reached NRL’s integrity unit. She is blacklisted from one match and is fined 25 percent of her contract. It is also said that she will be forced to undergo education and training on the appropriate use of social media. She has five days to respond to the notice. The public is divided into two as some fans are furious by her suspension but others are highly criticizing her act.

Caitlin Moran has not opened up about her love life or boyfriend. No clue from her social media is either available. Caitlin shares her views and news regarding her leagues on Twitter. She has more than 200 followers on her Twitter account. Caitlin joined Twitter in February 2017 and she is also active on Instagram. Her official account (@caitlinmaymoran) is where she frequently posts with her friends and team members. She has a good following of more than 14000 followers.

Caitlin’s wealth has accumulated over the years through her salary as a Newcastle Knights player and being on a professional rugby league football team. Her net worth is estimated to be $1 million.