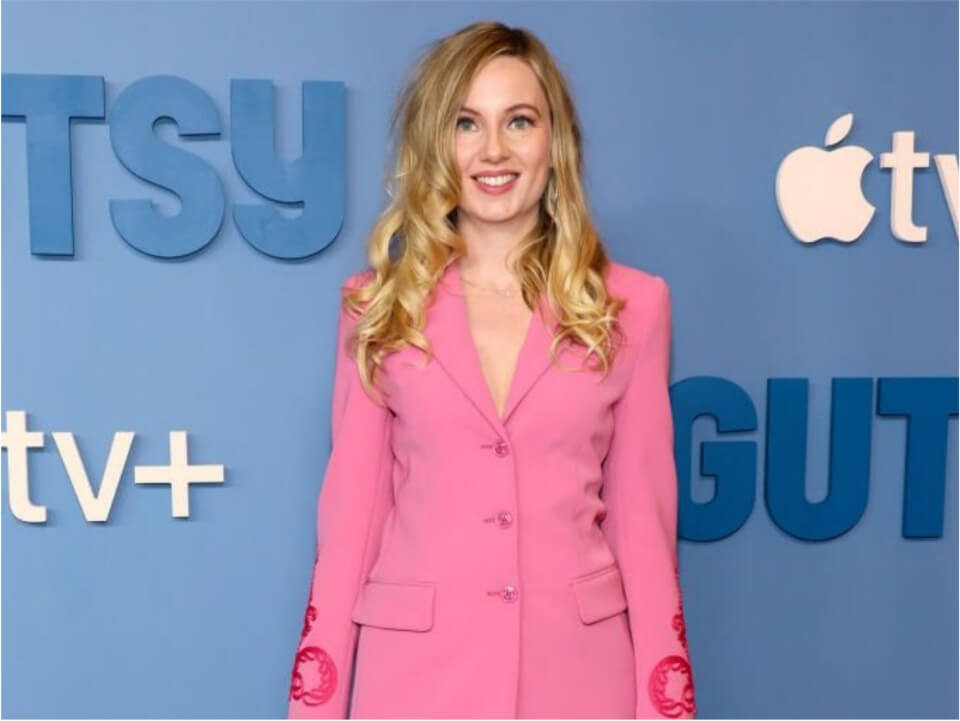 MJ Delaney is a Director from America who is best known for her Comedy TV Series – Ted Lasso, Powder Room(2013), Colonel Gaddafi: The Lost Footage (2011), Dictators in Dayjobs: The Colonel (2011), The Ballad of Renegade, and Julian Corkle is a Filthy. She was named as one of Company Magazine’s ’30 Most Powerful Women in Television Under 30′ and one of Broadcast Magazine’s ‘Hotshots in 2012’.

MJ Delaney was born in London, UK. Her exact date of birth is unknown. According to her appearance in public, she seems to be around 35-40 years old. Her father’s name is Barry Delaney and her mother’s name is unknown. Delaney is a British woman and belongs to the white ethnicity. She grew up with a sibling name – Milki Delaney. She completed her education in mass and media communication.

At 26, She created Newport (Ymerodraeth State of Mind), a parody of Jay Z’s Empire State of Mind which went on to become a YouTube sensation. While hustling for her career, she had a debut in a commercial campaign for the brand Aldi. This campaign won her many awards and honors. Among the various honors, she won the Best New Director at the BTAA Craft Awards, Best Campaign at the Campaign Big Awards, the Golden Circle Awards, and the BTAAs in 2012. Delaney has also tried her hands at directorial work. In 2012, she had her debut with directions and made the first long-form film, Ben and Lump, an original half-hour drama starring Thomas Turgoose, broadcasted on Channel 4.

MJ Delaney’s debut feature film, Powder Room, was picked up at Cannes Film Festival in 2013 and theatrically released worldwide by Universal Pictures later that year. In 2016, MJ Delaney teamed up with Global Goals to release -‘ What I Really Really Want’, a re-direction of the classic Spice Girls promo featuring women and girls from across the globe. A year later, she gave directions to another film called “the powerful Freedom” (featuring the stand-out track from Beyonce’s Lemonade album)- the kind of film that amassed millions of people and gathered a huge amount of views.

Most recently, she worked for Global Goals MJ released Think, a homage to the late Aretha Franklin and a powerful call for improving education for girls around the world. In 2018, She won the BAFTA for Best Short Form Program for Morgana Robinson’s Summer written by Sharon Horgan. In 2020, MJ Delaney won the Directors Guild of America Award for Outstanding Directing – Comedy Series for ‘Ted Lasso’ for the episode “The Hope That Kills You” on Apple TV+.

She is a married woman. She got married to Bashan Aquart. But her husband’s professional work details are not known. She has a cute daughter whose name is Shirley Beeaquart. MJ Delaney likes to maintain privacy about her personal life but ѕhе had ѕhаrеd daughter pictures. On 10 September 2022, she shared cute little daughter pics while walking.

MJ Delaney is an award-winning director for comedy series. She also works as an assistant crew member in the industry. She is a truthful and honest personality. Recently, she supports and raises voices for the Global fund for women. According to her professional career, she has earned approximately $5 – $10 million.