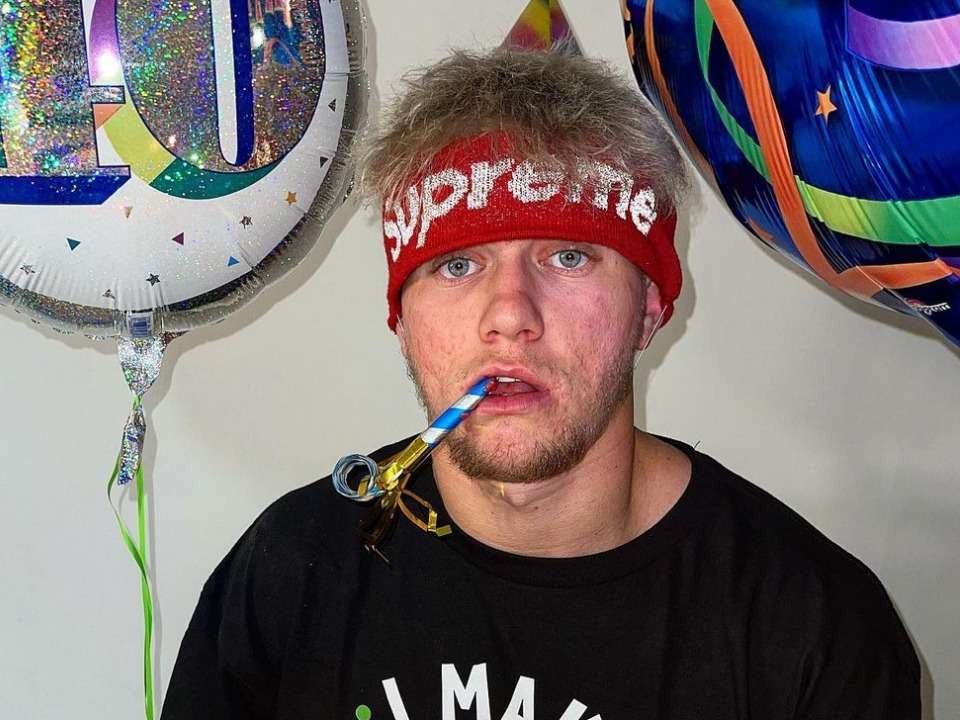 Supreme Patty is an American music artist, comedian, and entertainer prominently famous among the youth for his content and obnoxious pranks. He became famous through his self-made Instagram account and through other social media platforms.

Supreme Patty was born as Patrick Wallace on December 18, 1997, in Daytona Beach, Florida, United States. He is the son of father Bill Wallace and mother Angie Wallace and also has an older sister named Katie Wallace, who has featured on his various social media accounts. His parents got separated when he was three years of age. Growing up, Wallace was more interested in playing video games and listening to music like any other teenager.

Patrick attended Sugar Mill Elementary School and the Ormond Beach Middle School in Florida. For his high school, he graduated from Seabreeze High School in Daytona Beach. As he was more passionate about building his career professionally through the internet, he decided to give up on academics and did not pursue his further education thus not attending college. But Patty did enroll himself into Santa Fe College in Gainesville, Florida.

Supreme created his official Instagram account in 2013 and his first post dates back to the one with his sister, Kathie. Thus, he ventured into the social media platform, and soon even started making Vine such as eating three hot-dogs in less than 5 seconds, this was his first Vine that became viral. In April 2015 he also created his YouTube channel under the name Supreme Patty TV. He has been famous for his dangerous and obnoxious pranks. Supreme also had his interest in music and trained to become a Hip-Hop artist and rapper. Soon he began releasing his singles, including Tweakin, BLLB, Focus (feat A.Millz), and Watchin, out of which his debut being On Go. He also has a YouTube channel where has over 520k subscribers and 33,307,719 total views as of 2021.

He has also collaborated with social media star Danny Duncan. On February 5, 2018, Supreme released his single Gelato, which instantly became a hit and now has 3 million views on YouTube. Subsequently, on November 20, 2018, Patty also released Just Woke Up (Feat. YNW Melly) which is one of the most famous songs and has over 8 million views as of 2021. Other than his music, the video I Got All My Acne Removed has also been viewed by over 2.1 million viewers. Currently, he has released more than 18 singles in his career, the most famous to date being Small Wee Wee (feat FunnyMike) and has 13 million views.

Patty has always been entertaining his followers with his stunts and updated content. Apart from this he also releases new singles every year, however, there are no in-depth details about the same. On many occasions, Patty has been taken into custody, including for driving erratically and carry firearms without a permit. Though he was released on bail all the time. The 23-year old content creator and artist has grown very famous in the upcoming generation. He has over 5.9 million followers on his official Instagram account @supremepatty and 43.2k followers on Twitter.

Patty has been in a relationship with Meghan Marie Buchanan since July 2018. They have been together for more than 3 years now and both of them are quite open and have seen sharing pictures together. He also bought a house for himself, where Patty and Meghan reside together in Dayton Beach.

Supreme has come into the limelight due to his Instagram and YouTube channel. The majority of his income is generated through the views he has on the respective platform. Apart from this, he also does endorsements and advertisements and has his own merchandise line. As of 2021, his net worth is estimated to be around $1 million US Dollars.