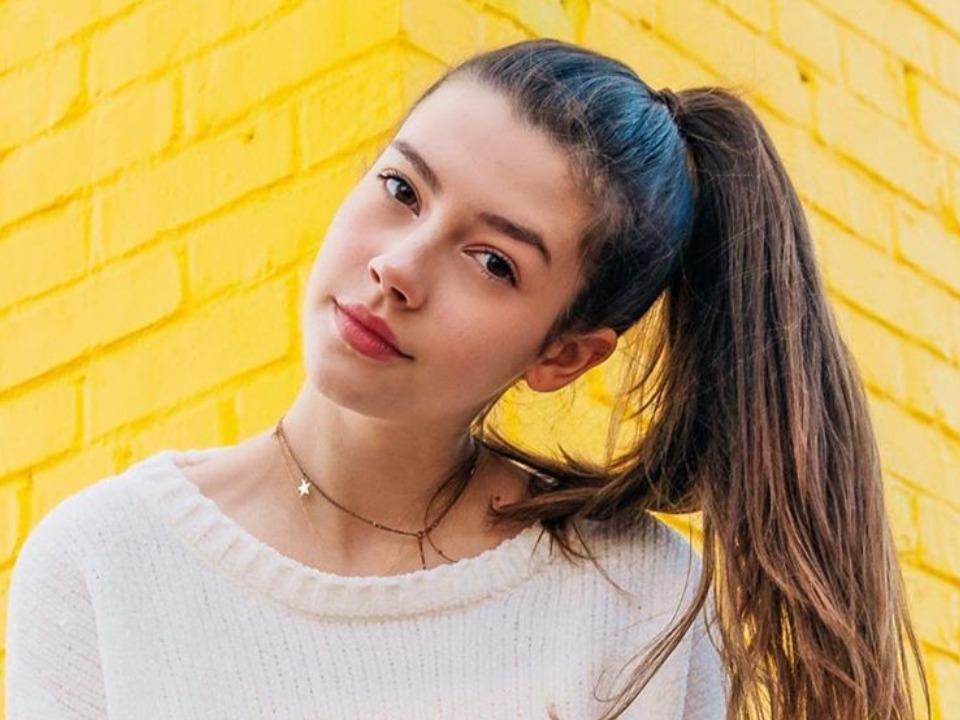 Sissy Sheridan is a young, gorgeous, and talented Actor, Model, Singer, Dancer, YouTuber, and TikTok Star from Washington D.C. She is known for her song cover of Most Girls by Hailee Stanfield which received a tremendous amount of attention and appreciation. She has also worked in various TV series and films. DIY with me a nickelodeon TV series was hosted by her. She is also very health conscious and shares her fitness videos.

Sissy Sheridan was born on 15th June 2004 in Washington, DC, United States of America. Despite being a social media sensation, she has not shared much about her parents but has a sibling named Julian. She also grew up with three dogs with whom she was very close. At the age of 6 years, her mother enrolled her in a musical theater camp where she started acting. She wasn’t able to attend Langley High School but due to her travel and acting schedule, she attended Laurel Springs School which is online. She is also trained as a dancer in categories such as tap, ballet, and jazz.

On 25th February 2017, she created her YouTube channel and has around 41.7 thousand subscribers. In September 2017 she also made an appearance in TV series named “Maniac” and “Chicken Girls” as a character named “Angie”. Apart from acting, she was also a host of the Nickelodeon web series named “DIY with Me”. At the theatre, she played the role of Annie Warbucks and Annie. She has also worked in films named For Hope, Homeless Bound, The Catcher, and Paper Airplanes.

Apart from being an actor and Youtuber, she is also a Tik Tok star. She usually posts comedy and duet video content on her account. Her most viewed video is a cover of Most Girls by Hailee Stanfield. Fans are quite influenced by her amazing lifestyle as she shares each and every moment on social media accounts. She also is very focused on fitness issues.

She is currently dating social media star named Miles Despair. She has been quite secretive about her love life as she does not want the public to interfere in the same. The couple also looks very adorable together.

She is a TikTok star, Actor and theatre actress, model, Youtuber, and singer. Her net worth is estimated at around $5oo thousand. This young actress has a long way to go and we wish her a lot of success for all her future endeavors. She is very active on social media sites and has 657 thousand followers on Instagram and around 19.1 thousand followers on Twitter. Sissy is also on Snapchat, TikTok, and YouTube. Her amazing personality and Lifestyle are something that captures her fan’s attention. On her TikTok, she has more than 229,000 followers and receives more than 2 million views on her TikTok Video