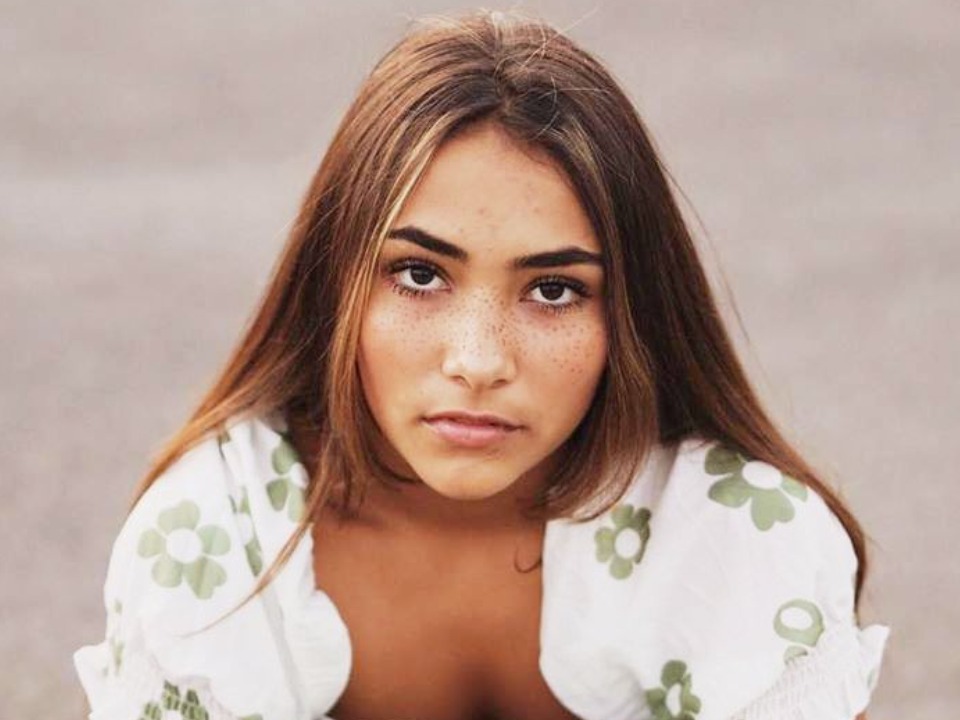 Sienna Mae Gomez is an American TikTok Star and a rising social media influencer who promotes body positivity. Despite her tender age, she has amassed massive fan followings with popularity. In the upcoming days, it is no wonder she will emerge as one of the top influencers in the country.

Sienna Mae Gomez was born on January 16, 2004, in Laguna Niguel, California, USA. Her father Ramon M Gomez is a businessman whereas, her mother is Dina Gomez. Her ethnicity is Mexican-Russian as her father is Mexican and her mother is of Russian descent. Sienna grew up with her three siblings – two brothers and a sister. Her brother, Jacub Gomez, is a professional photographer. Her sister, Micaela Drew Gomez, is a yoga teacher.

Sienna always wanted to be an entertainer. When she started posting on TikTok, she was working towards her passion. Sienna started with sharing dancing and duet videos. Within a very short time, Sienna achieved a huge number of followers and gained fame on the platform. Within just two weeks of joining TikTok, she had more than 1.5 million followers. She was overwhelmed by fame but she said that she wouldn’t change it for the world. She has two TikTok accounts. One goes by the name siennamae and the other one is named siennamaegomezz.

Both of her accounts are verified. At present, she has more than 4 million followers on the app. She has collaborated with various other TikTok stars including Jaden Barba.TikTok featured Sienna as one of their 12 Latin Trailblazers in September 2020. Sienna is a graceful dancer. Her dance videos promote body positivity. She is also famous by the name spicylatina on social media. One of her TikTok videos, wherein she hangs out on a set of bleachers with two friends, set to the song Forever from Euphoria, gained more than 7 million views.

Sienna is a teenager who is still pursuing her education. She is currently studying at Junior High School. TikTok stars Jack and James Wright also studied at the same high school. She has never confirmed her relationship status but based on her Instagram posts, it was rumored she dated a guy for more than six months. However, they split up without disclosing a reason. At present, Sienna is single.

As of 2020, Sienna’s net worth is estimated to be $200,000. Sienna created her Instagram account in 2016 and at present she has 419k followers and they are growing rapidly.  She is also an active Snapchat user. After gaining popularity on TikTok and Instagram, Sienna created a YouTube channel in September 2020. Her channel currently has two videos. In one of her videos, she answers various questions related to her fame. In a short span, she has garnered more than 80K subscribers on her channel.