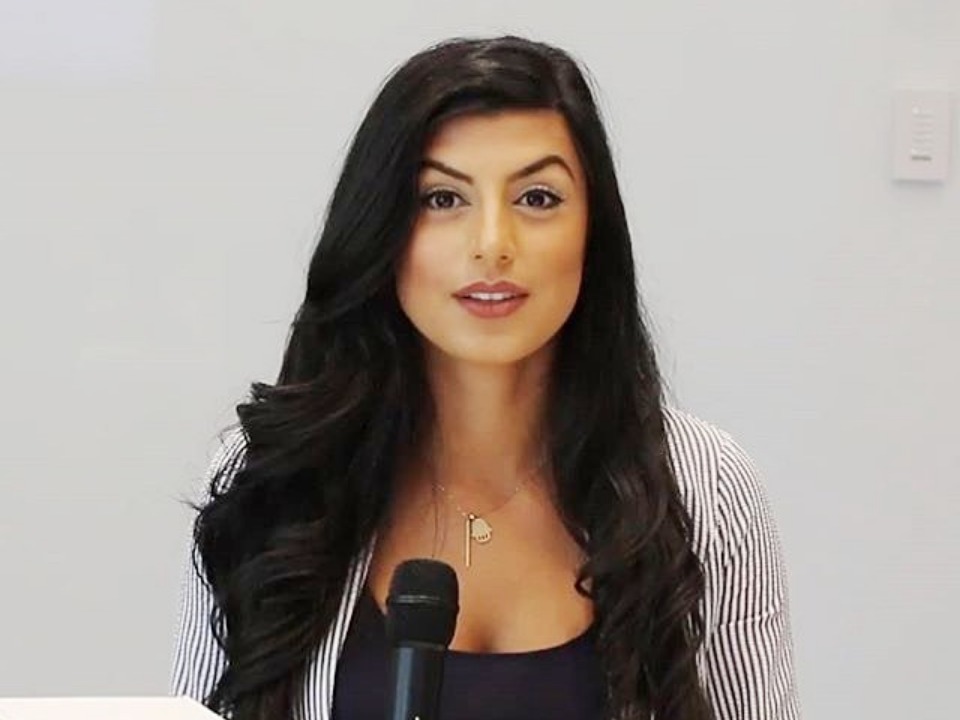 Shay Shariatzadeh is a Canadian product manager at Sonatype. She is also an engineer who is famously known for being the wife of WWE Champion John Cena. The couple has tied the knot recently in October 2020.

Shay Shariatzadeh was born in 1989 and is of 31 years of age currently. She was born in Vancouver, Canada, and grew up in the same neighborhood. Her mother is a famous surgeon and has a brother who is also an engineer. Growing up she considered her mom an inspiration and wanted to be independent like her. She did her schooling at a local high school and enjoyed maths and physics. Later she attended The University of British Columbia where graduated with a degree in Electrical Engineering in 2013.

While she was studying at the University of British Columbia, she started to work as a Sales Associate at the Third Key at La Vie En Rose starting from November 2007 to September 2009 and was also recognized as one of the best sellers. After this, she moved to Guess as a Sales Associate in August 2009. She was in charge of a variety of operational duties such as customer fulfillment and generating sales. Shay worked there for approximately 1 year and 10 months and left the job in May 2011 as she was offered a new role in Alpha Technologies Limited as the Software Test Engineer Co-op. however, she worked in the role for a short duration of 5 months.

In September 2012, she went became an Engineering Peer Advisor at The University of British Columbia where Shay helped students who were in crisis or in need regarding their career planning and so on but after working with the university for 8 months, she went back to her previous job at Alpha Technologies Limited in Vancouver, Canada as an electrical engineer and worked with the R&D team. After one year she was then promoted to the role of Applications Engineer and then in May 2015, she went to work with Motorola Solutions as a Product Manager in Vancouver.

Shay was equipped with many tasks such as conducting market research, establishing product strategy, working with beta and pilot programs, and many more for nearly 4 years and 7 months, and then was offered the role of Product Manager in Sonatype, an enterprise software company. She has been in the position since December 2019 and currently works there. Apart from this she has also taken part in discussions, provided assistance to students, been a mentor at her university, contributed to the future of engineering and technology, and act as a wellness role model and coach. Overall, her professional achievements are over the top and quite impressive.

Shay has been very famous for being the girlfriend of WWE champion John Cena. The couple met each other when John was in Canada to film Playing with Fire and met Shay at a restaurant. Both have them have been spotted to go dates since early 2019 and recently on October 12, 2020, the couple tied their knot during a private ceremony in Tampa. Shay and John have also been spotted being romantic on the red carpet, it is assumed that they got engaged in February 2020.

Her net worth as of 2022 is estimated to be around $250,000 US Dollars. her major source of income is from currently being the product manager at Sonatype and working in the engineering and technology field.