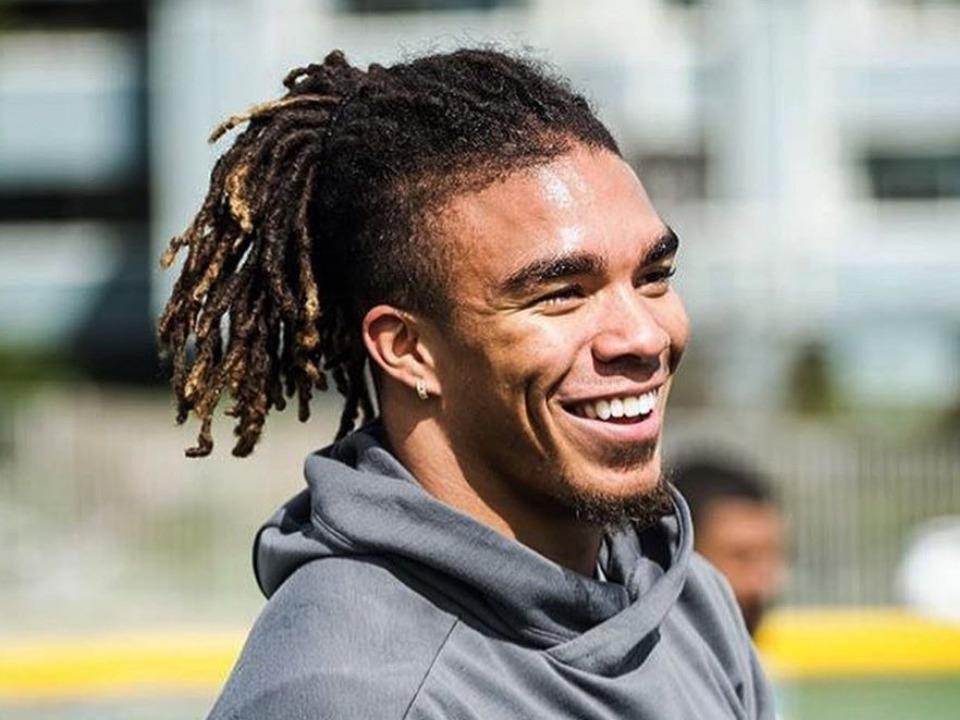 Chase Claypool is a Canadian-American football player who plays the position of wide receiver for Pittsburgh Steelers of the National Football League, he got drafted in round two of the 2020 NFL draft. he attended Notre Dame University and played college football for the college.

Chase Claypool was born on July 7, 1998, in Abbotsford, British Columbia, Canada to Jasmine and Chris Claypool. He the youngest in the family with four brothers of which two of his brothers are step and a sister. When he was 13, his sister Ashely committed suicide who was one of Chase’s biggest supporters. He went to Abbotsford Senior Secondary School he competed in BMX bike races but through the years his physique got muscular and Chase focused more on basketball. At one point in time, he even thought basketball will be his future.

Chase describes football as his comfort zone. Growing up be played many sports including football and basketball. He picked up basketball as a hobby but soon realized football felt like home and wanted to make his career in the sport. In school, he set quite some records, and then in 2016 got enrolled at the University of Notre Dame in 2016 as a freshman. Chase played 12 games in the season thereby making 5 receptions for 81 yards. In 2017 he was a sophomore and played 8 games out of 12. He made 29 passes for 402 yards with two touchdowns for the team.

Claypool started 12 games out of 13 as a junior in 2018 where he made 50 receptions for 639 yards and 4 touchdowns finishing second on the team and for his final year in 2019 as a senior, he became Notre Dame’s first receiver. In particular, he recorded whopping 66 receiving receptions for 1,037 yards and 13 touchdowns. this was his best performance in all 4 years. In total during his college career, he made 166 passes for 2,619 years and 23 touchdowns.

In the 2020 NFL Draft, Chase was selected by the Pittsburgh Steelers in the second round as the 49th overall pick. After his selection, in September 2020, he made 3 passes for 88 yards with an 84-yard touchdown. He continued the week finishing by receiving 110 yards with 4 touchdowns against Philadelphia Eagles. This has made Claypool the first rookie on the team to score four touchdowns in a game after Roy Jefferson in 1968.

His performance is outshining and improving in each game. Apart from his professional career as a footballer, the young man recently in July 2020 started his own YouTube channel with the name Chase Claypool and so far, he has uploaded vlogs from his day-to-day life, reactions, and NFL clips. Within 2 months he has more than 39k subscribers.

The 22- year old wide receiver of Pittsburgh Steelers seems to be too focused on his professional football career rather than his personal life. There are no rumors of Chase being in a relationship with anyone nor has released any details about the same.

In the 2020 NFL Draft, Chase Claypool was selected by the Pittsburgh Steelers in the second round itself. He was taken in with a single bonus of $593,023 US Dollars and a base salary of $610,000 US Dollars. The estimated net worth is said to be around $ 2 million.