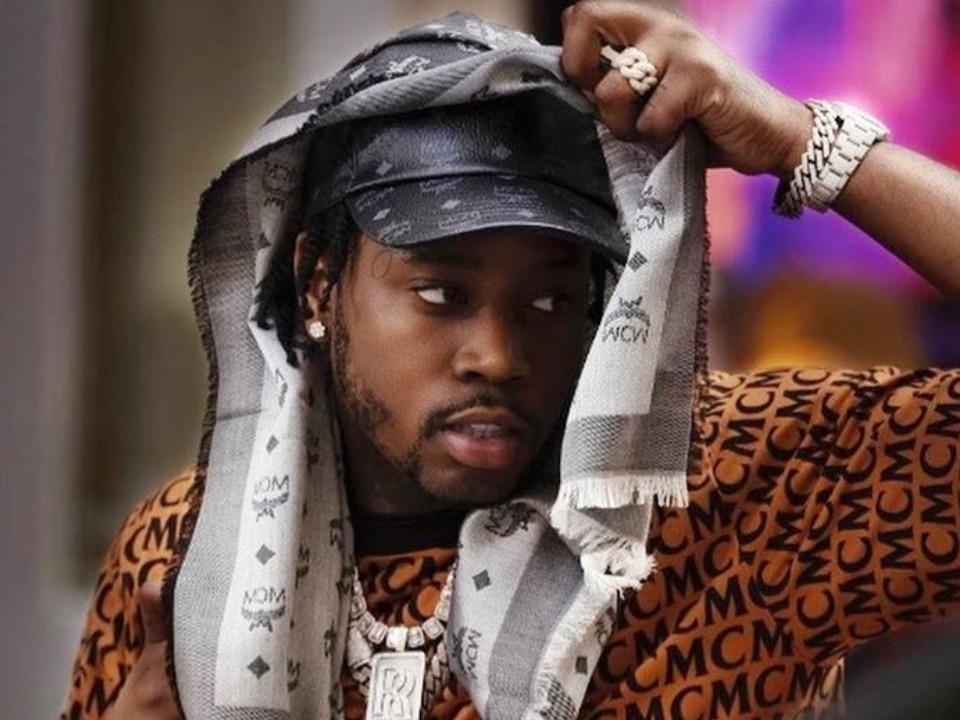 Fivio Foreign is an American rapper and songwriter. He rose to fame with his single – Big Drip, which was released in 2019. Maxine Lee Ryles III, who is popularly known by his stage name Fivio Foreign was born on March 29, 1990, in Brooklyn, New York, USA. His ethnicity is Africa- American. In 2018, Fivio lost his mother. His mother passed away due to a stroke.

Fivio Foreign learned to rap at the age of 7 and began watching YouTube videos of famous rappers. This sparked his interest in the rap world and started his career as a rapper in 2011. He went by the name Lite Fivio, however, in 2013, he changed his stage name to Fivio Foreign. He also formed a music collective titled  800 Foreign Side with his friends. A year later, in 2014, he got the chance to work with Gino Montana and appeared on the single Like Some Stars. In 2018, he started taking his music career more seriously after his mother’s death and went on to appear in songs like Gimme Dat with Jay Dee and Act Out with Alshawn Martin.

2019 was a breakthrough year for him as his debut EP Pain and Love was released under the record label Foreignside Records. He also signed a million-dollar deal with Columbia Records in October 2019. In the same year, he released his single Big Drip which received a remix with American rappers Lil Baby and Quavo. The release of Big Drip skyrocketed his music career as a rapper. The song received more than five million hits on SoundCloud and became his most successful single.

After that, various opportunities opened up for Fivio. He performed along with Juice WRLD at the Rolling Loud Festival in New York in 2019. Fivio Launched his own Non- Profit Organisation called Foreignside Foundation which aims to provide resources and programs for the homeless, at-risk youths, along with past and present gang people. This foundation was started by him in the loving memory of his mother who loved to give back to the community. His recently released mix-tape, 800 B.C., features artists such as Meek Mill, Quavo, Lil Baby, and Lil Tjay.

Fivio was a victim of the shooting that took place in Atlanta nightclub Elleven45 in August 2020. During the shooting, he was injured and was rushed to the hospital. After this incident took place, there were various rumors which claimed that Fivio was shot dead. However, Fivio addresses those rumors on his Twitter account. Fivio is presently expecting a child with his girlfriend, Jasmine Giselle. His girlfriend goes by the name Jasmine Foreign on her Instagram account.