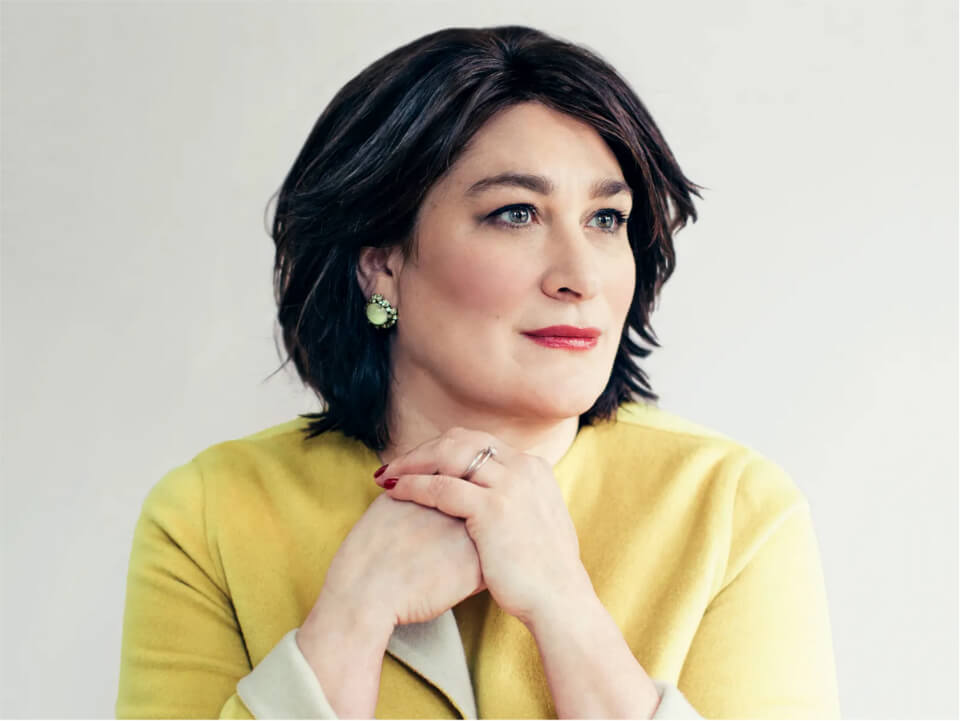 Sarah Vine, in full, Sarah Rosemary Vine is a Wales-born Britain personality who is working as a columnist. She has written many articles for the Daily Mail since the beginning of 2013. Previously, she held the position of arts editor at The Times. She is best known as the wife of Micheal Gove who is the primary reason behind the resignation of Boris Johnson, current Prime Minister of Great Britain.

Sarah Rosemary Vine is 55 years old because of her birth in 1967. She was only 5 years old when her family moved to Italy, they initially stayed in Rome and then moved to Frascati. Sarah was 16 years old when her family returned to the United Kingdom and she started going to the comprehensive schools of Hammersmith and West London, Holland Park School, and Lewes Technical College near Brighton. She came to learn and study modern languages at University College London.

Immediately after completing her graduation, Vine started working in the customer service department for the retailer Hobbs Ltd. She landed herself various jobs in the field of journalism, and TV listings, at the Daily Mirror and then became features editor for the magazine Tatler, before finally joining The Times, where she was promoted to the position of arts editor at the newspaper. Despite being in the position of columnist, Vine has also attested the role of authoring and co-writing books.

In 2007, she worked with Rosemary Davidson and co-wrote the book The Great Big Glorious Book for Girls. During the time, she was a columnist for The Times, where she worked for 15 years, and later joined the Daily Mail in 2013. In 2019, she received a prestigious award for her work and was called the Columnist of the Year – Popular (2018) award at the occasion of the Society of Editors’ Press Awards.

The Matter of Private and State-Owned Schools

In March 2014, Vine and her husband made a combined decision to send their daughter to Grey Coat Hospital comprehensive school in Westminster. This made Vine’s husband Michael Gove the first Conservative Party education secretary for having his child be chosen to study at the state over the choice of the private school. Then in her Daily Mail column, Vine celebrated the “miracle” of state education and talked about the educational status of the private schools with critical judgments. She said words like “let’s face it, about snobbery”. In her column, she also added her decision to send her daughter to the state secondary school instead of private sector schools to receive a broad education.

Criticism Over the Matter of Kitchen

During general elections in the United Kingdom in 2015, Vine used her column to criticize Ed Miliband, the Labor leader Party, his wife, and their ‘forlorn little kitchen’. She reported that her own kitchen is around 10 years old and stated that the “hob has many knobs missing”. On the other hand, Private Eye magazine questioned the criticism of Vine and commented on the prize that she reported in the column- £7,000. She stated that she had to spend this much amount as part of her husband Michael Gove’s MP expenses. After the magazine questioned Vine’s attitude, Vine suggested that it was a “twisted interpretation”.

Sarah Vine and Michael Gove married each other in 2001. When they met, Sarah was the arts editor and Gove was the comments editor at The Times newspaper. Michael Gove is now the housing secretary and is earning a net worth of around £1.6m or $1.92m, as reported by The Tab. The pair together produced two children during their marriage- one son and one daughter. Vine is also said to be the godmother of one of former Prime Minister David Cameron’s daughters. In July 2021, the pair issued a joint statement where it was written that Michael and Sarah agreed on their separation and they are in the process of finalizing their divorce.

Michael Gove and Sarah sold their old family home with five beds and a west London House worth £2,095,000. Surely, Sarah Vine is earning a good income because of her only profession of columnist, the position where she is flourishing day by day and has also earned an award. For the moment, Vine’s estimated net worth is somewhere around $2 million.